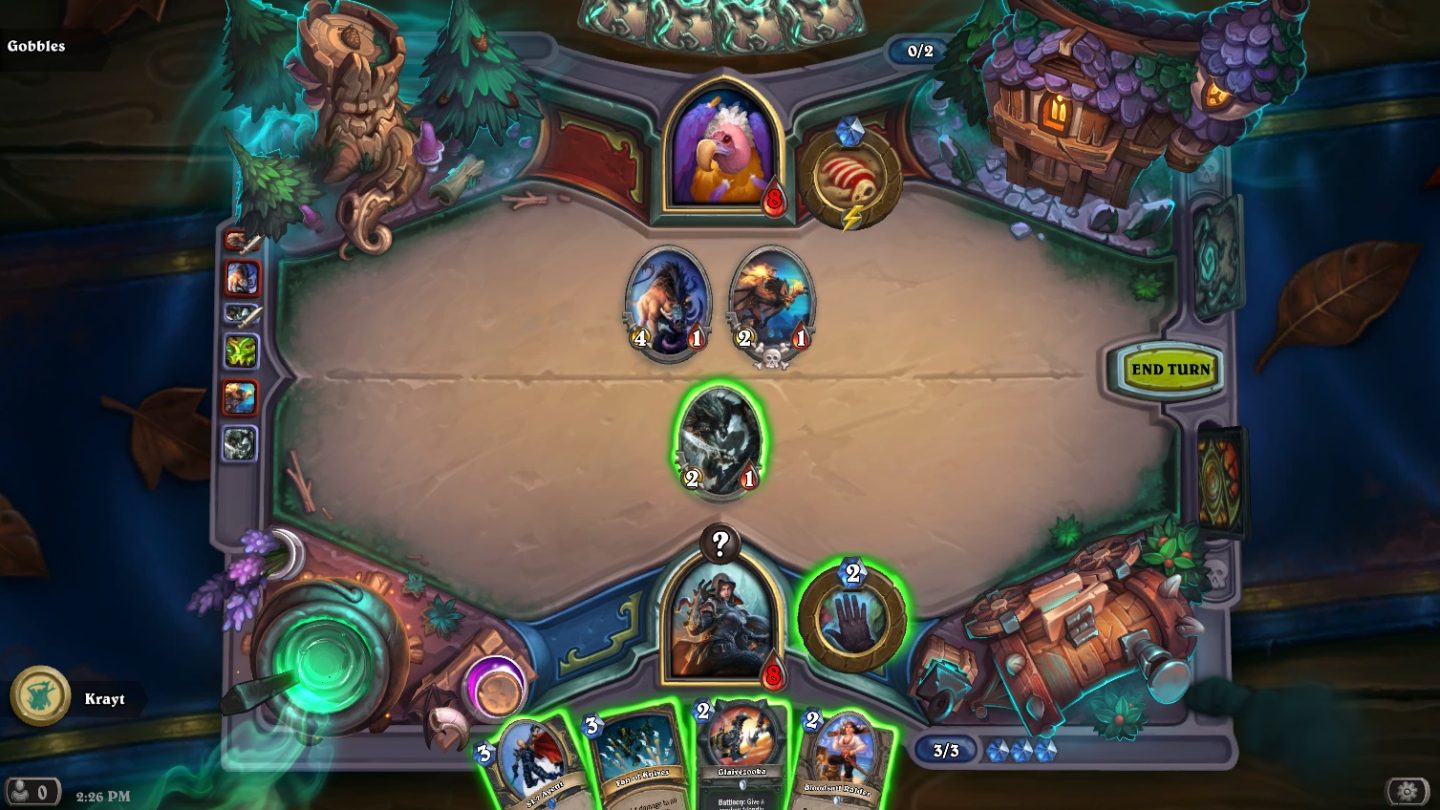 Blizzard launched its latest Hearthstone expansion, The Witchwood, exactly two weeks ago. The expansion include over 130 new cards, a new board and everything else you’d expect, but there was one feature Blizzard said wouldn’t be ready at launch: A new single-player mode to complement Dungeon Run. Two weeks later, the mode has finally arrived and you can play your first round of Monster Hunt right now from the Solo Adventures tab.

Monster Hunt is similar to Dungeon Run, but there are a few key differences. Rather than picking from the standard nine classes when you begin your run, you’ll choose between four unique heroes specifically designed for the mode. Once you pick a hero, you’ll face off against a series of boss monster before battling a nemesis boss.

If you manage to defeat all four nemeses of the four heroes, you’ll have the opportunity to combine their power to take on a final encounter with Hagatha the Witch. Beating her will net you a Monster Hunt card back.

Like Dungeon Run, the mode won’t dole out regular rewards, but you’ll receive a quest the first time you log in tasking you with defeating 10 monsters with one of the heroes. You will get a free card pack for completing the quest, and you can repeat it with each of the other three heroes for a total of four free packs.

For all of its flaws, Hearthstone has had no lack of content in recent months. These new modes add a replayability factor that wasn’t present in the first few years of the game’s existence.