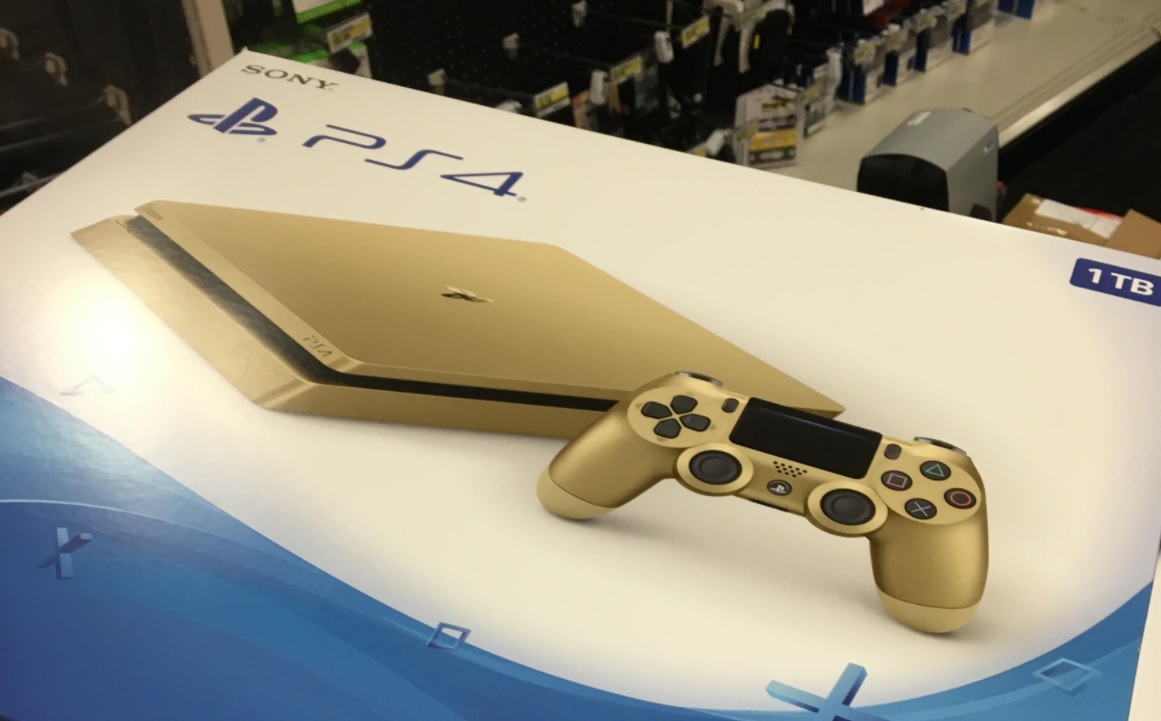 Sony will launch a gold-colored PlayStation 4 next week, if two new leaks are to be believed. On Wednesday, Reddit user Sliye — who claims to work at Target — shared a photo of the gold PS4, saying that it appears in the store’s system and that it’s slated to launch on June 9th. This leak was backed up by another leak a few hours later, from a Walmart shopper who tried and failed to buy one.

Based on the images, the gold PS4 appears to be nothing more than a new color option for the slim PS4 model that launched last September. The packaging shows that the gold PS4 will feature 1TB of storage, but if the Walmart leak is legitimate, Sony might be bringing the price of its 1TB model down to $249. At the moment, the 500GB model costs $249 while the 1TB model costs $299.

With Nintendo still riding the Switch wave and Microsoft preparing to unveil Project Scorpio at E3 2017, it would make sense for Sony to spruce up its own hardware lineup this summer. Sony has yet to actually confirm the existence of the gold PS4, but these leaks are really all the confirmation we need.

Oh, and if that’s not enough, a listing for a gold DualShock 4 controller appeared on Best Buy’s website today. That’s either one heck of a coincidence, or Sony is on the verge of releasing a gold PS4.

If you want to see what else Sony has in store for 2017, you can tune in for the live stream of the PlayStation E3 Media Showcase at 6 PM PT / 9 PM ET on Monday, June 12th.