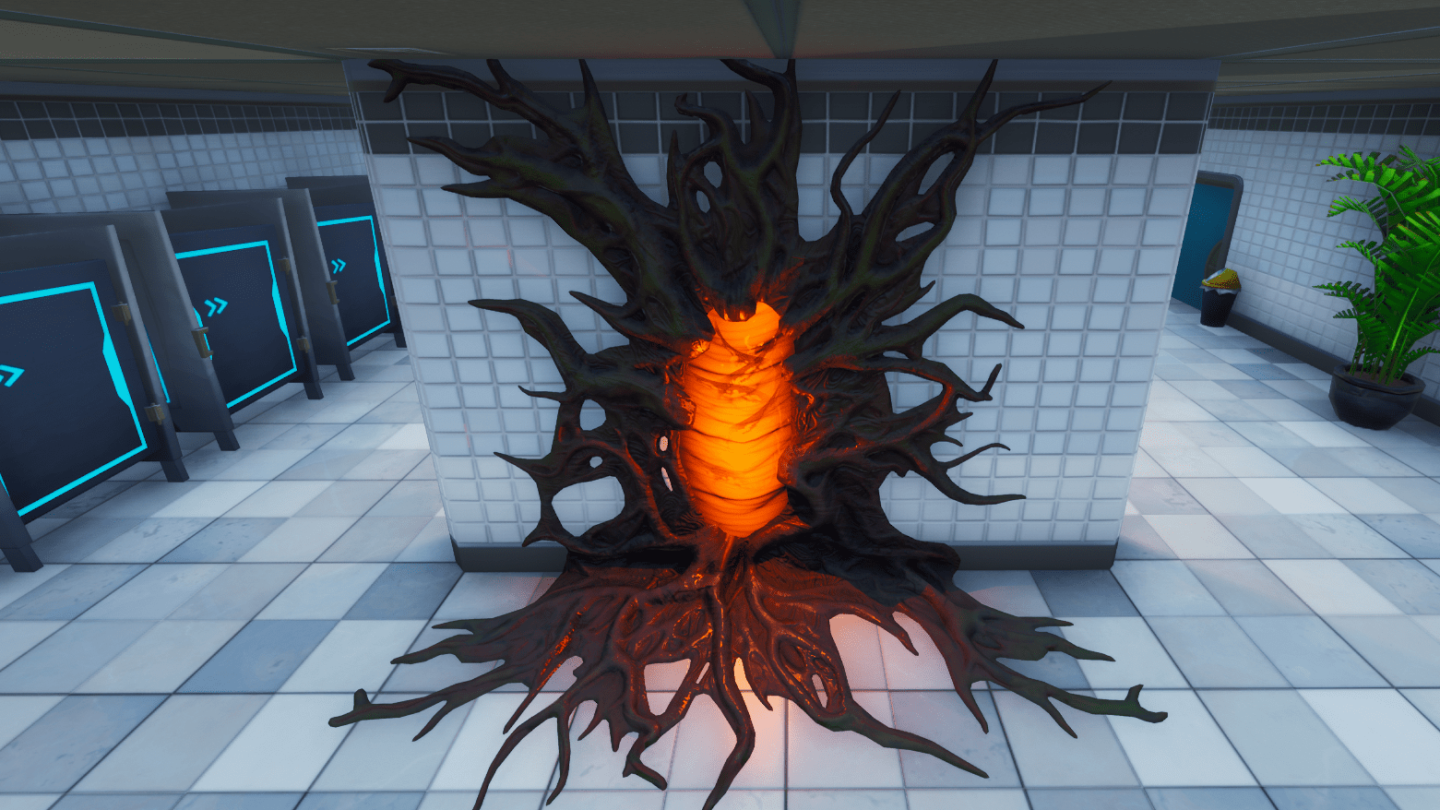 With just hours to go until Stranger Things 3 arrives, The Upside Down appears to be leaking out into other realities, as Fortnite players have begun to spot portals from the popular Netflix series inside the game.

As of Wednesday morning, orange portals began appearing inside Fortnite’s Mega Mall, which can be found near the middle of the map. Not only do they look just like the portals from the show, but if you get close to them, you can hear some of the same noises that the denizens of Hawkins, Indiana heard when the portals started to appear in the town. Walking into a portal will teleport you to whichever portal it’s connected to elsewhere in the mall.

This isn’t the first crossover between the worlds of Fortnite and Stranger Things. Back in May, Epic Games added a Scoops Ahoy ice cream shop to the Mega Mall as well, which just so happens to be the same store that will appear in the third season of the show. Check out the portals in action in the video below:

All signs point to a more elaborate collaboration between the two properties in the near future. We saw just how far Epic Games was willing to stretch the boundaries of its game when Fortnite crossed over with Avengers to bring a Thanos limited time mode to the game. Perhaps something similar is in store for Stranger Things.

Fortnite Insider also revealed that encrypted files for two new Stranger Things-related skins have been uncovered: Chief Hopper and Demogorgon. Epic has yet to confirm any of this, but if you’re struggling with the wait for Stranger Things 3, you can go experience the portals for yourself in Fortnite right now.