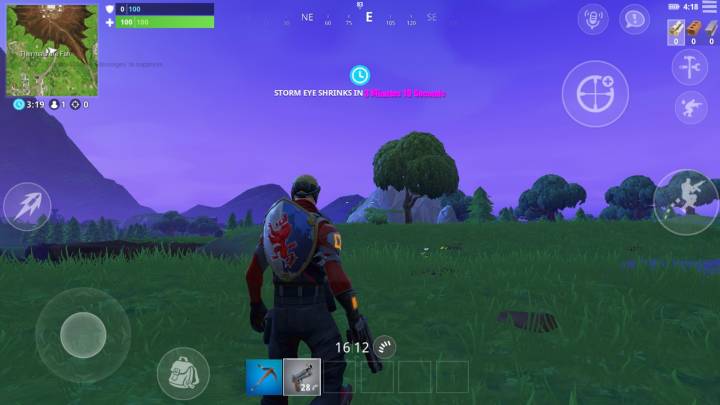 Fortnite continued its global dominance in April when Epic Games released the mobile version of the game on iOS. A month and a half later, Fortnite remains one of the five most popular free games on the App Store, but Android users are still waiting for the game to make its way to the biggest mobile platform on the planet.

Epic still doesn’t have a precise date to share, but according to a blog post on Friday, they’re “targeting this summer.” So it’s not a guarantee, but Android users should be able to join in on the fun before September 22nd.

In addition to the Android announcement, Epic also revealed that voice chat is currently in the works for mobile. Not only will you be able to communicate with other mobile players, but voice chat will support cross-platform play, which means everyone can join in on the conversation, no matter which platform they’re playing on.

Other quality of life and performance improvements include a customizable HUD (which rolled out for iOS users earlier this week), better controls, reduced installation size, and a Battery-Saver mode that will boost performance while lowering the quality of the graphics. That last feature will be especially useful for those of us who want to get a quick round of Fortnite Battle Royale in without killing our batteries.

Epic says that it is also planning to enable stat tracking on mobile this summer once other more pressing issues have been addressed, and, as always, the team is continuing to work on the game’s stability.