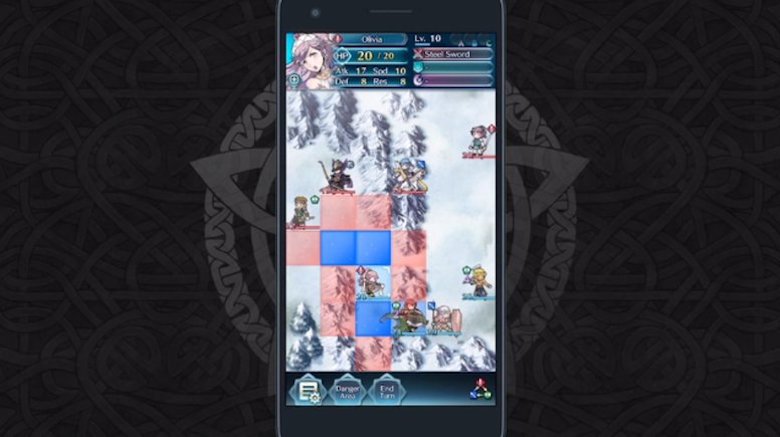 As expected, Nintendo unveiled its next mobile game on Wednesday afternoon during the company’s Fire Emblem live stream. The new game is called Fire Emblem Heroes it will release for both Android and iOS platforms on February 2nd, despite the video stating that it will come to iPhone and iPad “soon.”

While the maps in Fire Emblem Heroes all exist on the same 8×6 grid, Nintendo expects fans of the series to find the tactical aspect of the game just as challenging as they would in one of the series’ previous entries.

Fire Emblem Heroes will be free to play, but Nintendo says it will include optional in-app purchases as well. Those in-app purchases include orbs, which can be used to acquire new heroes to join your team. Although you can acquire orbs within the game, you can supplement your supply with real money too.

Along with a main quest, the mobile game also features a Training Tower in which to train your heroes, Special Maps where seasonal events will take place and Arena Duels where you’ll compete for high scores. You can also participate in Hero Battles, and if you win, that hero will join your team.

You can pre-register for Fire Emblem Heroes on Google Play right now.

Article updated to reflect the fact that the game will launch on iOS and Android simultaneously.