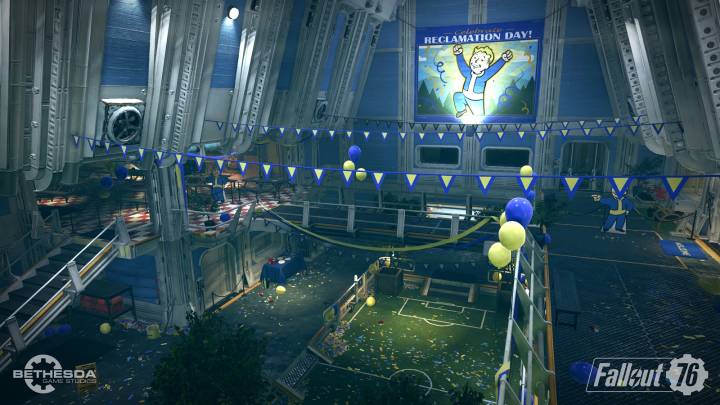 The next entry in the beloved and long-running Fallout series will launch this November, but you won’t have to wait that long to get your hands on it. On Thursday, developer Bethesda announced that the Fallout 76 B.E.T.A. (Break-It Early Test Application) will kick off for Xbox One players on Tuesday, October 23rd, with PS4 and PC players joining in a week later, on Tuesday, October 30th. No end date has been announced.

Unlike other recent betas, such as the beta for Black Ops 4, there is no specific timetable for the Fallout 76 beta’s availability. In fact, the servers will not be running 24 hours a day, as Bethesda says that it is more important to run the tests during prime hours when the largest number of potential players are available.

In addition to the confirmation of the beta start date, Bethesda also shared a video of what all players will experience when they first step foot into the post-apocalyptic world of Fallout 76’s West Virginia:

In order to access the beta, you’ll need to preorder the game, locate the redemption code on either your physical or email receipt of your purchase, create or login to your Bethesda.net account, and redeem the code here.

Bethesda says that the contents of the beta will be representative of the full game, and that the developer’s intent is to allow players to carry over their content from the beta to their purchased copy. That said, as with all betas, this is a work-in-progress version of the game, likely containing “a glorious array of issues.”

Fallout 76 will be available on PS4, Xbox One, and PC on November 14th.