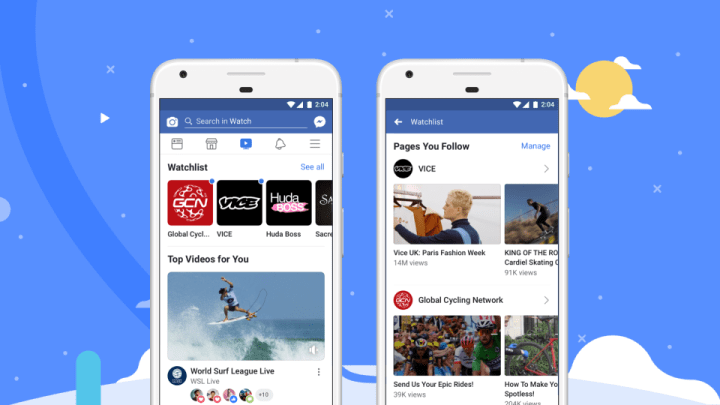 One of actress Elizabeth Olsen’s next projects is a 10-episode drama series called “Sorry for Your Loss” that debuts in September and explores how a woman copes and learns to move on after the death of her husband. It co-stars Kelly Marie Tran, from The Last Jedi, and previously appeared set to land at Showtime.

That is, before it ended up with a newcomer to the premium video content wars — Facebook Watch, which today announced a big milestone in its push to be a home for original video content like “Sorry for Your Loss.” The social media giant says its Facebook Watch platform is now available globally, one year to the month after flipping the switch and starting up Facebook Watch as an entirely new thing around this time in 2017.

Among other things, this announcement represents a major step up in Facebook’s crusade against YouTube and in its attempt to capture some of the creators and video consumption that as of now flows to the better-known Google-owned video platform. However, Facebook head of video Fidji Simo included some numbers today in a company blog post today by way of explaining how serious Facebook is about this next front in its evolution.

“Over the past year, we’ve made the experience more social,” Fidji says, “like making it easier to see which videos your friends have liked or shared, creating shows that have audience participation at their core, and opening Watch to videos from Pages. These updates have helped people discover and engage more deeply with videos they love — from Red Table Talk with Jada Pinkett Smith, to beauty mogul Huda Kattan’s behind-the-scenes show Huda Boss, to live Major League Baseball games.

“Every month, more than 50 million people in the US come to watch videos for at least a minute in Watch — and total time spent watching videos in Watch has increased by 14x since the start of 2018.”

Along with today’s announcement, Facebook is also expanding its Ad Breaks program so more creators can make money from their videos, in addition to offering new insights, tools and best practices to share with creators. Facebook says page are eligible for Ad Breaks, for example, if they’ve been creating 3-minute videos that have generated more than 30,000 1-minute views in total over the past two months. They also have to have 10,000 Facebook followers, meet monetization eligibility standards and be located in a country where Ad Breaks are available.

Until now, it hasn’t actually been easy for everyone to find the dedicated Watch section of Facebook, but the company has started to make that easier by making a shortcut easier to find. On iOS or Android, that Watch icon should be in the shortcuts bar or accessible via the “More” bookmark. You can also access Watch on Apple TV, Samsung Smart TV, Amazon Fire TV, Android TV, Xbox One, and Oculus TV.