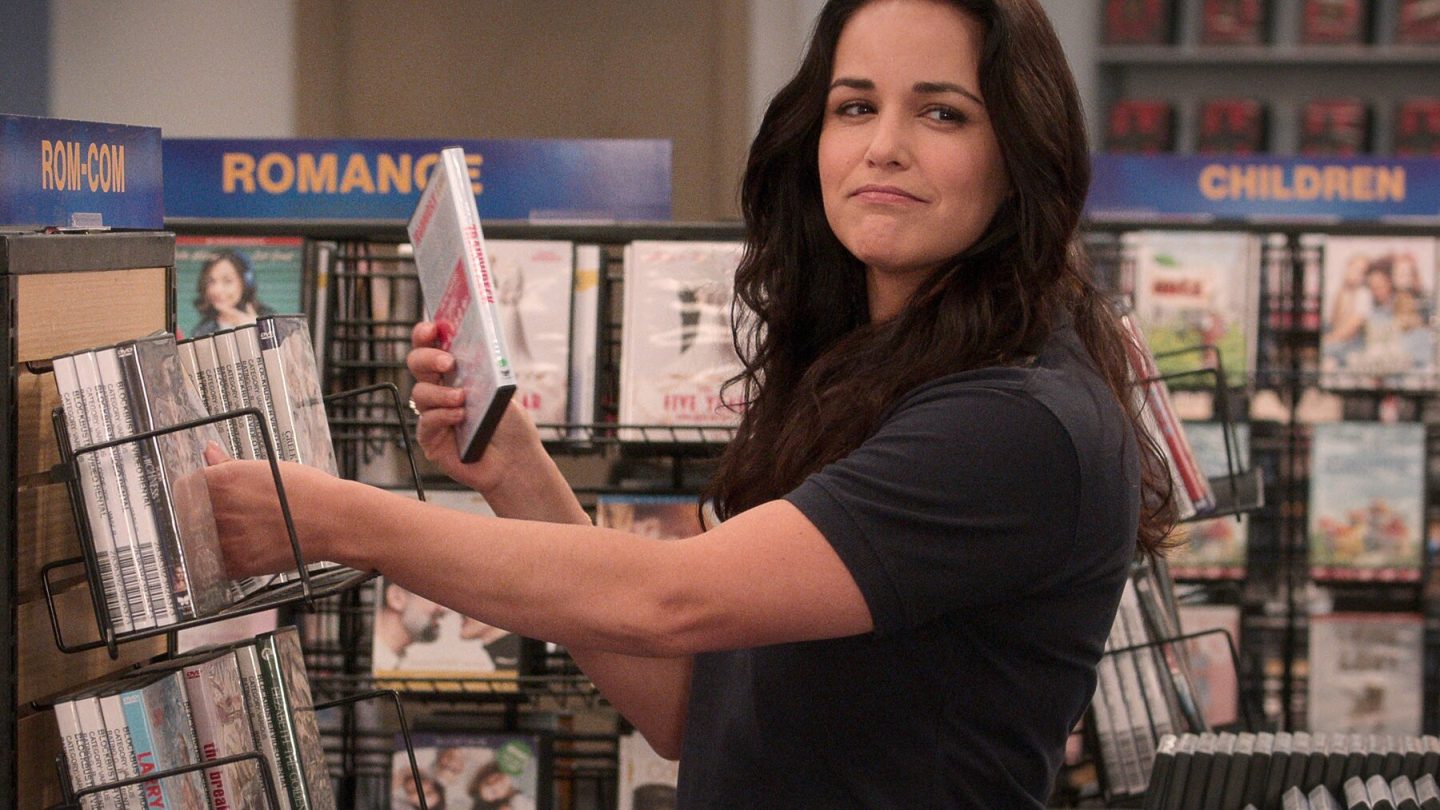 There’s something deliciously ironic about Netflix, the online video giant that killed off Blockbuster, making an original TV comedy about the once-dominant rental chain — and at a time when, for most of us, the prospect of trekking to a video store to buy a physical copy of the latest hot new release is the stuff of ancient history. But that’s the thing, too, with Blockbuster (the Netflix series, that is); the very concept is so retro, that there’s also a sweet kind of nostalgia pervading the new trailer that just dropped for this 10-episode series coming on November 3.

When you couple that nostalgia for a simpler albeit more analog time in all our lives with the presence of cast members like Randall Park and Melissa Fumero — and the fact that the Blockbuster series comes from the writers of comedy classics like Superstore and Brooklyn Nine-Nine — the new show would seem to have the makings of a comedic TV gem that just might fill the Office-sized hole in hearts like mine.

In the new trailer, the voice on the phone that’s speaking to Blockbuster manager Timmy Yoon sounds grim. “Seven more Blockbusters closed. You’re officially the last one on Earth.”

And so begins our first look at a new Netflix series that promises to be full of heart and affection for the thing that the streamer itself destroyed, the central premise here being that “Timmy and his staff employees including his long-time crush Eliza (Fumero)” must fight to stay relevant by reminding their community “that they provide something big corporations can’t: Human connection.”

I suspect, by the way, the audience that will appreciate a new Netflix series like this one is bigger than you might assume. Especially if you, like me, still have your weather-beaten Blockbuster card buried in your wallet or purse (I just checked mine, and it was issued way back in 2000 — good times).

Park’s Timmy, Netflix’s description continues, “is an analog dreamer in a 5G world. He’s spent his entire adult life dedicated to his first love, movies — a passion that’s kept him at his first and only job, managing his hometown Blockbuster Video.

“Then Timmy is alarmed to learn that his store is officially the last Blockbuster in America. He now has no choice but to take action to stay open and keep his friends employed. Timmy and his staff quickly come to realize that being home to the last Blockbuster might actually be exactly what their community needs to rekindle the human connections they lost to the digital age.”