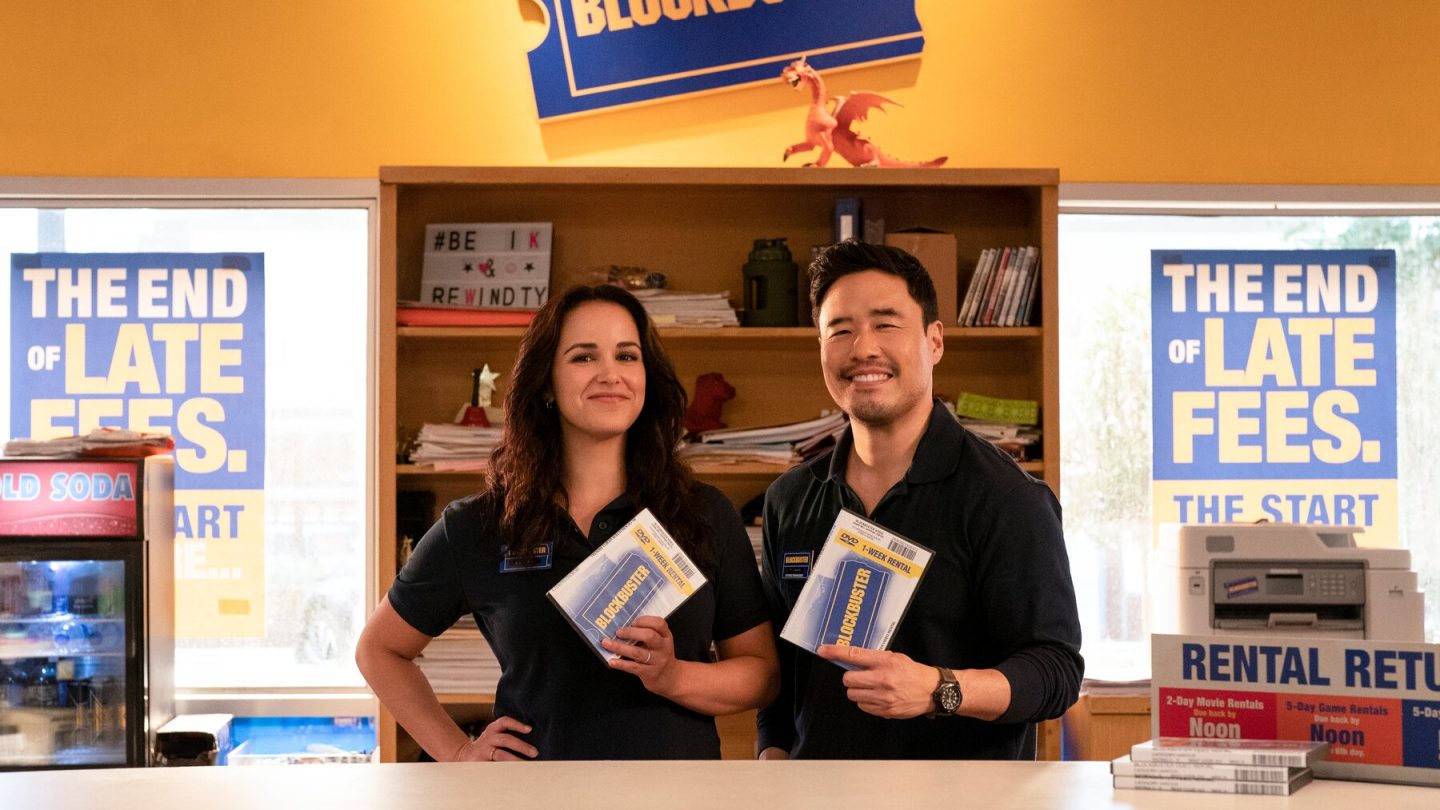 Time and distance do a funny thing to the human psyche. It’s been a few decades now, for example, since I paid a late fee at Blockbuster, and just as long since I ignored a Be Kind, Rewind sticker or silently cursed at the barren New Release wall that had somehow always been picked clean long before I got there. Yet here I am, in 2022, feeling a little nostalgic for the era of the video store and reminiscing about a simpler, more analog time in my life that it was so easy to take for granted.

I can’t help it, though. It’s Vanessa Ramos’ fault.

The creator of a new Netflix series debuting on November 3 and set inside of a Blockbuster store — in fact, inside the last Blockbuster store in the world — Ramos’ appropriately-titled Blockbuster is a 10-episode workplace comedy that attempts a delightful magic trick. It’s one that … okay, fine, that a pushover like me was not prepared to resist.

Contrary to what you might have thought when you first heard about the show, by the way, this series is not Netflix dancing on the grave of the one-time rival that it pounded into the fine dust of irrelevance. Rather, Blockbuster is sweet and irony-free, built around what Ramos described to me as the “beautiful gaggle of weirdos” who work there — and which also reimagines the video store as a kind of last refuge of human connection.

“The nostalgia is part of it — but, for me, it was also the ritual, you know?” Ramos, who’s also worked on shows like Brooklyn Nine-Nine and Superstore, told me. “It was like, you weren’t getting on board to watch a movie with someone you didn’t really care about, because watching it was a long commitment.

“Most of my Blockbuster memories, early on — it was with my family. My dad would come home from work, and the four of us would go and pick out three movies. Going through the aisles, whatever I was going to pick — it’s going to make or break my weekend! It’s not like with streaming, where you can get five minutes into something and change your mind. Even if it’s not going great, you’re going to stick it out because you made that choice.”

Fun fact, by the way: After NBC passed on the project, Netflix itself reached out to Ramos when the streamer heard about her idea for the show and wanted to get the ball rolling on it, not the other way around. So make of that what you will.

As for Ramos, once she knew the workplace comedy that she was going to tackle as her next project would be set inside a Blockbuster, there was one question she had to immediately figure out: What kind of person would still be running a Blockbuster store in 2022?

Answer: That person would be Timmy Yoon (played by Randall Park), the love-struck, infectiously resilient, and optimistic manager of this series’ Blockbuster store who grimaces to his boss at one point “I don’t love the pattern that’s starting to emerge!” when the boss tells him, “Seven more Blockbusters closed. You’re officially the last one on Earth.”

Timmy, Ramos told me, had to be someone who “not only loves movies but also has an emotional connection and a reason for holding on. For Randall’s character, the happiest time in his life was in high school when he got this job, and he can also still prescribe the perfect movie to people for when they need it. It’s his superpower, and there’s really nowhere else he can flex that power.”

As for Ramos, her superpower as a showrunner is apparently the ability to sweet-talk a corporate overlord into supporting a TV show that romanticizes a rival it destroyed long ago in the forgotten mists of time (just kidding). Seriously, though, among those of us for whom comedy staples like The Office, Parks and Recreation, Brooklyn Nine-Nine, and The Good Place still command an outsized share of our affection, Ramos is the kind of showrunner (and Blockbuster is the kind of show) that my tribe wishes there were more of.

You don’t need to have any affection for Blockbuster, or a connection to even the concept of a physical video store, for her show to work its charm on you. “I don’t miss the places, I miss the people,” Timmy tells one of his employees in the pilot episode, when the future first looks dire for his store. “Humans need to interact with each other.”

“On Twitter, when the first still came out for the show, there was someone who was like — this show looks bad, and I’m like THIS IS A PICTURE OF TWO PEOPLE,” Ramos laughed to me. “There’s always going to be someone who doesn’t like a show for one reason for another, but I don’t make shows for them. I hired a writing staff of people who I think are very funny, and my friend Jackie ran it with me who I worked with at Superstore. And we just kind of write what makes us laugh and hope enough people enjoy it to where we get to keep making it.”