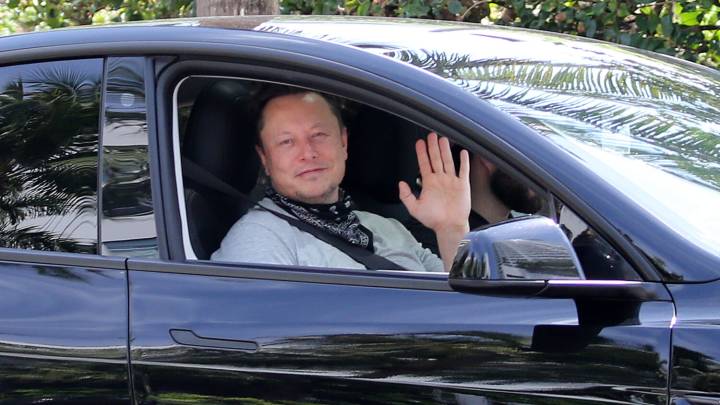 If you went to bed early on Saturday night, allow us to catch you up to speed on the bizarre string of events you missed, which all occurred in pretty rapid succession starting around 10:30 pm Eastern Time.

Elon Musk hosted NBC’s Saturday Night Live, and the network decided to make this particular broadcast with the self-styled Technoking CEO of Tesla and SpaceX available to viewers around the world via a YouTube livestream. At one point during the broadcast, Musk disclosed for the first time publicly that he has Asperger’s, and he also participated in a skit about Dogecoin during the regular Weekend Update portion of the show. All of that came, by the way, about an hour or so after debris from China’s Long March 5B rocket was said to have re-entered earth’s atmosphere, a little after 10 a.m. Beijing time on Sunday. The remains of the rocket ultimately splashed down near the Maldives, which of course the Weekend Update hosts tied back to Elon, joking that this was the reason for his hosting duties in the first place (that he needed an alibi for this particular rocket crash). Oh, and we also can’t neglect to mention the TV spot that Tesla rival Lucid Motors ran during Elon’s SNL episode (here’s the ad, in case you missed it).

You can check out Elon’s SNL monologue in full below (which is definitely a sentence I never expected to write). In it, he basically runs through the full Elon, poking fun at his strange tweets, smoking weed on Joe Rogan’s podcast, his son’s strange name, sending rockets to Mars, and much more.

In the monologue, he also pokes fun at people who don’t understand him and who think he’s off-putting or strange. “I reinvented electric cars and I’m sending people to Mars on a rocket ship,” Musk told the audience, which applauded and laughed throughout the segment. “Did you think I was going to be a chill, normal dude?”

This was, to be sure, by no means the extent of how bizarre a night this was. The Robinhood trading platform, we should add, apparently crashed at one point during the Elon SNL broadcast. Dogecoin also began to plummet during the broadcast:

If you didn’t catch the show live, SNL episodes are available to stream on Hulu and Peacock starting on Sundays.

All of this, as noted above, also came not long after debris from China’s Long March 5B spacecraft finally re-entered Earth’s atmosphere and started its uncontrolled descent, leading to widespread speculation about whether Elon’s SNL hosting duties might be overshadowed by a rocket crash, of all things.

According to the South China Morning Post, aerospace experts as well as government leaders around the world have criticized China’s space program for allowing such a large rocket body to engage in an uncontrolled re-entry of the atmosphere. “For those of us who operate in the space domain … there should be a requirement to operate in a safe and thoughtful mode, and make sure that we take those kinds of things into consideration as we plan and conduct operations,” US Defence Secretary Lloyd Austin said in public remarks on Thursday.