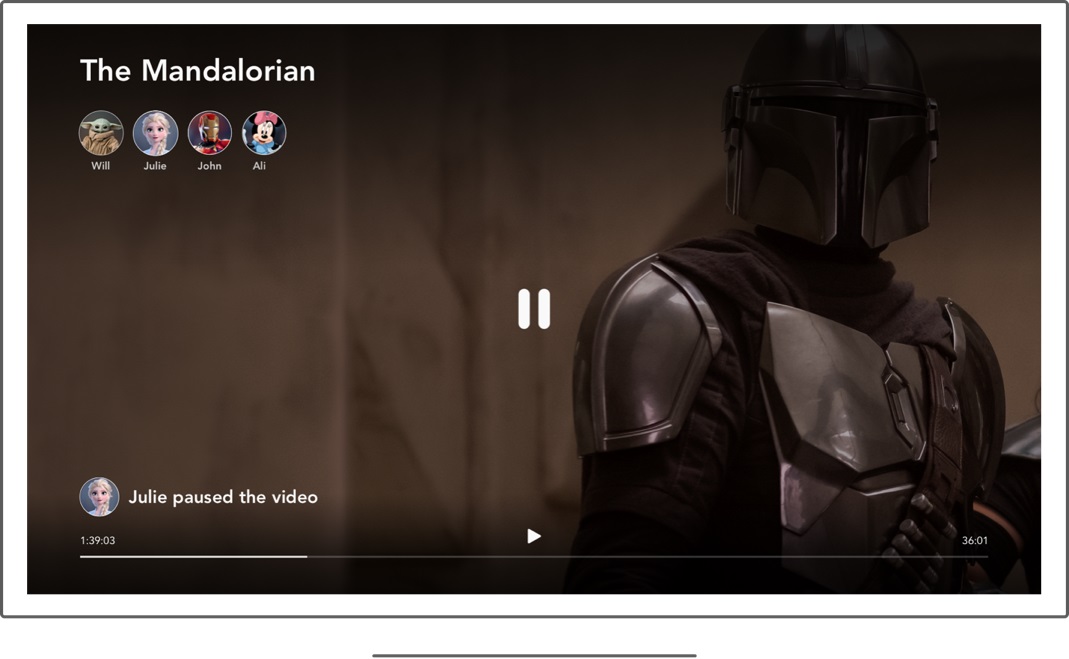 Virtual watch parties had been picking up steam before the pandemic forced us all inside, but it seems like every big streaming service and platform is adding the feature in 2020. Amazon brought Watch Parties to both Prime Video and Twitch in recent months, while a number of third-party tools have popped up which allow viewers to watch shows and movies along with friends and family on Netflix and other streamers that don’t have a built-in feature.

This week, Disney+ became the latest service to add its own co-streaming feature called GroupWatch which “allows for up to seven people to watch together in a synced playback experience available across web, mobile, connected TV devices and Smart TVs, and share reactions in real time.” And it’s available right now.

In order to access the feature, head to the Details page of any movie or show in the Disney+ app or DisneyPlus.com, and tap on the new GroupWatch button in the middle of the page (which looks like three people standing next to each other). Once you tap that button, you’ll be sent to a separate GroupWatch page that features a link you can share with up to six other people to invite them to watch along with you. The invitations have to originate from the web or mobile, but you can access the stream on connected TV devices and smart TVs as well.

You can start the stream right away or wait for everyone to join, but the playback will be synchronized among all of the viewers regardless, and anyone participating in the GroupWatch can pause, play, rewind, or fast forward the movie or show. There are no voice or text chat options, but you can react to what’s happening with the following six emojis on the app or in your browser: “like”, “funny”, “sad”, “angry”, “scared” and “surprised.”

The feature couldn’t have arrived at a better time, as The Mandalorian season 2 is set to hit Disney+ on October 30th. The first season of the Star Wars spinoff series was well-received by fans and became a major cultural phenomenon due to the presence of “the Child” (aka Baby Yoda). The second season will focus on finding the race of creatures that the Child belongs to, and may also bring back fan-favorite Star Wars character Boba Fett.

The GroupWatch feature is now live in the United States and should expand to Europe later this fall.