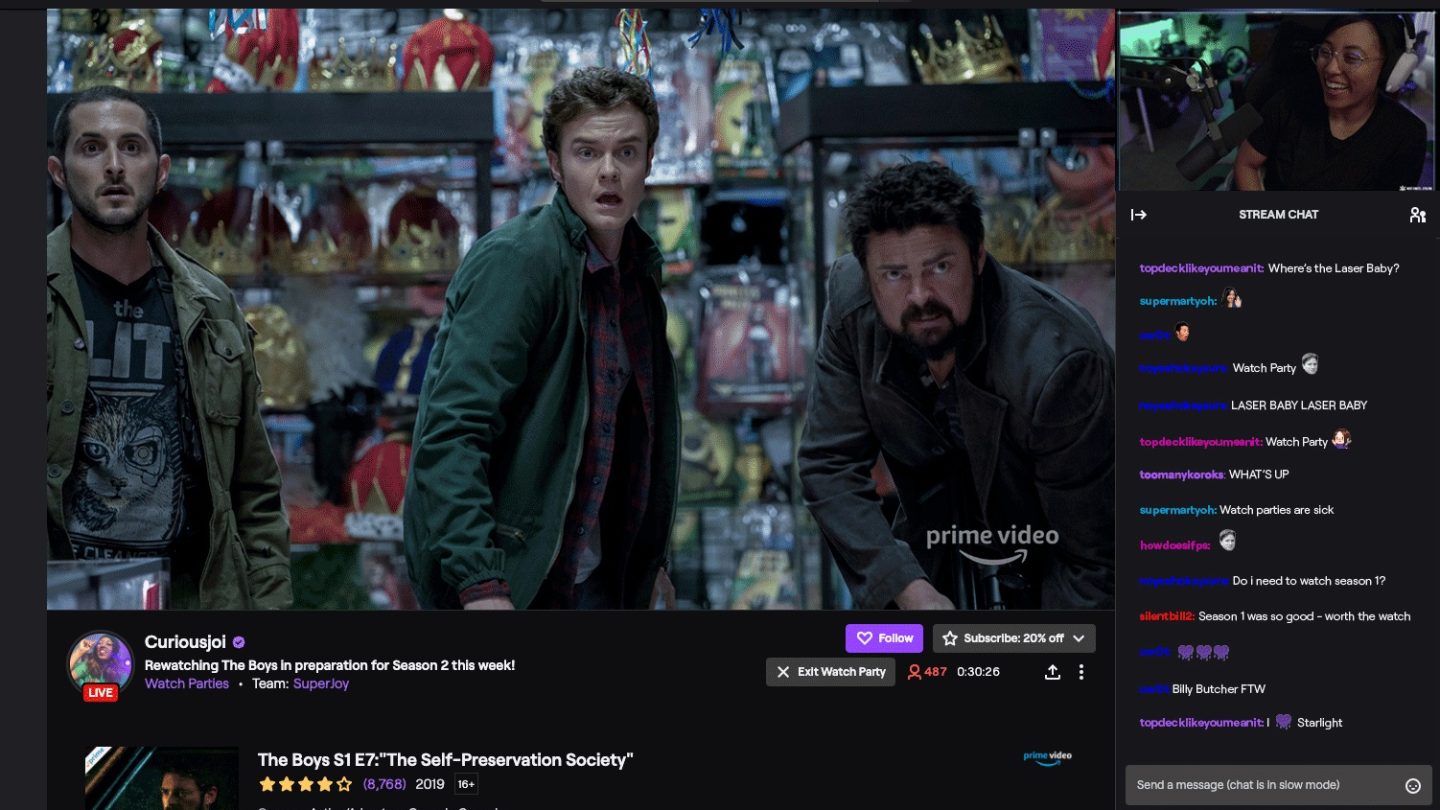 Twitch has been testing Watch Parties on its platform for almost a year, but on Wednesday, the feature finally rolled out to everyone. If you have an Amazon Prime or Prime Video account, you can now watch your favorite shows and movies on Twitch while streaming to your fans or alongside your favorite creators on their streams.

The concept of online watch parties was always appealing, but once the coronavirus pandemic forced us all indoors, their utility became far more obvious. Gathering with your friends or family involves a certain degree of risk, no matter where you live, but with an online watch party, you don’t have to worry about whether or not anyone is infected. Tests for Watch Parties started last October, but now everyone has access to the feature.

Unsurprisingly, Watch Parties on Twitch — which is owned by Amazon — only support Amazon Prime Video content. So if you want to watch Netflix or Hulu with your friends, you’re going to need a different app. That said, this feature is built directly into the Twitch platform, which means it should be relatively easy to use.

If you want to host a Watch Party on Twitch for fans or friends or strangers, here are the steps you need to take:

Twitch was once dominated by gaming streams, but as the platform has expanded its reach, the variety of creators on the platform has grown as well. Some play games on stream, but others just want to interact with the community while drawing, working on cosplay, or bingeing The Boys. Speaking of which, the launch of Watch Parties could not have come at a better time, with The Boys season 2 debuting on Prime Video this Friday.

In case we didn’t make this clear above, everyone that takes part in a Watch Party, from the viewers to the streamers, needs to have an active Amazon Prime or Prime Video account. If you try to join a Watch Party stream on Twitch, you will be prompted to log in to your Amazon account to authorize your device. It’s also worth noting that Watch Parties are only available on desktop, but mobile viewing should roll out in the coming months.