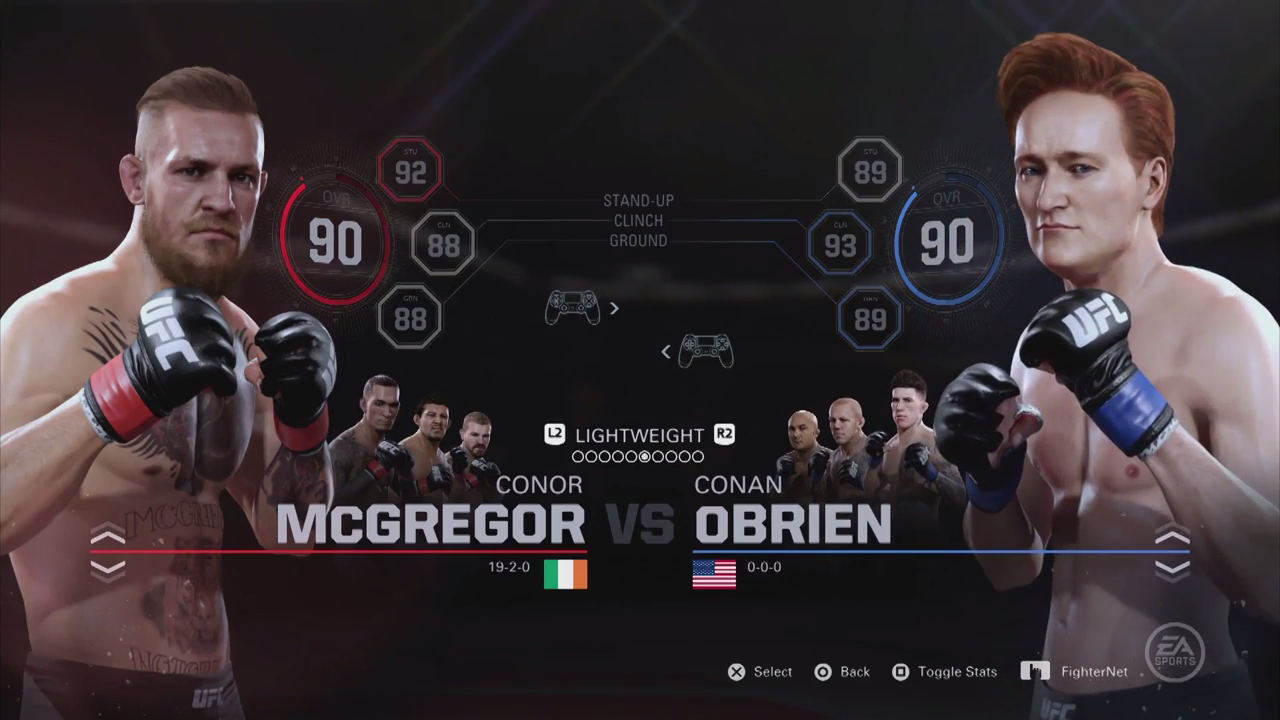 After a slightly uncomfortable Clueless Gamer with PewDiePie late last month, Conan was back to form this week when he invited UFC featherweight champion Conor McGregor on the show to duke it out in the soon-to-be released UFC 2.

SEE ALSO: The first ‘Hitman’ episode is a stunning, confident debut and I can’t wait for more

Watching Conan fumble with a video game is always fun, but the best segments always involve Conan somehow making his way into the game, which is exactly what happened this time around. The developers managed to model a character to look almost exactly like Conan, raising the stakes a bit in the virtual fight.

And in fairness to Conan, the talk show host did manage to get a few decent shots in, but you can probably guess the outcome of the fight. Watch the whole segment below to see just how badly Conan’s face gets beaten in:

Although Conan didn’t address it in the video (either because this was filmed over a week ago or because he didn’t want to incur the wrath of a UFC fighter), both McGregor and Ronda Rousey, the two cover athletes featured on UFC 2, actually lost their last fights. Yes, the curse of the EA Sports cover athlete lives on.

UFC 2 will be available for PS4 and Xbox One on March 15th.