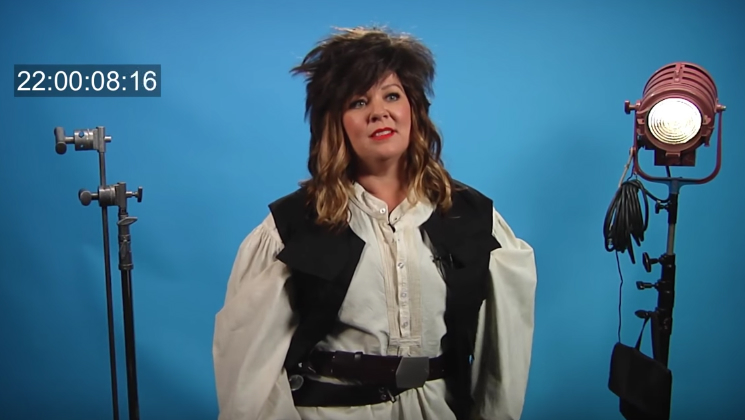 Playing young Han Solo has probably been a dream for thousands of young actors who auditioned for the part, but Alden Ehrenreich is the chosen one to portray the beloved Star Wars character in an upcoming spinoff movie. Little did you know that some of your favorite stars may have also auditioned for the role… at least, they did in Conan’s universe.

The following clip shows us that reading for the young Han Solo role isn’t easy, regardless of how much experience you have. Melissa McCarthy, 50 Cent, Jodie Foster, Bill Hader, Adam Sandler, Will Arnett and Jeff Goldblum are just some of the famed actors who gave it a hilarious try.

So what if McCarthy and Foster are going for a male leading role? They could totally pull it off, especially McCarthy who has no idea what Star Wars is about but brings something special to the role. As for Hader, he can do a mean young Jabba the Hutt, which might be a better role for him.

If that’s not enough, then you’ll also be happy to see Silicon Valley’s Thomas Middleditch and Kamail Nanjiani audition for the part. And they basically play their characters from Silicon Valley while reading for the part of young Han Solo, giving their performances some extra flair.

Even if you’re not into Star Wars but you know who Harrison Ford’s Han Solo is, you still should watch the following video from Conan. It’s absolutely hilarious.