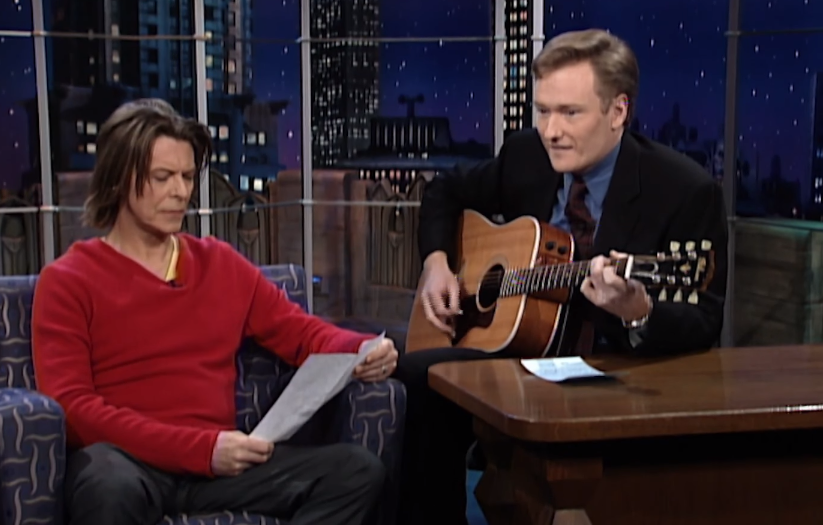 The world this week is mourning the loss of rock icon David Bowie, whose incredible career spanned decades and who leaves us with a vast catalog of fantastic songs. Conan O’Brien this week paid tribute to Bowie and reminded us that one of his best traits was his fantastic sense of humor. And given that O’Brien had Bowie on his show several times over the years, he played a touching and funny video montage showing highlights of his various interviews with the singer.

For my part, the funniest moment was when Conan revealed that he’d written a song that he wanted to enter into a songwriting contest that Bowie had announced recently. He then pulled out his guitar and handed Bowie a lyrics sheet to have him sing it while he strummed away the harmony. The look of annoyance and disgust on Bowie’s face as Conan hands him the lyrics is absolutely priceless:

Bowie does get some manner of revenge, however, when Conan wrecks his guitar’s G string while strumming: