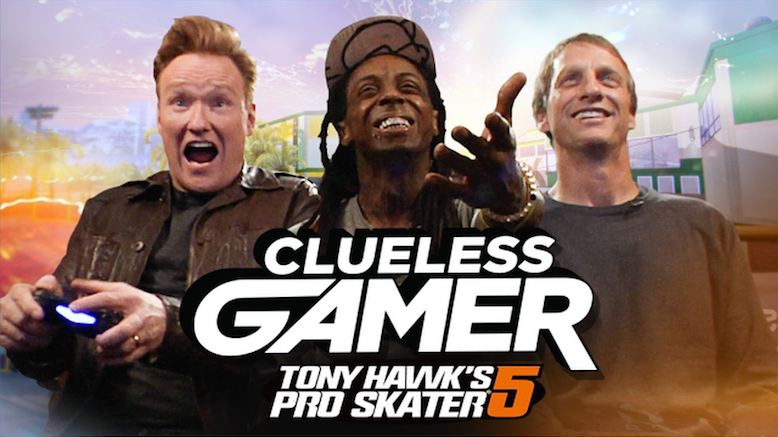 Over the past few years, Conan O’Brien has endeared himself to the gaming community with the Clueless Gamer segment on his TBS talk show. If you’ve somehow missed it, the segment is fairly self-explanatory — Conan doesn’t know how to play games, but he tries to anyway (typically with a celebrity guest).

In an interview with The Hollywood Reporter this week, TBS president Kevin Reilly revealed that, following the success of the segment, production on a Clueless Gamer TV series is scheduled to begin in February:

“We’re going into production next month on a new series, Clueless Gamer, based on the viral video he’s done where he essentially makes fun of video games, gets celebrities to play and makes commentary on them. We’ve gotten to the point where video game companies are sending us their new product for us to play and make fun of because it’s been such a huge success. We’re going to go into production on a series of that.”

This announcement comes amid rumors that Conan’s show might be shifting to a weekly format, which Reilly adamantly denied during the interview. Rather, Conan’s footprint on the network is expected to grow in the coming months and year, with Clueless Gamer being just one piece of the puzzle. That said Conan is only set to executive produce, rather than star in the series, providing the project moves forwards.

Clueless Gamer will follow in the footsteps of shows like Spike TV’s Lip Sync Battle or Apple’s upcoming Carpool Karaoke, both of which also evolved from popular late night segments. Reilly didn’t share any further details about when the Clueless Gamer series might begin airing or how it would be structured.