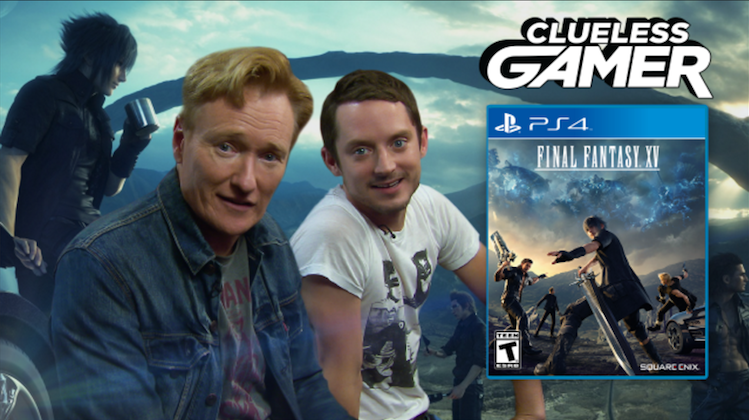 Over the past few years, Conan O’Brien has attempted to broaden his horizons by playing video games on his show in a segment called Clueless Gamer. Despite the fact that he rarely knows what he’s doing, he typically manages to find a way to make the game fun for himself. That wasn’t the case with Final Fantasy XV.

DON’T MISS: The 10 funniest movie scenes of all time

Over a decade after development began on the long-awaited follow-up to Final Fantasy XIII (the last single-player entry in the franchise), Final Fantasy XV is finally launching at the end of this month. For many gamers, this is one of the most anticipated games of the year, if not the entire generation, but Conan (with the help of Elijah Wood) manages to make the game look excruciatingly boring:

Pushing a car through the desert, riding on chickens, staring down a giant monster without actually being able to fight it — you can see why Conan didn’t find a whole lot to love in this massive RPG. To be fair, it often takes hours to get to the meat of any good Final Fantasy game, but it still makes amusing fodder for Conan and Elijah to rip apart while Aaron Bleyaert does his best to keep them on track.

Final Fantasy XV will be available for PS4 and Xbox One on November 29th.