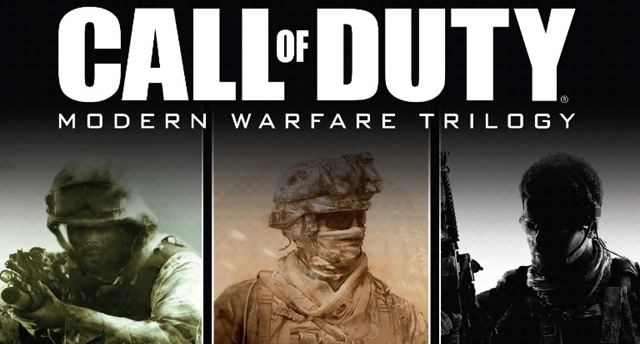 Last-gen gamers won’t be able to play the recently announed Call of Duty: Infinite Warfare this year, but it appears that Activision has something else waiting in the wings for fans who haven’t upgraded to a PlayStation 4 or Xbox One yet.

On Friday, listings on Best Buy’s website revealed the existence of an unannounced Modern Warfare Trilogy, scheduled for release on May 17th.

According to the listings, the trilogy will contain all three Modern Warfare entries in the Call of Duty franchise, will cost $29.99 and will be launched on PS3 and Xbox 360. The Stimulus Package map pack for Modern Warfare 2 will also be included.

This appears to be definitive proof of the package, but the Modern Warfare Trilogy was first leaked by Wario64 on Twitter:

Modern Warfare Trilogy is a thing but not what you asked for pic.twitter.com/e3VoNa6E8E

When he says that the trilogy is “not what you asked for,” he’s referring to the fact that it appears to be the original versions of the games on last-gen hardware. Fans were hoping that in addition to the remastered copy of Modern Warfare that comes packaged with certain versions of Infinite Warfare, Activision would also release a remastered collection of all three games.

If you somehow missed out on three games in the most popular first-person shooter franchise of the millennium, this isn’t a bad value by any means. On the other hand, if you were looking forward to playing Modern Warfare 2 on PS4 or Xbox One, you’re out of luck for the time being.

Call of Duty: Modern Warfare Trilogy releases on May 17th for PS3 and Xbox 360.