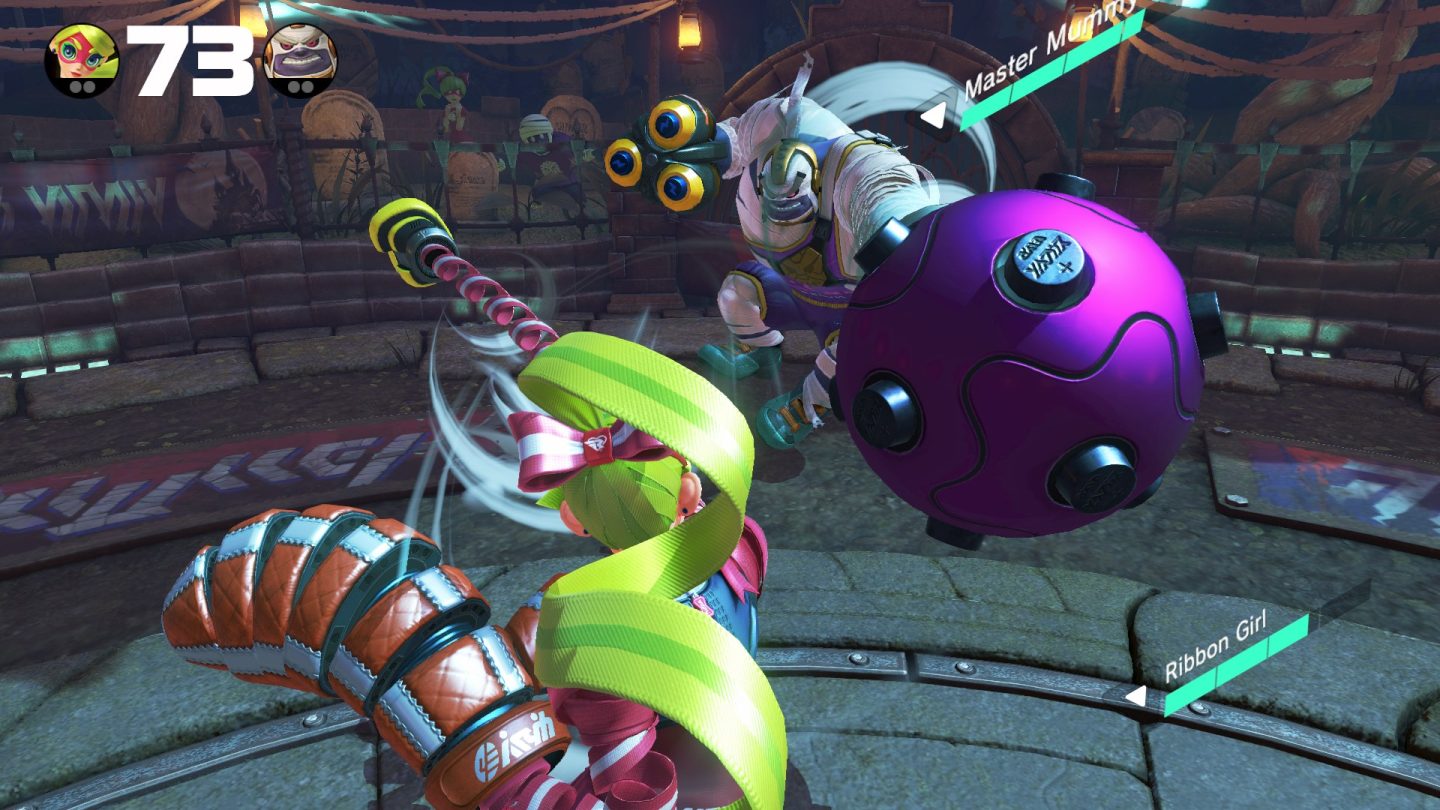 The first weekend of the ARMS Global Testpunch has come to a close.

Anyone with a Switch was able to download and play the multiplayer demo over the weekend, getting a taste of Nintendo’s first original IP on its new console. I managed to get a few dozen matches in myself and recorded 30 minutes of gameplay from the last of the five sessions, which you can watch below.

I’ll have a more substantial review of ARMS in the coming weeks, but I was pleasantly surprised during my time with the demo this weekend. Fighting games aren’t really my thing, but like Splatoon, Nintendo has put its own spin on a genre that can often be overwhelming to newcomers:

As you can see in the video, the game gets its name from the interchangeable arms each fighter can equip before the battle begins. Some arms hit harder, some can curve around obstacles and others can shoot projectiles. Everyone was experimenting with all of the arms over the weekend, but I imagine that the players who get deep into ARMS will come up with specific combinations and counters.

Seven characters were playable during the Testpunch, all of which I tested in the video above. Spring Man and Ribbon Girl are the Mario and Luigi of ARMS, with a basic arsenal and enough mobility to stay out of harm’s way. The teleporting Ninjara seemed to be the most popular combatant, as I ran into him far more frequently than any other character during the sessions I played in.

But as fun as the game itself was, what really impressed me was the online functionality. Party Match – the only mode available for the Testpunch – was a brilliant way to throw players into multiplayer without making them wade through menus and servers or have to vote on the next map. You can press A, wait to get matched up, play a round and then get put back into the pool. It just works.

ARMS will be available for the Nintendo Switch on June 16th.