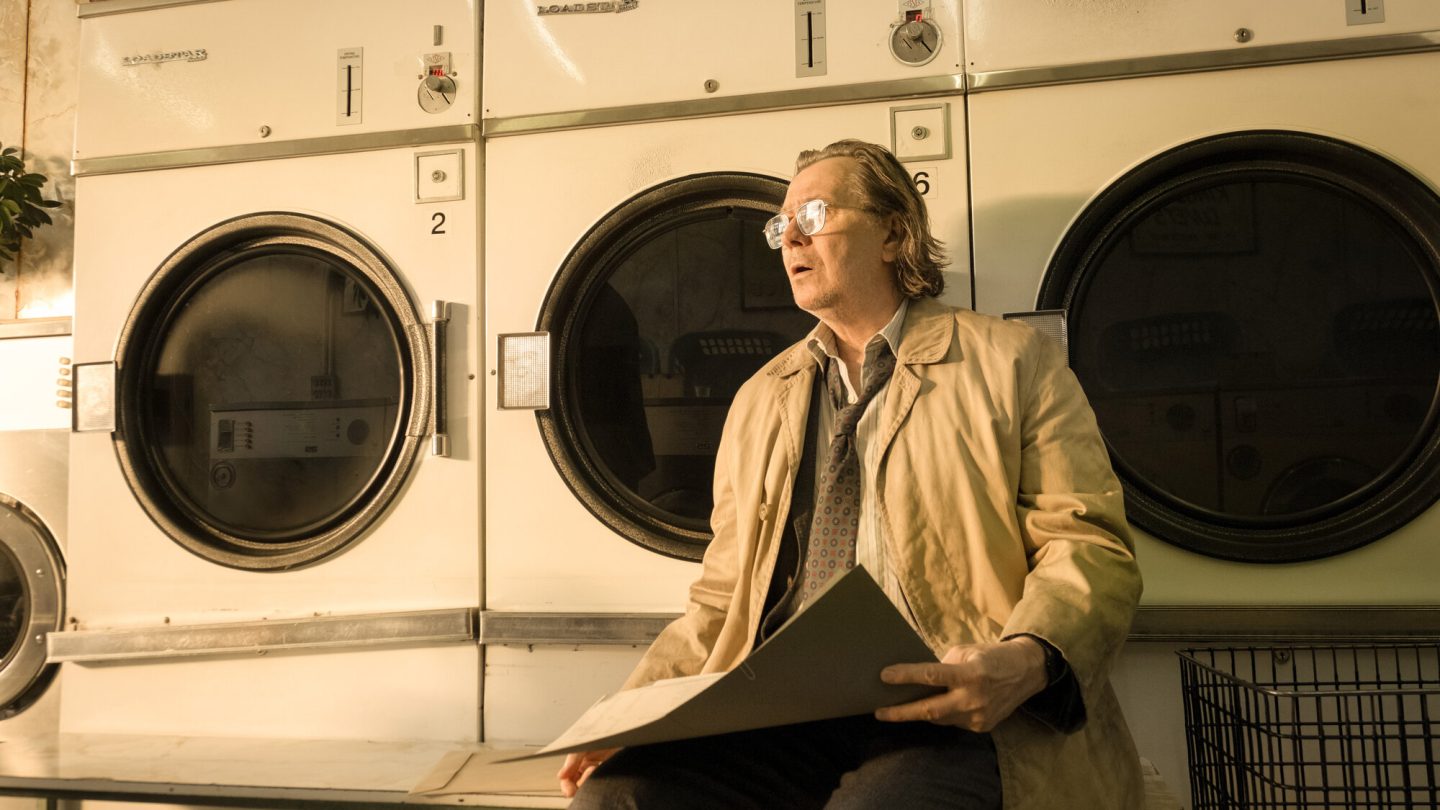 “I thought spooks were supposed to be stealthy,” Gary Oldman’s irascible, crude, and oft-drunk spy boss Jackson Lamb laments at one point in Slow Horses — the Apple TV Plus drama based on author Mick Herron’s series of espionage novels that ends its second season next week. “Another day dawns on MI-F*****g Useless.”

Lamb is one of the central figures in a story about an MI5 outpost of washed-up spies no one cares about anymore — spies who’ve made the kind of mistakes that get them shunted to the agency’s administrative equivalent of Siberia. The pitiable castoffs like earnest River Cartwright instantly put this show in a class of its own, since spy dramas are almost always awash in sex appeal and heroism. In Apple’s Slow Horses, on the other hand, Lamb drinks, belches, farts, rants, and raves before he saves the day.

And viewers are loving it.

Indeed, the show — which Oldman himself loves so much that he’s said to be considering hanging it all up and saying goodbye to acting once it’s done — has scored impressively high marks from both critics and viewers on Rotten Tomatoes.

As of this writing, the show has a perfect 100% critics’ score on the review site, and a near-perfect 96% score from audiences. “Slow Horses,” raves the Rotten Tomatoes critics consensus, “says neigh to the sophomore jinx with a second season that might be even better than its supremely addictive predecessor.”

The 6-episode second season of Slow Horses debuted on Apple’s streaming service earlier this month. “In season two,” Apple’s summary explains, “long-buried Cold War secrets emerge which threaten to bring carnage to the streets of London. When a liaison with Russian villains takes a fatal turn, our hapless heroes must overcome their individual failings and raise their spy game in a race to prevent a catastrophic incident.”

The misfits of Slough House

Oldman’s Lamb is the leader of the spies who populate MI5’s Slough House, all of whom have committed a nearly career-ending mistake of one sort or another. Some, like Cartwright, are desperate to redeem themselves sufficiently enough to shake off the confines of the hideaway office on Aldersgate Street in London, near the Barbican tube station, and rejoin the center of the secret world.

Don't Miss: 2 Apple TV Plus shows to check out in January