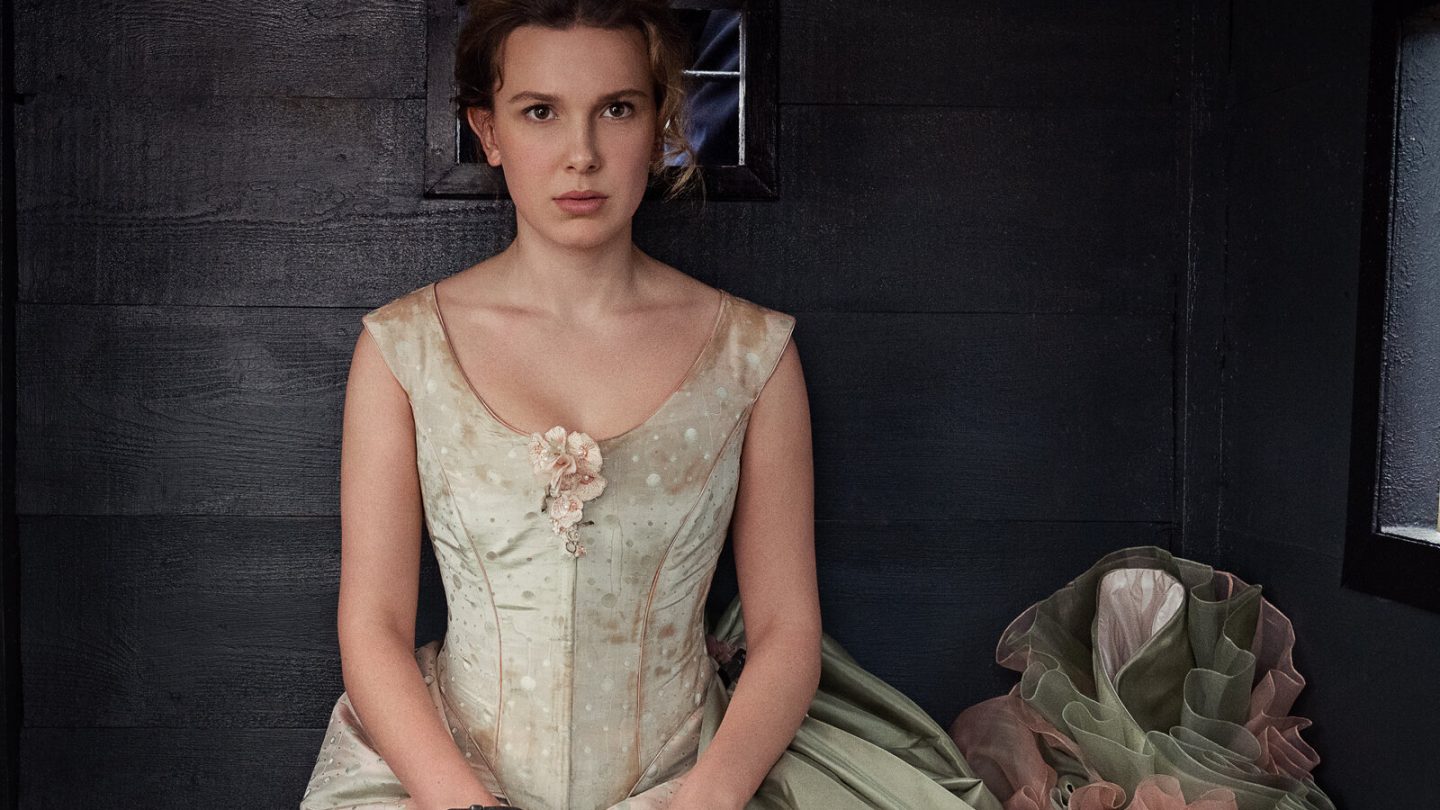 Netflix throws so much content at us from one week to the next that, sometimes, our regular curated preview of upcoming Netflix releases can feel a little like that fan-favorite bit on Saturday Night Live — the one where Stefon was always talking up New York’s hottest new clubs. With apologies to Bill Hader’s overly enthusiastic regular guest on Weekend Update, though, next week’s slate of releases coming to the streaming giant really does have everything (you can’t see it, but I’m covering my face with my hands right now, Stefon-style).

If you’re ready for a new family-friendly Netflix original film, for example, the sequel to 2020’s Enola Holmes has you covered there.

In one of the few instances that I can recall of a massive star of a Netflix original series hopping over to lead a Netflix original movie, Enola Holmes (and Enola Holmes 2, coming on November 4, although it’s in select US theaters now) stars Millie Bobby Brown of Strangers Things fame as the younger sister of the most famous detective in all of fiction.

In this follow-up to the original film, Sherlock’s sis has now opened a detective agency of her own, in an attempt to follow in the footsteps of the elder Holmes. Eventually, a penniless matchstick girl comes to Enola with a job, asking for her help in finding the girl’s missing sister. That single case takes Enola from London’s factories to its music halls, to elite corners of high society — and even to 221B Baker Street. In other words, the game is once again afoot.

Next up, it really doesn’t get much more simultaneously ironic and nostalgic than Netflix making a half-hour comedy set in a Blockbuster store. That’s the very same video rental chain that Netflix … oh, who am I kidding, I don’t really need to finish that sentence.

Blockbuster, which hits Netflix on November 3, has so much going for it, I actually don’t even know where to begin. I mentioned the irony and nostalgia inherent in a comedy like this, but it’s also got sweetness in spades, too.

Randall Park plays Timmy Yoon, a wide-eyed dreamer who comes to learn that he’s operating the very last Blockbuster video store in the US. Commence an us-against-them fight to stay relevant, led by Timmy and his employees (who include his long-time crush Eliza, played by Melissa Fumero).

And if all this wasn’t enough, the timeline continues bending in on itself, with Netflix’s Blockbuster press material adding one final feel-good thought about the story at the heart of this series: “The only way to succeed is to remind their community that they provide something big corporations can’t: Human connection.”

When you couple the inherent nostalgia for a simpler albeit more analog time in all our lives with the presence of cast members like Park and Fumero — and the fact that the Blockbuster series comes from the writers of comedy classics like Superstore and Brooklyn Nine-Nine — the new show would seem to have all the makings of a comedic TV gem that just might fill the Office-sized hole in hearts like mine.

For those of us who can’t get enough of the streamer’s expansive library of Korean content, meanwhile, next week’s Netflix releases will also add another title on that front: The Fabulous, an 8-episode K-drama about the dreams and the romances among a group of friends who dedicate themselves to the fashion industry.

Coming on November 4, definitely put this one on your list if you loved the 2017 K-drama I Am Not a Robot. The ridiculously likable lead actress in that one, Chae Soo-bin, is one of the friends here in The Fabulous.

For fans of Netflix’s documentary-style releases, next week will also include a few new titles along those lines, too:

Killer Sally: This 3-episode docuseries unpacks the story of one of the most notorious crimes in the world of bodybuilding. The crime, a deadly shooting, happened on Valentine’s Day in 1995. Ray McNeil was a national bodybuilding champion, shot dead by his wife Sally (also a bodybuilder) as he was choking her. Sally claimed it was in self-defense, and pointed to a history of domestic abuse. Prosecutors argued that it was pre-meditated murder, calling Sally a “bully” while the media chimed in, dubbing her a “brawny bride.” Release date: November 2.

Finally, we’re just days away from the return flight, pun absolutely intended, of the canceled-and-now-resurrected sci-fi series Manifest, with Part 1 of its fourth season debuting on Netflix on November 4.

For a quick catch-up, here’s what the streamer says you need to know about the forthcoming new episodes:

“Two years after the brutal murder of Grace turned their lives upside down, the Stone family is in shambles as a devastated Ben continues to mourn his wife and search for his kidnapped daughter, Eden. Consumed by his grief, Ben has stepped down from his role as co-captain of the lifeboat, leaving Michaela to captain it alone, a near-impossible feat with the passengers’ every move now being monitored by a government registry. As the Death Date draws closer and the passengers grow desperate for a path to survival, a mysterious passenger arrives with a package for Cal that changes everything they know about Flight 828 and will prove to be the key to unlocking the secret of the Callings in this compelling, mind-bending, and deeply emotional journey.”

I’ve said it before, but one of my favorite entertainment storylines to watch unfold last year was the way the fandom around Manifest pulled together to engineer one of the most grassroots un-cancellations in recent TV history. Part of what made it so much fun to watch was also that fans didn’t simply beg Netflix to bring back Manifest.

The fans got organized. And they re-watched the absolute heck out of this drama — which unceremoniously had the rug pulled out from under it by NBC before creator Jeff Rake could finish telling the story he wanted to tell.

Thanks to all the re-watching, Manifest die-hards kept the show at the top of Netflix’s TV charts for so long that the streamer really had no choice. Fans made Manifest — still in its canceled state — the #1 show on Netflix for weeks. The #SaveManifest hashtag dominated social media, leaving Netflix with pretty much no choice but to say: Okay, people, we get it. We’ll un-cancel your dang show.