As for what you can expect to see from Walmart as far as deals go, the retailer gave us an extensive taste in a press release issues Thursday morning.

There are some fantastic deals noted in there — the Google Home Mini for only $29 caught our eye — and there are plenty more that will be found in stores and online once Walmart’s Black Friday 2017 event kicks off on Thanksgiving Day. For example, Walmart’s Black Friday flyer mentions a 55-inch Sharp 4K TV for just $298, and an HP Steam laptop for $179. 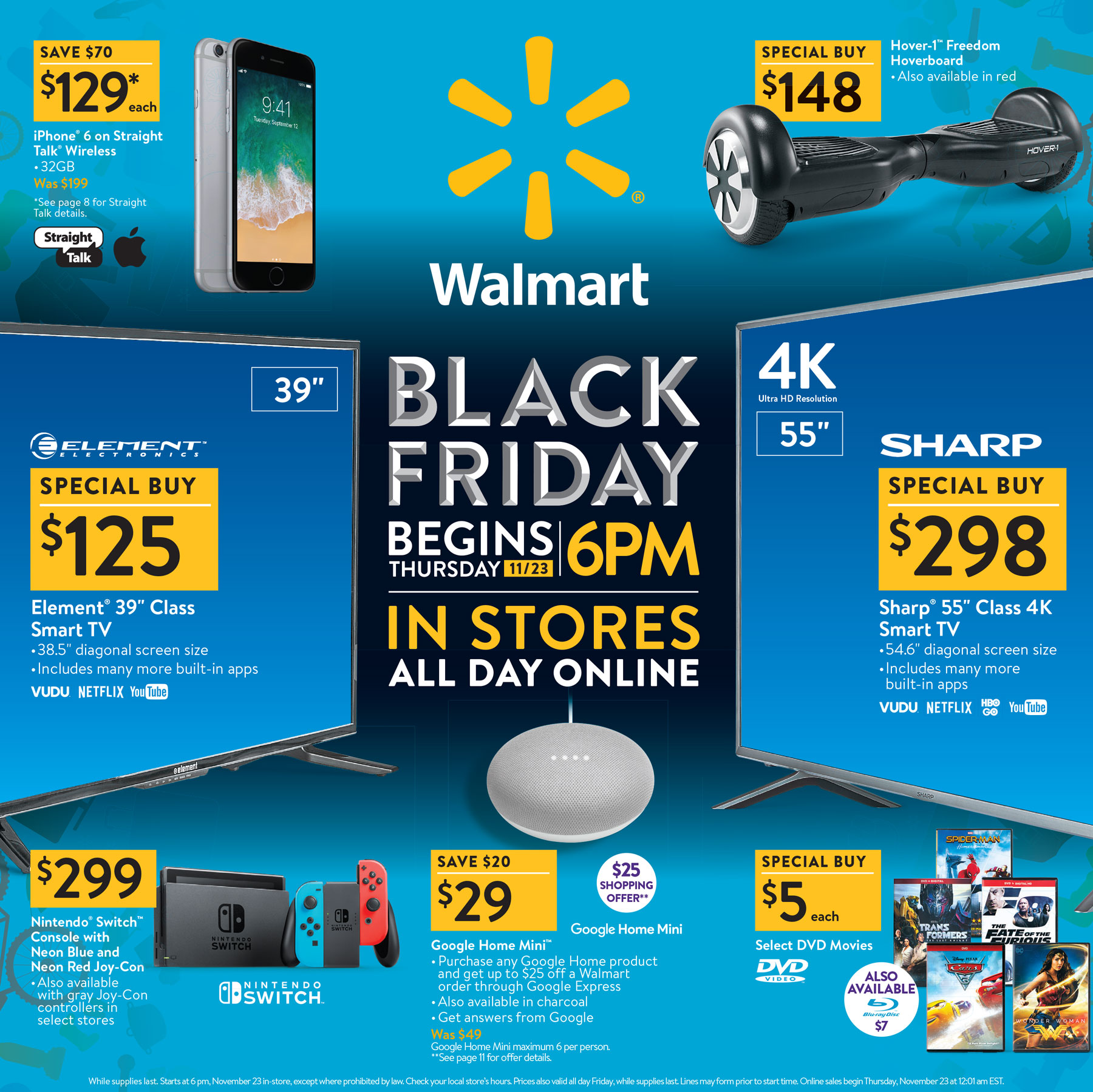 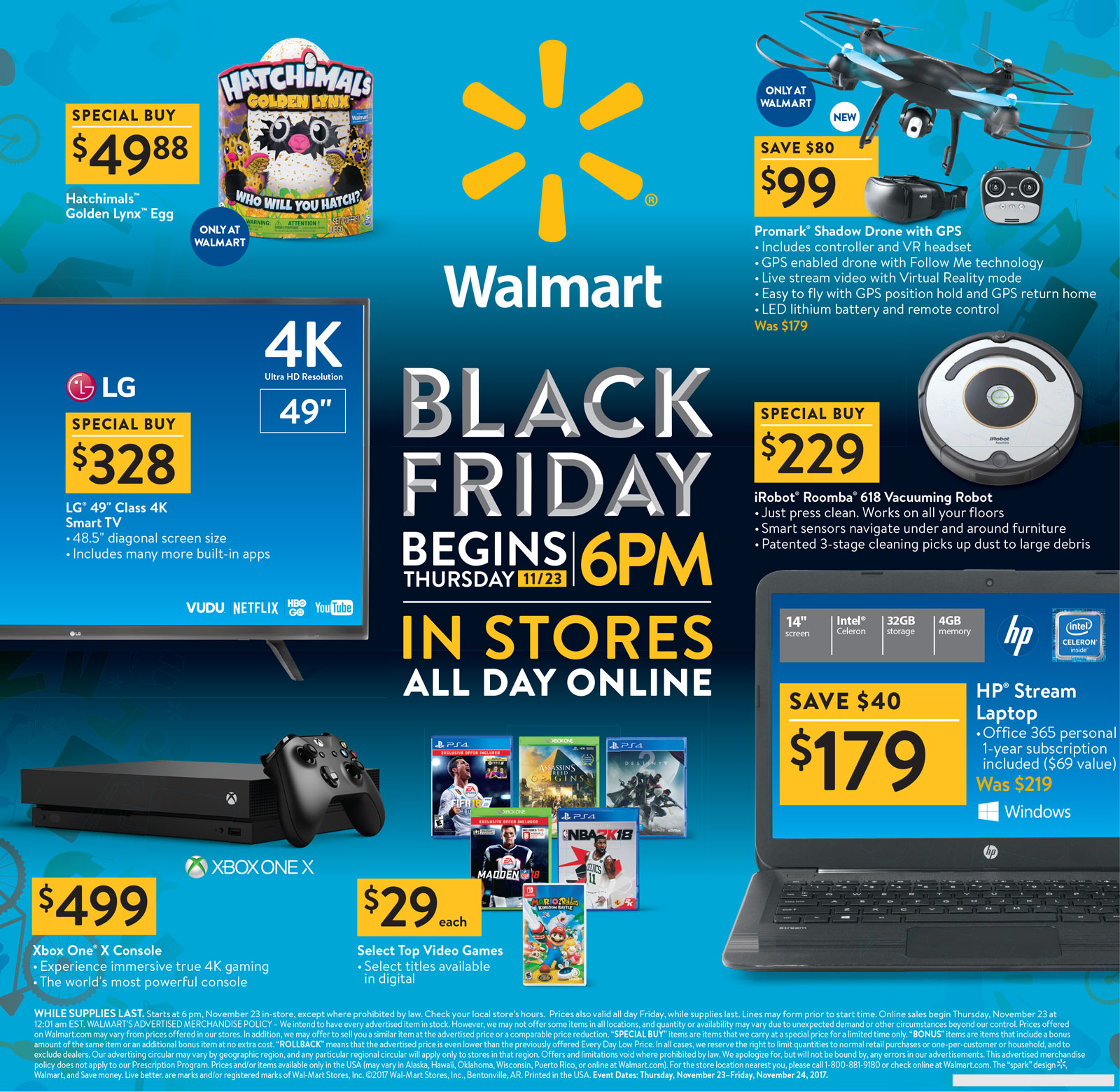 Finally, Walmart obviously has no plans to wait until Thanksgiving Day and Black Friday to get in on the holiday action. The company is launching a series of “Rockin’ Deals” that will be available beginning immediately, and they’ll be available until the end of the day on November 12th or while supplies last.

You can shop those deals and more beginning right now on Walmart’s website.