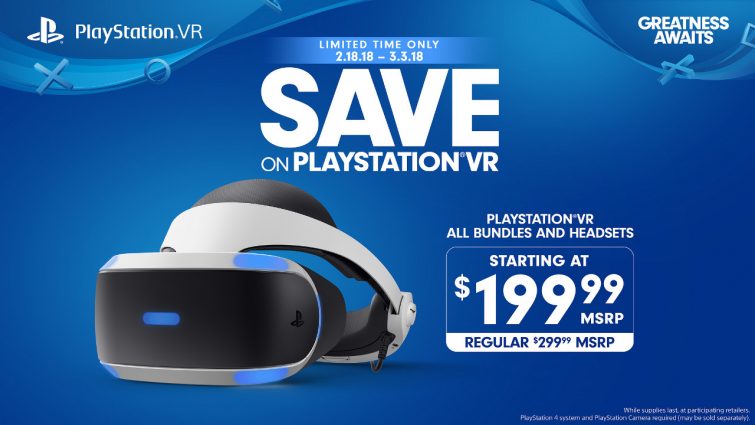 If you missed out on Sony’s PlayStation VR holiday deals late last year, you’re in luck. The company is bringing back the discounts for a limited time beginning this Sunday, February 18th, dropping the price of PS VR bundles as low as $199.99. The deals will only be available until Saturday, March 3rd though, so you’ll have to act fast.

The cheapest of the three discounted bundles is the Gran Turismo Sport bundle, which comes with a physical copy of the game as well as a PS VR headset and PlayStation Camera, all for $199.99. If you’re dying to own the PS VR but don’t want to invest too much into the hardware, this is the best option (and includes a solid game).

Finally, we have the Skyrim VR bundle, which Sony says was the most popular bundle over the holiday season. Along with the game, it includes the headset, camera, demo disc and two PlayStation Move controllers. If you’re ready to go all in and see everything PS VR has to offer, this $349.99 bundle is for you.

All three bundles will be available at their discounted prices starting this Sunday at participating retailers, both online and off. And as Sony points out, there are more than 130 games and apps headed to PS VR this year.