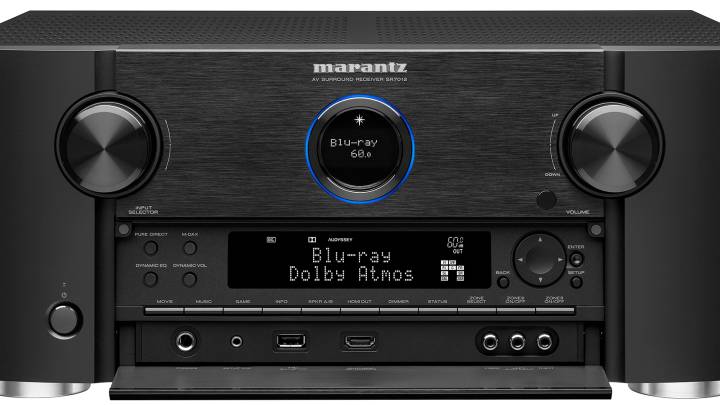 There’s no way around it — the Marantz SR7012 is a complete powerhouse. There are 11 channels of processing, support for every multi-dimensional audio format like Dolby Atmos, DTS:X, and even the non-existent Auro-3D. The fantastic Marantz HEOS app support is built-in alongside Audyssey MultiEQ XT32, and a brand new update that enables Apple AirPlay 2 support.

At a price tag of $2,199, the SR7012 sits on the upper-end of the Marantz lineup. It’s an incredibly good value, however, as primary the only difference between the SR7012 and the top-of-line SR8012 is the two-channel amplification you get out of the box with the 8012. While the SR7012 supports up to 11 channels, you need an external amplifier for anything beyond 9 channels.

In addition to the newer audio formats like Dolby Atmos, the receiver supports all popular legacy codecs including Dolby TrueHD, DTS-HD Master audio tracks, and the like. The unit can decode up audio files up to 24-bit/192 kHz ALAC, FLAC, and WAV files.