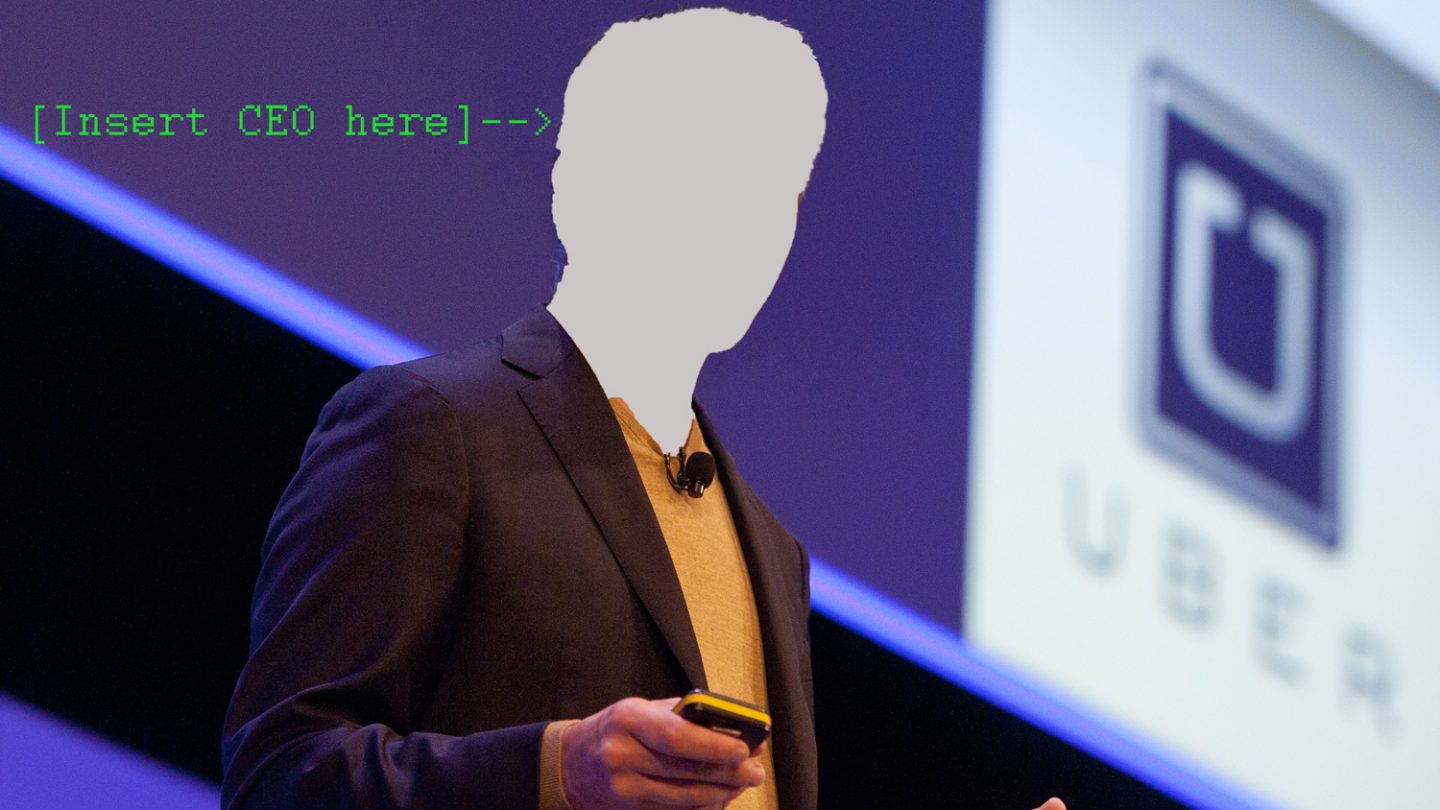 Even though a significant part of Uber’s workforce doesn’t want to admit it, Travis Kalanick is out at Uber. The CEO job is going to be the hottest one in town, and not just because of the current media frenzy. Uber is Silicon Valley’s biggest startup that’s still in startup mode, and that’s going to be a challenge for the new CEO.

Despite a $60 billion valuation, Uber has yet to turn a cent of profit, it’s lacking any senior leadership, cash is being burned through at an alarming rate, and there’s a massive lawsuit against Google just getting underway. So, here’s a non-exhaustive list of the short and not-so-short-term problems that Uber’s next CEO is going to have to tackle.

The first problem for the new CEO is that they’re not Travis. Kalanick reportedly fostered a cult of personality at Uber. strong enough to entice over a thousand Uber employees to sign a letter arguing for Kalanick’s reinstatement yesterday. When you look at the list of major changes Uber needs to make below, it’s clearly going to need a unified team working together to keep Uber afloat.

A team that’s spending half of its time scheming ways to bring back Travis Kalanick is not unified.

Worse than the loyalty to Kalanick is the loyalty to his business ethics. A recent report into Uber’s problems with sexism tied most of the problems to Uber’s deeply embedded culture of “stepping on toes” and “always be hustlin,” ideas that might work for a small startup but not a 12,000 person company.

The culture is going to have to change, but it’s a difficult balance between building a functioning workplace and keeping Uber’s particular style of innovation. It’s a battle of scandal against irate investors, and not one that’s going to be easy to solve.

Compounding Uber’s personnel problems is a lack of senior leadership. Kalanick is out, leaving Uber without a CEO. His right-hand man Emil Michael, the SVP of business, left just before Kalanick. The company’s also without a Chief Operating Officer (Kalanick was hunting for a new hire when he was fired), which leaves Uber leaderless when it comes to strategy and day-to-day operations.

In some senses, that’s an opportunity. It gives Uber’s new CEO a chance to bring in their own people and make hires that can take the company in a new direction, but it’s going to have to happen fast. Uber isn’t alone in the ridesharing space, and any more time spent treading water is going to see Uber go backwards.

The most immediate external problem for Uber is a pending legal battle with Waymo, Google’s self-driving car subsidiary. One of Waymo’s top engineers left Waymo for Uber, and downloaded 9GB of Waymo technical data to take to Uber before he left.

Uber initially claimed the suit had no merit — it described it as a “baseless attempt to slow down a competitor” — but it’s since had to fire Anthony Levandowski, the engineer at the heart of the case, and it appears to be bunkering down for a long court case. A recent report also suggested that Kalanick himself was aware that Levandowski had obtained Waymo data before leaving, which would put a significant hole in Uber’s legal defense.

Uber’s new management is going to have to reevaluate Uber’s current legal strategy for the lawsuit. While it’s difficult to see the Travis-cult-era Uber accepting guilt and losing to Waymo, Uber’s new leadership might decide that paying a fine or accepting penalties is a worthwhile price to pay for a clean break with the past.

Those are just the short-term problems. The much greater issue for Uber over the next five years is that it’s yet to make money. Uber’s dirty secret is that around 50% of the cost of every ride you take is subsidised by Uber itself, using some of the giant stockpile of cash it has from venture capital investors.

Uber’s strategy is that it’s worth spending money now in order to expand massively and get to the size where no other company can compete. If it can do that, it will have a monopoly over ridesharing — and ultimately, hopefully, transportation — around the world. That’s the end game for Uber, and that’s the story that underpins the stratospheric $60 billion valuation.

But right now, the numbers just don’t really add up for Uber. If it raises prices to the point where UberX is profitable on its own, it opens itself up to competition from Lyft, taxi companies, and any local ridesharing services that want to start up.

The hope further down the road is that it can lower costs by doing away with drivers altogether. Uber’s investment in driverless cars is aimed at a very specific vision of the future, where a fleet of autonomous Uber cars roam cities constantly, offering cheap rides 24/7 with no need for Uber to split the fare with drivers.

It’s a future that could absolutely happen, but it’s a little far away for Uber to keep losing money hand over fist (see below). In the meantime, Uber is trying alternative ways to eke more money out of its platform, but nothing’s really working. UberEats and UberPool are two ways to try to “optimize” the driver base, to make sure there’s never any time when Uber drivers are sitting idly waiting for work.

Uber’s biggest enemy here is time. No one has much doubt that driverless cars are coming, and that autonomous vehicles will present a big opportunity for Uber. The problem is surviving long enough to see it become a reality.

Uber lost $2.8 billion in 2016, excluding its failed venture in China. The year before, it was about $2 billion. Most estimates put Uber’s cash stack at around $7 billion, which means Uber has about three years of burn left.

So, new management is going to have three options: start making money at speed; go for another round of venture capital funding, which has the major danger of being a “down round” that lowers Uber’s valuation; or take the company public. None of those sound particularly appealing right now, but the sad truth is that Uber can’t continue doing what it’s doing right now for very long.

Uber’s final problem, and the one that a change in management could help the most, is its relations with drivers. Uber has always had an uneasy relationship with its drivers, who are legally “contractors” rather than employees. But the restrictions Uber does put on its drivers, combined with fares that always seem to be decreasing, have pushed Uber drivers to start organizing and fighting back.

In April, Uber spent $100 million to settle a lawsuit with drivers in California and Massachusetts, who took the money in return for agreeing to remain independent contractors. You can expect similar lawsuits to keep springing up unless Uber takes steps to keep the workforce happy, while also keeping the drivers officially off the books as employees.