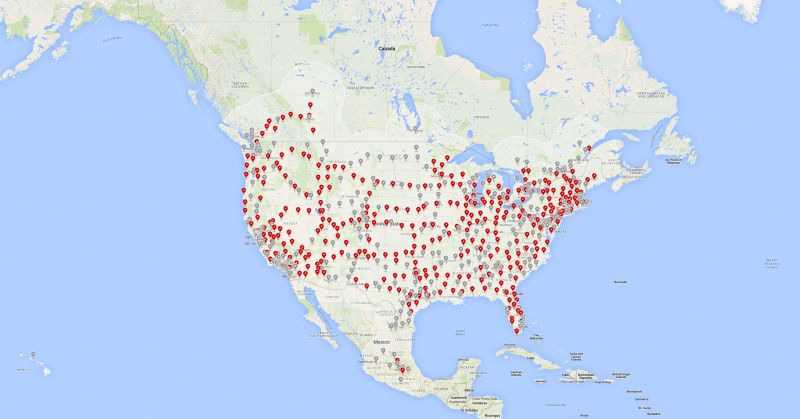 The biggest complaint about electric cars has always been that there’s nowhere to juice up. Well, that excuse just died if you own a Tesla. The company just announced plans to double the size of its charging network by the end of the year, promising more chargers at current locations, and new Supercharger sites for all those Model 3s that should be hitting the road.

According to Tesla’s plans, the number of Superchargers available globally will double by the end of the year, from 5,000 currently to a total of 10,000. In the US, there’s a planned Supercharger increase of 150 percent. The upgrades will be spread out between new sites along highways, capacity increases to existing sites, and more Supercharger locations in urban areas.

Currently, the Supercharger network exists to facilitate long road trips. Superchargers are Tesla-branded chargers that only work with Tesla vehicles, and are capable of charging Teslas much faster than any other kind of charger. Tesla has a network of charging stations along most major US highways, which allows owners to travel distances well in excess of the car’s 200-mile range, without needing to stop overnight to charge.

With a flood of new vehicles expected to hit the roads when the Model 3 starts being delivered, the capacity improvements will be necessary to keep congestion down at Superchargers. Already, Tesla has begun seeing congestion at some stations, and it’s had to start charging new Tesla owners for charging. Previously, charging at a Supercharger was free for Tesla owners.