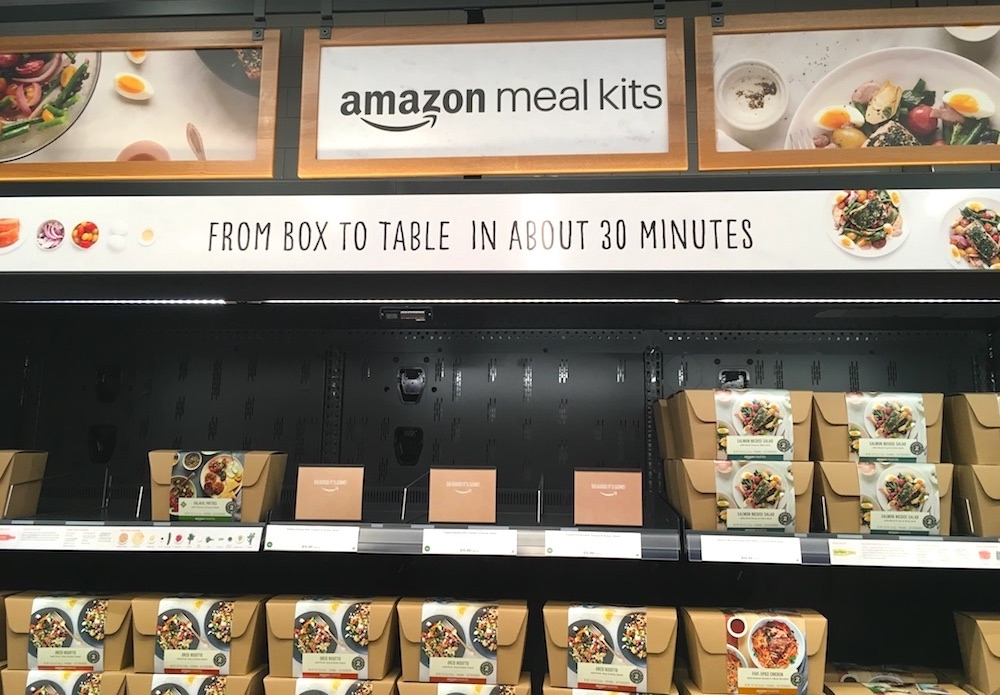 Amazon is considering expanding its cashier-less, checkout-free Amazon Go stores to airports, according to a new report from Reuters this week. The first Amazon Go store opened to the public in January 2018, and since then, six more stores have opened in Chicago, Seattle, and San Francisco. We actually had the chance to shop in one of the Chicago locations in the fall, in case you want to know what it’s like to be inside an Amazon Go.

Reuters discovered the company’s plans to move into airports via public records requests to multiple airports, which turned up emails in which Amazon discussed the possibility of adding its futuristic stores to the lineup of shops and restaurants on the concourse. It doesn’t appear that the process is very far along yet though.

“The lead for Amazon Go requested a meeting,” read a June 27th email from a LAX technology adviser. “Interested?” The concessions official who received the email sent the following response: “Yes. Thanks!”

A similar discussion occurred further north as well, where Reuters reports an account manager at Amazon’s cloud unit asked for a meeting with San Jose International Airport, Amazon Go being “one of many possibilities we can discuss.” Following the June meeting, which reportedly involved Amazon explaining how its stores work, an airport IT manager wrote: “I am looking forward to moving forward with the Amazon Go technology at the airport.”

Reuters was told by officials from both LAX and SJC that no further correspondence has taken place since June, and that if Amazon wants its stores in their airports, it will have to go through the same bidding process as everyone else. Unsurprisingly, Amazon an spokesperson declined to comment to Reuters on the matter.

“Think about how you can expose your brand,” an anonymous source familiar with the matter told Reuters. “You’ll be able to build broad awareness just being in a dozen of the best airports.”