While the iPhone undoubtedly helped transform Apple into one of the more profitable companies the world has ever seen, it’s easy to forget that it was the venerable iMac that helped save Apple from the brink of bankruptcy in the late ’90s.

The market, however, cares little for nostalgia and the iMac today, if we’re being honest, is something of an afterthought in Apple’s product lineup. For starters, most of the company’s revenue comes from mobile devices like the iPhone and services like the App Store. Further, even as Mac sales remain steady, it’s no secret that Apple sells far more notebooks than it does iMacs.

At the same time, it’s hard to get excited about the iMac because the iconic machine’s form factor has largely remained the same for what feels like forever. While we’ve seen some nice spec upgrades over the past few years, the reality is that the look and feel of the current aluminum iMac haven’t changed drastically in more than 12 years.

To be fair, it’s hard to come up with a new form factor when the current form factor boasts what is effectively an all-screen design. Still, that hasn’t stopped Apple designers from conjuring up some funky and original new ideas for future iterations of Apple’s iconic desktop computer.

To this end, a patent for a new iMac design — which was originally filed back in May — has been making the rounds recently. And while there’s no current indication that the design below will ever manifest in a shipping product — Apple routinely files patent for designs that never see the light of day — it is worth mentioning nonetheless.

Titled “Electronic Device With Glass Housing Member,” what you see below is essentially a curved iMac made out of a single sheet of glass with a built-in keyboard and trackpad. The full patent can be viewed over here. 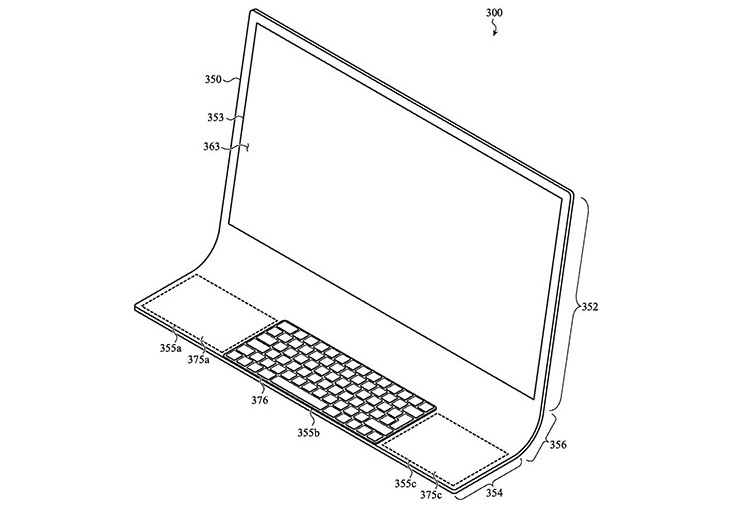 And here’s what the new design looks like from the back: 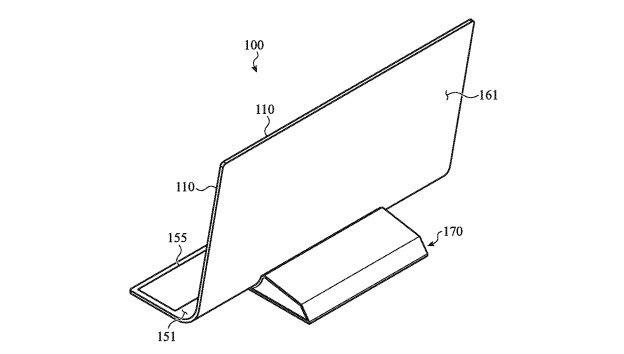 Personally, I’m not sure that the current iMac is exactly begging for a redesign in the first place. The current form factor is great and leaves little, if anything, to be desired. It’s incredibly thin, powerful, relatively lightweight, quiet, and an all-around solid machine. What’s more, the design above is certainly novel, but having the keyboard so close to the screen could very well prove to be frustrating and limiting from a usability perspective.

All that said, that patent’s existence underscores that Apple is exploring new iMac designs, and it will be interesting to see how long we’ll have to wait before Apple introduces an iMac with an entirely original form factor.