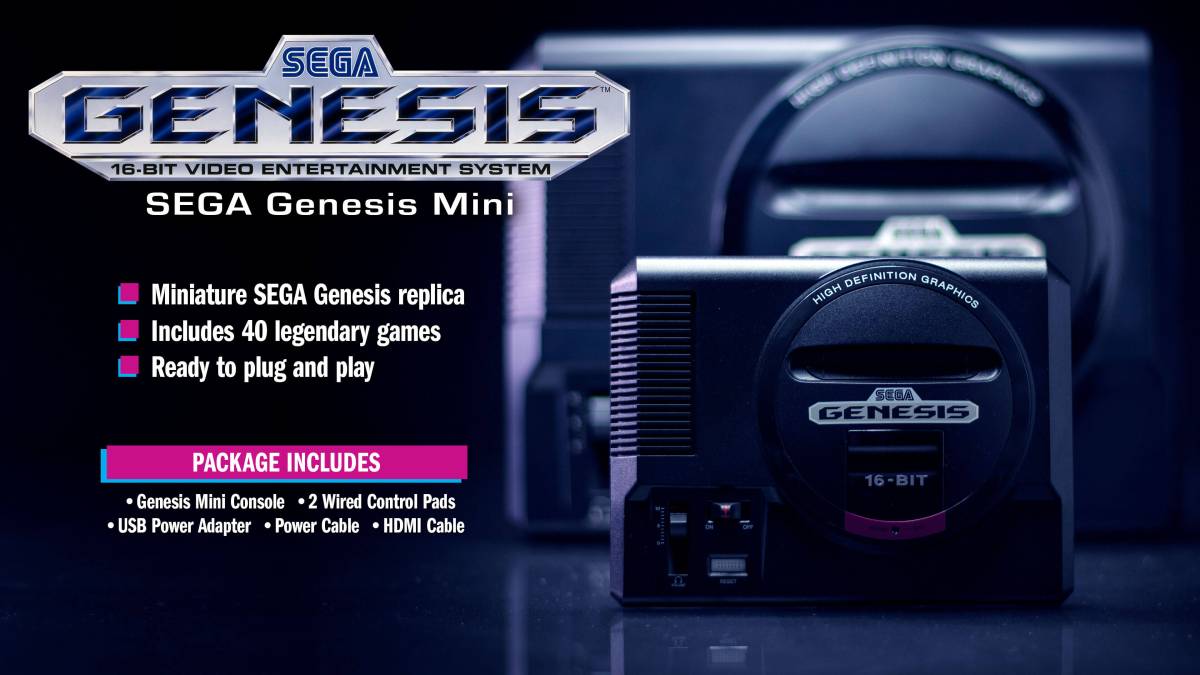 I haven’t been overly impressed by any of the mini consoles that have sprung up lately. The NES Classic Edition was enough of a novelty when it came out that even the most casual of gamers felt compelled to grab one and relive their childhoods, if only for a moment. But by the time Sony showed up to the party with its own PlayStation Classic, the world had seemingly moved on. The mini consoles were indeed just a short-lived fad.

At least, that was where I landed before I got my hands on the Sega Genesis Mini, which is the most well-conceived retro mini console to date. That honestly isn’t an especially high bar to clear, as the SNES Classic Edition is the only other one I’d even consider recommending to anyone, but Sega was able to impress me.

The console itself is exactly what you would expect: A miniaturized version of the classic Sega Genesis. On top of the device are the On/Off switch, Reset button, and volume rocker for your headphones. There’s also a cartridge slot, but it’s too small to fit an actual Genesis cartridge inside. In front are a 3.5mm headphone jack and two controller ports, and around back are an HDMI port and a USB port, for video and power, respectively.

Of course, the design and functionality of the console wouldn’t matter much if the selection of games was at all limited or unimpressive, but thankfully it is neither. There are 42 games built into the Sega Genesis Mini, including bonafide classics like Sonic the Hedgehog and Street Fighter II, as well as lesser-known titles such as Castle of Illusion and Monster World IV. Here is the complete list of games you’ll find on the retro console:

Most importantly of all, the emulation of the games is relatively flawless, and having spent at least a few minutes with all of them (and a few hours with a couple of them), I never noticed any lag or unexpected issues. You can also utilize multiple save states for each game so that you can pick up exactly where you left off.

In addition to all the cables you need to get the console up and running, Sega has also included two wired controllers, complete with a D-pad and the original A, B, and C buttons. The controller can be a touch finicky on the menu screen, where I often found myself accidentally scrolling past the game I meant to choose, but once I was actually in a game, I found the controllers to be as comfortable and capable as I hoped they would be.

While I can definitively say that these retro consoles don’t fit into my personal gaming diet, there is no question in my mind that the Sega Genesis Mini is the one to get, whether you’re looking for a quick hit of nostalgia or want to spend 30 hours playing Dr. Robotnik’s Mean Bean Machine. The mini console is available now for $79.