Xbox E3 2019: The 16 biggest announcements and trailers from the press conference 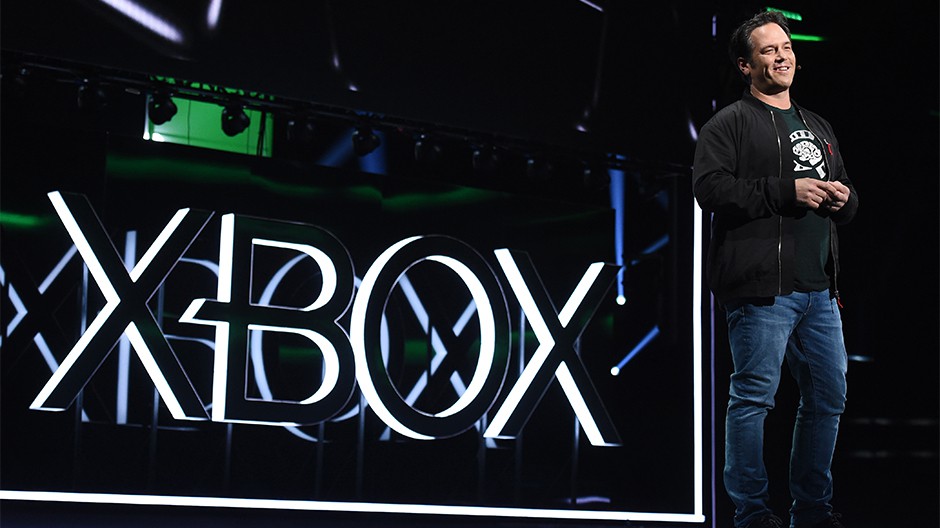 Microsoft promised a big show for E3 2019, and for the most part, it delivered. Over 60 games were shown off during the media briefing on Sunday afternoon, including more than a dozen first-party titles. Rather than recap the show in its entirety (you can always go rewatch the stream), I’ve decided to pull together all of the biggest announcements and trailers from the event in one spot, so you can check out all the highlights below.

Bleeding Edge is a new multiplayer action combat game from Ninja Theory, the team behind Enslaved, Hellblade, and DmC: Devil May Cry. A technical alpha for this 4v4 arena game will begin on June 27th.

2. Ori and the Will of the Wisps

We’ve been waiting for the sequel to Ori and the Blind Forest for over four years, but unfortunately, the wait continues, as Microsoft revealed during its briefing that Ori and the Will of the Wisps is now scheduled to launch February 11th, 2020. At least we finally have an official release date to look forward to.

I wasn’t going to include a CG trailer for a game we already knew about in this post, but then Keanu Reeves showed up, so I really didn’t have a choice. CD Projekt Red’s next massive game comes out April 16th, 2020.

At long last, Battletoads is back. We got our first glimpse of gameplay of the upcoming beat ’em up action title, and yes, there will be three-player couch co-op, so you can complete the entire game with friends.

One of the most beloved flight simulators of all time in returning on Windows 10 in 2020 (and Xbox One at a later date). It genuinely looks stunning, and I can’t wait to get my hands on it next year.

Microsoft has been on a studio acquisition spree over the past few years, and now Double Fine Productions joins its impressive stable of internal studios. We also got a new look at Psychonauts 2.

Gears 5, the latest entry in the long-running Xbox franchise, is releasing on September 10th. A versus multiplayer tech test will kick off on July 17th as well, if you want to see how the game plays early. There is also a new multiplayer mode called Escape in which you and two friends plant a bomb and escape the Horde. Oh, and there’s a Terminator: Dark Fate character pack for those that preorder or subscribe to Game Pass.

The second iteration of Microsoft’s Elite controller looks even more ridiculous than the last. It has 30 new and improved features, 40 hours of rechargeable battery life, and launches on November 4 for $179.99.

The latest expansion for Forza Horizon 4 has a Lego theme, and while it’s not a sequel to 1999’s Lego Racers, it’s probably the closest we’re going to get in 2019, so I’ll take it. The expansion is out June 13th.

Another expansion to an Xbox One exclusive title, Heartland adds two new characters with two completely new stories to State of Decay 2, along with a bunch of other content, and it’s available right now.

Sega and Microsoft are bringing Phantasy Star Online 2, one of the most popular MMORPGs in Japan, to the West for the very first time. The long-awaited sequel will come to Xbox One in spring 2020.

Elden Ring is a new fantasy action RPG from Hidetaka Miyazaki (Dark Souls) and George R.R. Martin (Game of Thrones). All we got was a short trailer, but I can’t wait to see what these two brutal creators have cooked up.

Starting this October, you will be able to stream games from your own Xbox One to other devices, which means your home library and all of the Xbox Game Pass titles travel with your wherever you go. The preview begins in October, and console streaming will be free for all Xbox One owners.

Rather than try to parse all the technical jargon that Microsoft spouted on stage about its next-gen console (which is coming holiday 2020), I’ll let Will Tuttle of Xbox Wire do the heavy lifting for me:

Best of all, every game in Xbox history will travel with you to the next generation, which means you won’t have to leave all your Xbox One games behind when and if you decide to upgrade next fall.

Halo Infinite will be a launch title for Project Scarlett, the next-gen Xbox, in late 2020. We got a new in-engine trailer for the game, which is nice, but I was really expecting some actual gameplay. Maybe we’ll see and hear more about this Scarlett game as the week goes on — after all the show is just beginning.