Pokemon Sun and Moon guide: How to catch every Legendary Pokemon 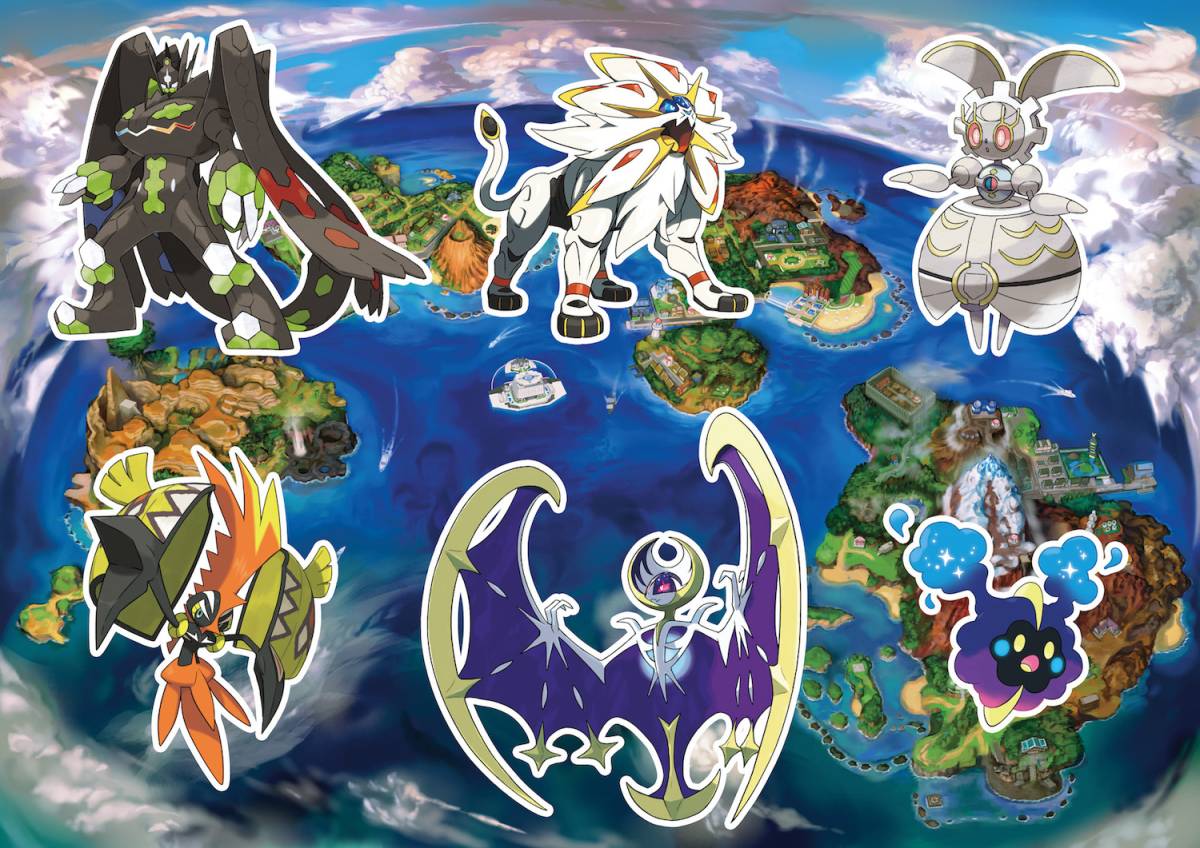 The most exciting part of any new Pokemon release is the discovery of new Legendary creatures. Pokemon Sun and Moon are no exception.

Just a quick SPOILER ALERT before we begin: If you haven’t finished the game yet and want to be surprised by what you’ll find after you become champion of Alola, turn back now. This is your first and only warning! 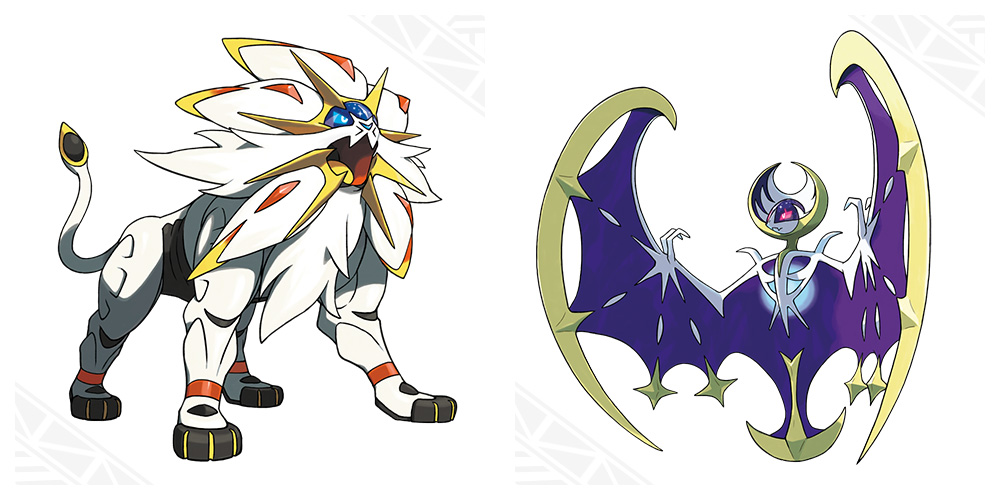 Depending on which version you picked up (Pokemon Sun or Pokemon Moon), you will run into either Solgaleo or Lunala near the end of game’s story.

There’s no secret to finding either Pokemon — just progress through the story and once you reach the Altar of the Sunne/Altar of the Moone on Poni Island, Cosmog will evolve into the first Legendary Pokemon that you can catch in the game. 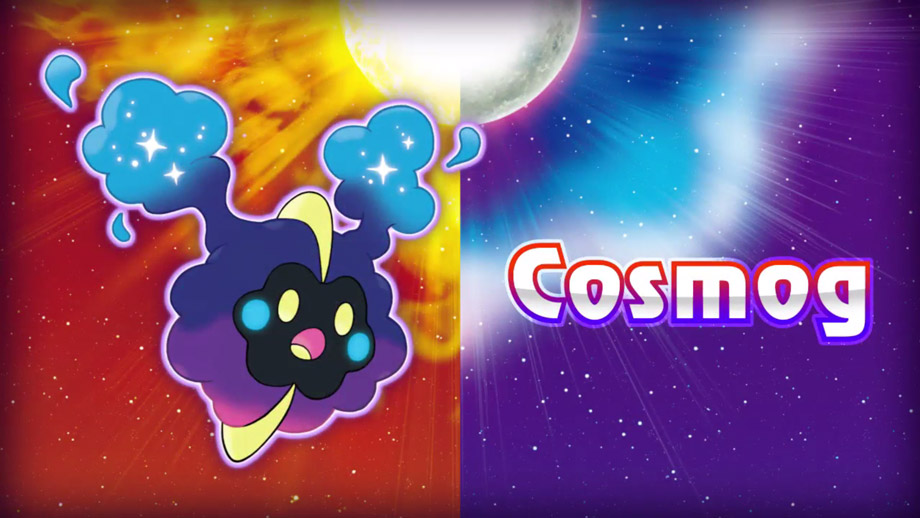 Once you’ve completed the main story and your character has become the champion of Alola, you can get your very own Cosmog (which will eventually evolve into either Solgaleo or Lunala, depending on your version of the game).

In order to find Cosmog, you’ll need to travel back to the Altar of the Sunne/Moone and enter the portal (which only opens at night in Pokemon Sun and during the day in Pokemon Moon). After that, head to the Lake of the Moone/Sunne and head to the top of the platform. A cutscene will play and you’ll receive Cosmog. 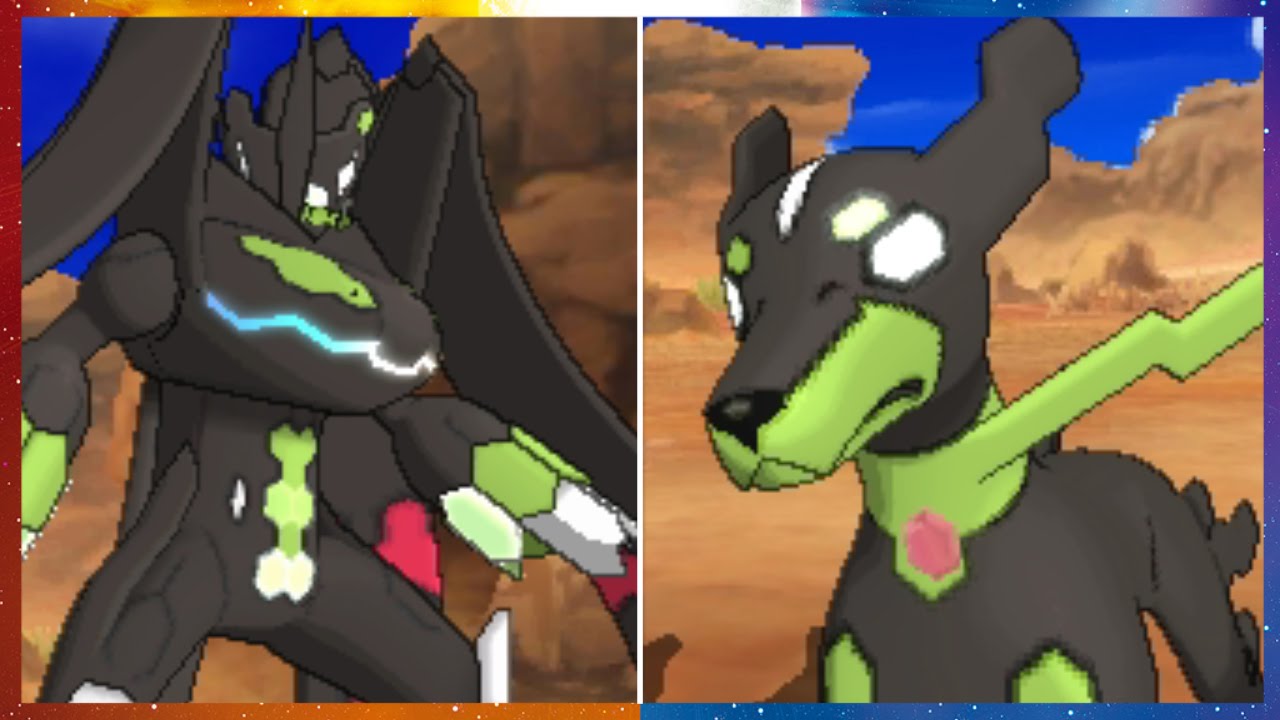 During your journey through Alola, you’ll eventually run into Dexio and Sina, two returning characters from Pokemon X and Y. They will give you a Zygarde Cube, which you can use to collect Z-Cells and Z-Cores around the islands of Alola.

Depending on how many Z-Cells you have collected (10, 50 or all 100), you can head to the trailer on Ula-ula island’s Route 16 to assemble a Zygarde 10% Forme, a Zygarde 50% Forme or a Zygarde Complete Forme. 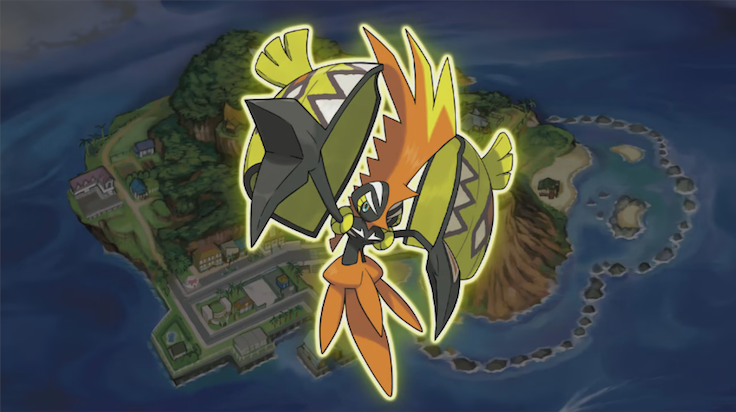 You can challenge Tapu Koko, the guardian deity of of Melemele Island, by touching the statue at the end of the Ruins of Conflict. As with all of the Tapu guardians, you’ll have to become the Alola champion before it will appear.

You’ll actually have a chance to battle and catch Tapu Koko after you become the Pokemon League champion, but if you accidentally defeat it, you’ll be able to go back to the Ruins of Conflict to challenge it again. 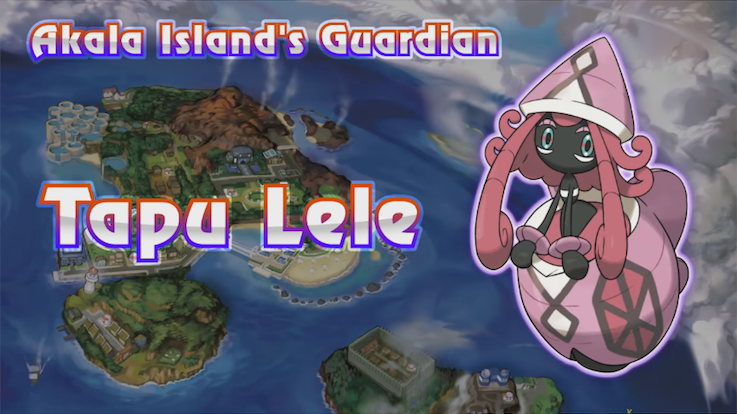 You can challenge Tapu Lele, the guardian deity of Akala Island, by touching the statue at the end of the Ruins of Life. You’ll need the Machamp Poke Ride. 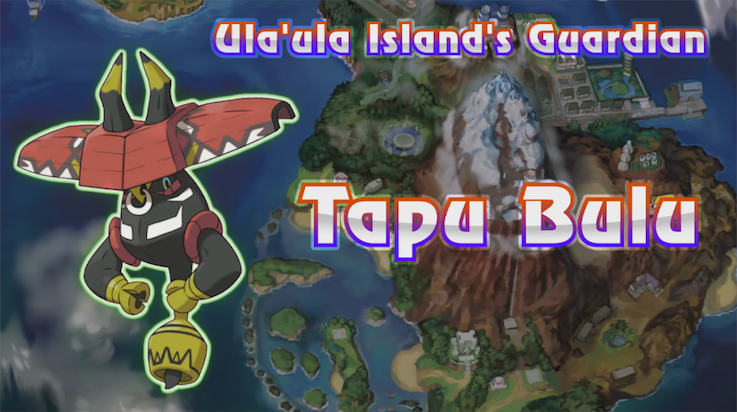 You can challenge Tapu Bulu, the guardian deity of Ula’ula Island, by touching the statue at the end of the Ruins of Abundance. In order to get there, you’ll need to make your way through the Haina Desert, which you’ll need to do in a specific order: Up, Right, Up, Right, Left, Down, Up. 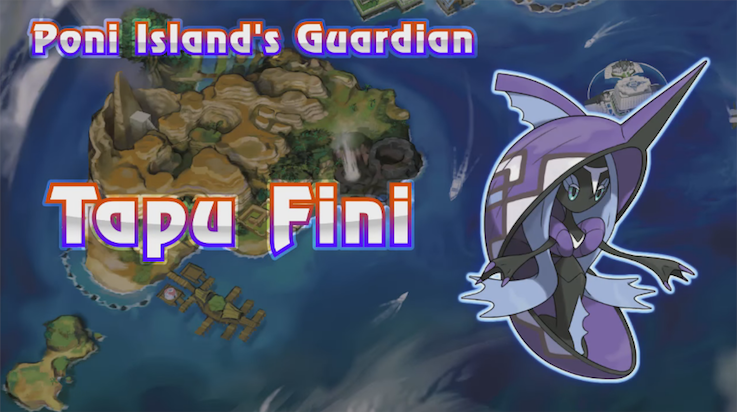 You can challenge Tapu Fini, the guardian deity of Poni Island, by touching the statue at the end of the Ruins of Hope. Once again, you’ll need Machamp. 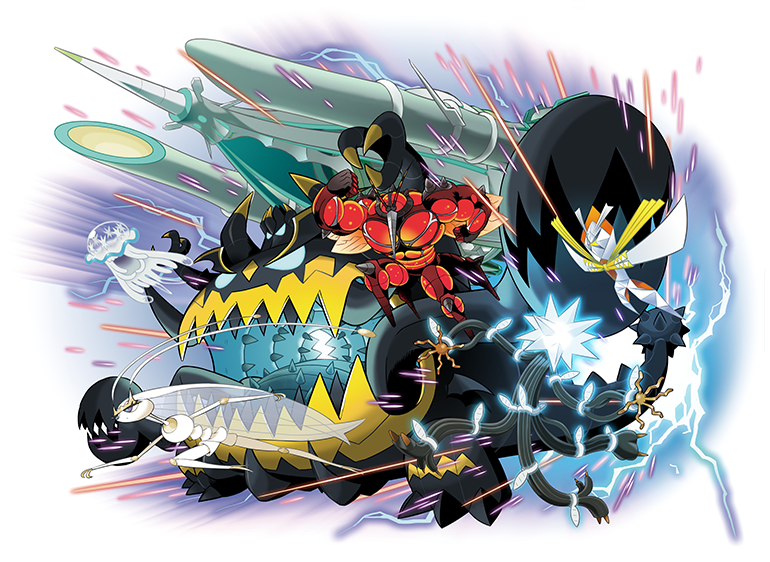 Once you’ve completed the main story of Pokemon Sun and Moon, you’ll be approached by the International Police about catching the Ultra Beasts that were unleashed upon Alola following the battle with Lusamine. They’ll give you a stack of 10 Beast Balls for every mission and tell you where to find each Ultra Beast, but in case you forget, here’s a handy guide:

Remember, you have to catch them in order. Xurkitree won’t appear until you’ve already caught a Phermosa or a Buzzwole and completed that mission. 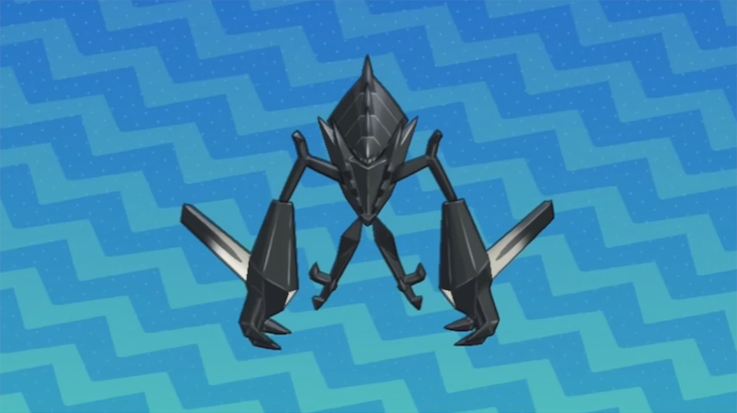 After all of the Ultra Beasts have been caught, Mr. Looker will tell you that he thought he saw another Ultra Beast flying above Melemele Island. It turns out that it wasn’t an Ultra Beast, but a mysterious Legendary Pokemon called Necrozma. You can find it by traveling to Ten Carat Hill, heading out the north exit to Farthest Hollow and running around in the grass for a while.

It’s probably a good idea to use a Max Repel to ward off any unwanted encounters. You should also have a high-leveled Pokemon (level 70+) in the first slot of your party, because Necrozma is level 75 and will annihilate any under-leveled creatures. Don’t forget: Necrozma is NOT an Ultra Beast, so your Beast Balls will be useless. Stock up on Ultra Balls before you head to Ten Carat Hill. 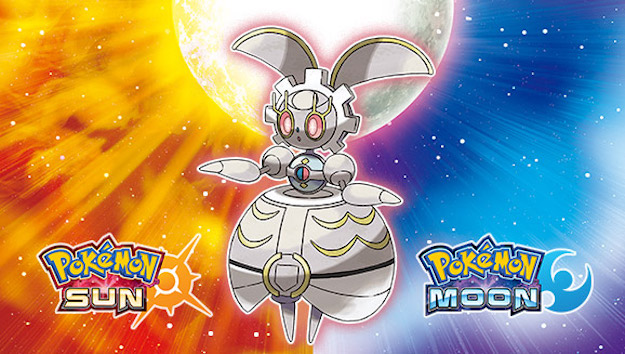 You can’t actually catch the Mythical Pokemon Magearna. Instead, you’ll have to wait for The Pokemon Company to release a QR Code that anyone can scan to get a Magearna. You can read more about the details of the giveaway below:

“Visit Pokemon.com starting on December 5, 2016, to find the QR Code that will unlock Magearna in your game. To scan a QR Code in Pokémon Sun or Pokémon Moon, you’ll need to unlock the QR Scanner feature, which will happen after you complete the main story. Don’t worry if you haven’t completed your game by December 5—the QR Code will be live on Pokemon.com until March 5, 2017.”

The final Pokemon in the current Pokedex. The Pokemon Company has yet to even announce the existence of Marshadow, but this will likely be another giveaway at some point in the future. There doesn’t appear to be any way to catch it.