Yes, the iPhone 5S must be gold 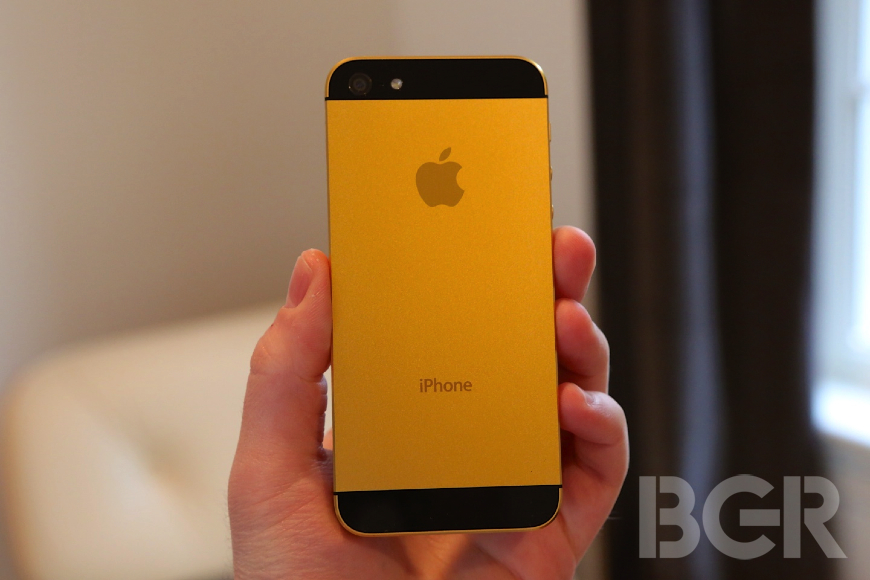 Back in 2010, 3G device sales in North America outpaced China and India by 185 million vs. 114 million. That’s when the collective taste of American consumers still mattered a lot. But in 2013, China and India will outpace North America by 256 million vs. 215 million. Smartphone market is now defined by Asian tastes. And since they love yellow gold in China, that is a good color for a phone, regardless of whether or not it’s deemed tacky by Americans.

But is yellow gold tacky even in the U.S. and Europe any more? That is not clear. White gold became the cool, sophisticated option in 1990s and 2000s as a part of the backlash against tacky 1980s. Chunky yellow gold jewelry was associated with shoulder pads, big hair and Falcon Crest.

But the definition of fashion is that it keeps cycling — and U.S. retailers have been itching for years to force women to start revising their collections and switching back to yellow gold. White gold used to look sophisticated back in late Nineties – but now it’s all over Zales and it has lost its high-end niche. Go to any New York jewelry store today and you’ll hear that yellow gold is the warm and grounded choice, while white gold is cold and going out of style. So yes, now is the perfect time for Apple to debut a gold iPhone 5S.

“In Europe, white is over, and yellow is king again.”

“Yellow gold is coming back, it compliments diamonds and other colored stones.”

This is precisely the right moment to put out a garish yellow gold phone — the zeitgeist is shifting. The 1980s don’t look so bad with the current unemployment and wage growth statistics. Apple sometimes has the knack of taking a nascent trend and banking it.