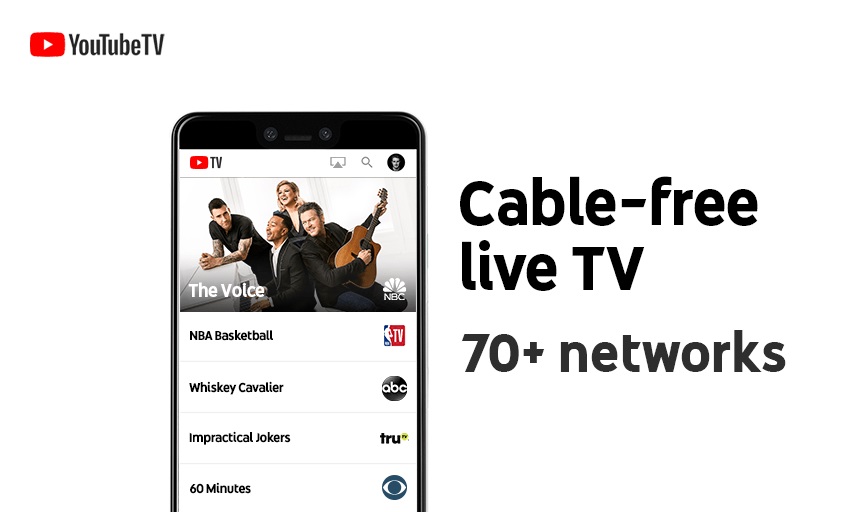 The wave of streaming service price hikes continues this week, as Google announced that its monthly subscription for YouTube TV jumped from $39.99 to $49.99 on Wednesday, April 10th. The sudden increase is a result of YouTube TV signing a multiyear deal with Discovery, bringing eight new channels to the service: Discovery Channel, HGTV, Food Network, TLC, Investigation Discovery, Animal Planet, Travel Channel, and MotorTrend.

In addition, OWN: Oprah Winfrey Network is coming later this year, and EPIX is available for an additional charge.

The $49.99 subscription is effectively immediately for all new subscribers, while current subscribers will see the price reflected in their next billing cycle after May 13th. Google adds that any YouTube TV members who are billed through Apple will see the cost of their subscription jump an additional $5 to $54.99 per month.

Anyone who signed up for YouTube TV prior to March 2018, when Google reached a deal to carry Turner channels, was paying $34.99 per month for access to the live TV service. The price increased to $39.99 for new members, but everyone, no matter when they signed up, will be subjected to the higher price. This represents a 25% price increase for newer members and a 43% price increase for early adopters of the service.

Considering the state of the market, though, many subscribers probably saw this coming. Within the last few months, Hulu with Live TV, DirecTV Now, FuboTV, and Netflix all saw their prices go up by $5 to $10 per month.

Christian Oestlien, Vice President of Product Management, YouTube TV, attempted to soften the blow in a blog post by explaining that YouTube TV now offers over 70 networks, in addition to all of the features that have made it among the most attractive internet TV offerings since its launch, such as unlimited cloud storage, six accounts per household, and the ability to run three concurrent streams. YouTube TV also boasts local affiliate coverage from ABC, CBS, NBC and Fox in 90% of markets where it is available, and three of the four in all other markets.