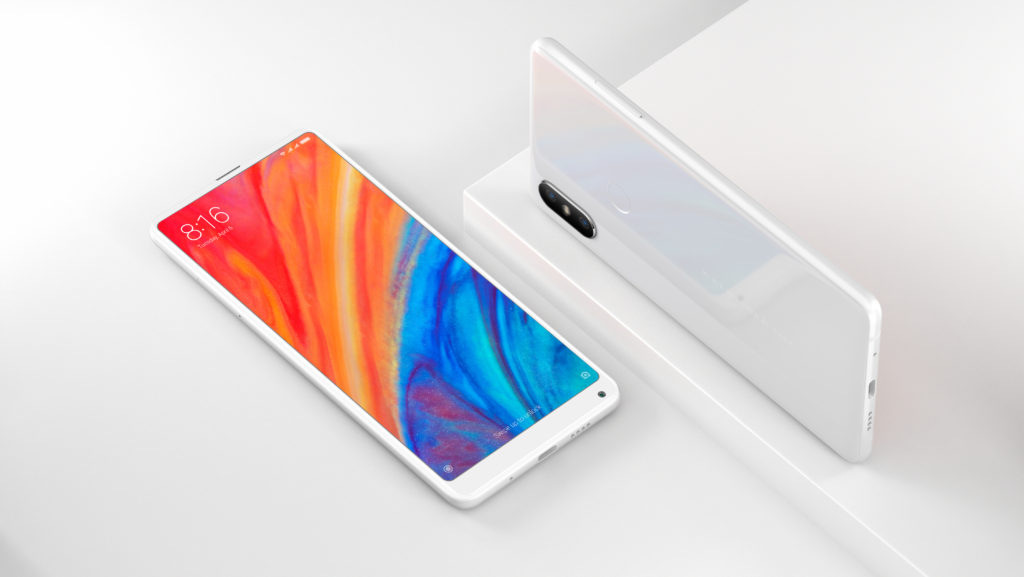 You can’t talk about all-screen phones and not remember that Xiaomi came out with the world’s first such device in late October 2016, at a time when the early iPhone X rumors started to emerge. That was a limited edition phone, but the famous Chinese smartphone maker kept developing the brand. That’s how we got to the Mi Mix 2, and now to the Mi Mix 2S, which was unveiled a few hours ago in China.

Unlike many 2018 all-screen Android phones coming from China, this isn’t an iPhone X clone. It doesn’t have a top notch. Instead, it’s signature bottom chin is still there, and includes the selfie camera. The rear camera on the back, on the other hand, is an iPhone X camera clone.

That said, the Mi Mix 2S does appear to be a true 2018 Android flagship. We’ve got a phone made of aluminum and ceramic and an all-screen display. Under the hood, there’s Qualcomm’s Snapdragon 845 flagship powering the phone, alongside 6GB/8GB of RAM, and 64GB/128GB/256GB of storage.

The phone’s dual-lens camera may look like the iPhone X’s camera setup. But Xiaomi says the handset is able to deliver a great overall experience. The camera has a Sony IMX363 flagship sensor with 1.4μm pixels, Dual Pixel technology, and AI integration. Overall, the camera got a 101 rating in DxOMark’s review — although we’ll keep telling you the numbered-based scores DxOMark puts out are meaningless.

The Mi Mix 2S will be available in China on April 3rd, with the cheapest model retailing 3,299 Yuan ($525). The 8GB/256GGB top of the line Mi Mix 2S retails for 3,999 Yuan ($636) and includes a Xiaomi 7.5W fast wireless charging accessory valued at 99 Yuan ($16). These are great prices, especially compared to Apple and Samsung’s flagship handsets. “Select” global markets will get it at a later date.

What’s interesting is that Xiaomi chose to unveil its new flagship on the same day when Huawei, one of its biggest rivals, is set to unveil the Huawei P20 series in Paris, France.