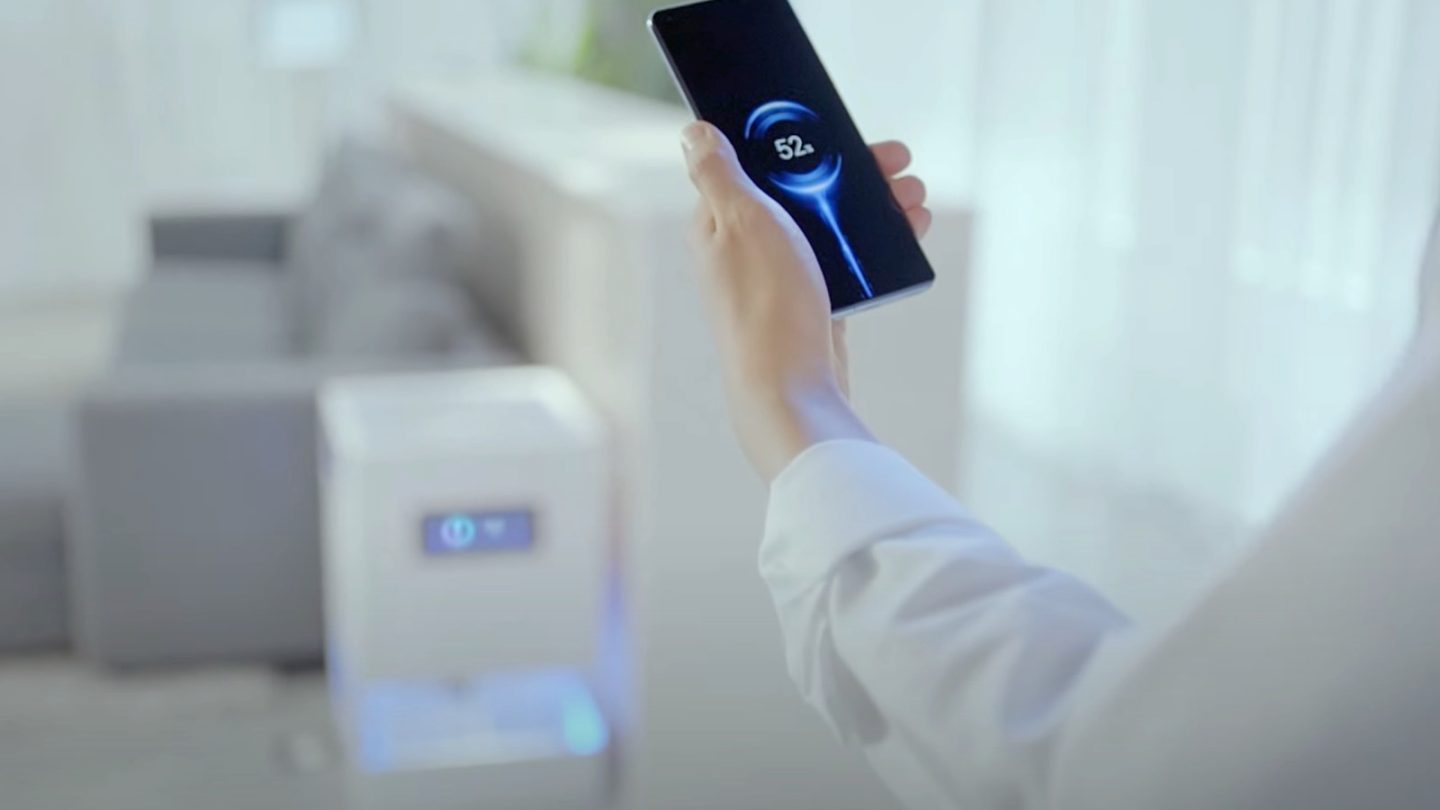 Vaporware is defined as ”a computer-related product that has been widely advertised but has not and may never become available.” It can be anything, hardware or software. Some companies constantly engage in vaporware announcements, announcing technology that isn’t immediately available for purchase, or tech that needs several years to mature into a product that anyone can purchase.

That’s what Xiaomi practically did on Friday, with a product that promises the wireless charging tech that we’ve been dreaming of. “This is a revolutionary innovation of wireless charging,” Xiaomi explains in its announcement, adding that “it’s not science fiction, it’s technology.” But it’s technology you can’t buy now or in the very near future. There’s no telling when the Mi Air Charge will be available either. It’s exciting vaporware.

A few years ago, when there was talk of Apple working on wireless charging tech to the iPhone, we saw several reports indicating that Apple might do something different. Rather than developing the same wireless charging smartphone that everyone else had, Apple would come up with an iPhone that can be recharged over the air from a charger placed in the same room. You wouldn’t have to place the device on a charging surface and stop using it while it recharges with such tech in place. Simply being in the same room with the long-distance wireless charger would be enough for the gadget to recharge automatically. The same tech could apply to other devices, and that’s the true wireless charging future we want. Apple never launched such iPhone charging tech.

Fast forward to Friday, and Chinese smartphones and electronic maker Xiaomi is ready to announce the Mi Air Charge tech. The white box in the background of the following image can locate a smartphone’s position in a room and recharge it wirelessly at 5W speeds.

The white bo thing is actually quite large, as seen in the following animation. Aside from smartphones, it might support additional gadgets in the room, provided that they themselves have the right hardware. Here’s how Xiaomi describes the tech in that white box:

The core technology of Xiaomi’s remote charging lies in space positioning and energy transmission. Xiaomi’s self-developed isolated charging pile has five phase interference antennas built in, which can accurately detect the location of the smartphone. A phase control array composed of 144 antennas transmits millimeter-wide waves directly to the phone through beamforming.

And here’s what has to happen on the smartphone side of things:

In other words, none of the current phones will support remote charging. They’re not equipped to work with the 5W charger. Xiaomi confirmed to The Verge that no 2021 smartphones would support the tech and did not offer a timeline for the first devices that will come with Mi Air Charge technology on board.

There’s no guarantee the product Xiaomi just unveiled will ever become available in stores. Apple’s AirPower universal wireless charger is a rare Apple failure, a product that was announced during an iPhone show but never made it to stores. There’s no telling if Xiaomi’s Mi Air Charge will be more successful than that.

But Xiaomi does have a major incentive to create this particular device. The company sells a growing number of devices for the home, including smart home gadgets that could benefit from long-distance wireless charging. And Xiaomi has been at the forefront of pushing the limits of traditional wired and wireless charging on smartphones, so Mi Air Charge might be the next charging innovation coming out of its R&D departments.