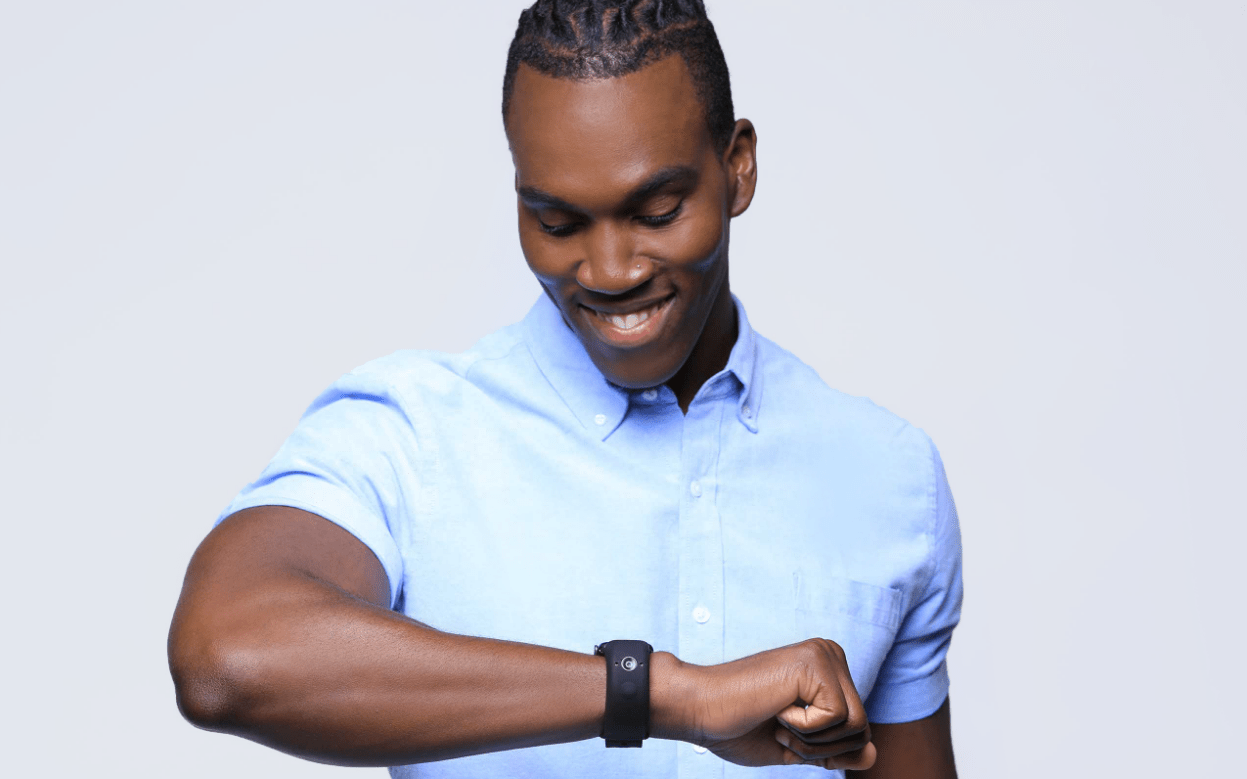 For Apple Watch users, how many times have you decided to leave your phone behind when you went out somewhere? You have so much functionality right on your wrist that, if you pay for the data plan, allows you to go through your day without having your phone in your pocket or purse. But there have been times where I’ve been on a walk outside and wanted to take a picture of something and didn’t have my phone on me. I just chalked it up to an “oh well” moment and kept walking. But with the Wristcam, you’re able to snap a picture or capture a video right from your Apple Watch.

Debuting last December, the Wristcam is an Apple MFi-certified smart camera system that features two cameras, one for selfies and one for outward-facing photos. The cameras are inside a band for the watch and you slide it onto any series or size of Apple Watch to give you a wearable piece of technology. The cameras shoot 4K photos and 1080p video for you to enjoy. It takes almost no time to set up and the app will show up on your phone and watch. Once you set up simple Siri commands, you’ll be able to talk to your watch and record videos and photos in a matter of seconds from your Apple Watch. When you connect your Wristcam to the charger, it will upload the photos and videos you’ve taken to your iPhone’s photo gallery automatically and then delete them from the watch to free up space.

Wristcam sent me the product to test it out. The band, at first sight, may look a bit large. I had multiple people ask me what it was when they saw it on my wrist. But it doesn’t feel bulky and it only weighs 22 grams. Using the watchOS app is simple and can be added to your watch face, so you don’t have to search for it. While using the Siri commands, it does take a second for the app to load, as it connects to the app and opens it before following through on your command. So if you’re trying to take a photo or video or something quickly in the moment, you may miss it. But this isn’t any different from when you have to take your phone out, open it, and start recording. The lighting isn’t easy to control from your watch, which is understandable. But the convenience of having a camera on your wrist will make your life easier and you’ll end up using it more than you think.

So how do you take an already innovative product and expand its usability? By adding the next component of user-to-user communication: live video messaging. Introducing Live Video Messenger takes the ability to seamlessly record and send video messages to other Wristcam users. For those who don’t have a Wristcam, they can download the Live Messenger app which will allow them to communicate with users who do have Wristcams. I spoke with Wristcam’s co-founders, CEO Ari Roisman and CMO Matt Frischer, about what they envisioned as the next step for their product.

“With messaging and bringing people closer, we believe we lead in video,” said Frischer.

Last week, Wristcam raised $25 million in funding to help expand its team and increase production. For the live video messaging feature, Wristcam built the streaming media protocol from scratch and the product has spent four years in development. Since the Wristcam debuted, there have been thousands of sales and feedback has been overwhelmingly positive from users. Roisman believes that the Live Messenger portion will only help it to grow.

“With Wristcam Live Messenger, we’ve made visual communication faster and more accessible than ever before,” he said. “Until now, our users have been able to instantly capture photo and video on Apple Watch. This experience is fast and liberating, especially with hands-free Siri control. But the magical, killer app for Wristcam is real-time video communication. This ability to instantly livestream and exchange video with Apple Watch and iPhone users, straight from Apple Watch, is something that needs to be experienced firsthand to truly appreciate. It feels like having superpowers. We see this sort of lightweight, visual communication becoming commonplace as wearable screens and cameras become more prevalent.”

I was able to give the Live Messenger app a test and found it to be the start of something great. Once you’re able to connect with someone else who has the Live Messenger app, even if they don’t have a Wristcam, you’re able to share video straight to them. You can upload your contacts and invite iPhone users to download the Live Messenger in order to share videos. They’ll get a notification that you’re sending them a video and, once they open it up, they’re watching in real-time as you send a live video message. If the app on the watch is open, the process uploads seamlessly, so you’re as close to live as possible. It also simultaneously streams and uploads to the cloud, allowing you to revisit the videos you sent. Having to download an entirely different app that’s separate from the main Wristcam app isn’t the most desirable setup, but Wristcam is not the first company to try and make that a common occurrence.

The Live Messenger is ideal for group messaging to keep multiple people engaged and in the know, as “group connectivity was very important,” according to Roisman. Anybody who uses the Wristcam can see it’s a unique product and the Live Messenger is a step towards the future of wearable technology. Having the ability to utilize your Wristcam for more should only increase its popularity going forward. Wristcam currently retails for $299 and is now available on Amazon.