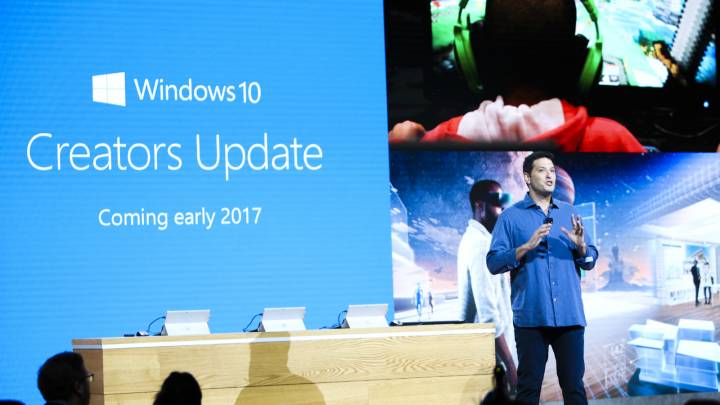 There’s a few moments on a computer that demand your undivided attention, and the chances are Windows Update has ruined at least one of them. Whether it’s a forced restart just as you’re about to save a term paper or incessant pop-ups during a presentation, Windows Update has a way of sliding into your life that’s singularly irritating.

But according to Microsoft, the very worst habits are about to change. In the Windows 10 Creators Update, slated to come this spring, forced restarts will be a thing of the past. You’ll still have to deal with the endless pop-ups, but the options to control them will be better at least.

Per CNET, you’ll now get a full-screen pop-up when an update is ready to be installed. You’ll be forced to pick one of three options: restart now, pick a time and snooze. You have to pick one option to make the pop-up go away. Snooze will initially allow you to snooze the notification for three days, but after a month the snooze will only work for one day. That sounds like a much more acceptable level of nagging.

Microsoft has always struggled to strike a good balance between keeping users on the most recent version of Windows and annoying Windows users so much that they leave. Keeping Windows up to date protects users from security breaches, as well as making life easier for developers. But with the upgrade to Windows 10, Microsoft pushed so hard that it literally made headlines.

Although “Windows updates are broken” is not a new or controversial opinion, CNET‘s Sean Hollister made such a personal campaign of the issue that it seems he’s the one to thank for today’s breakthrough.