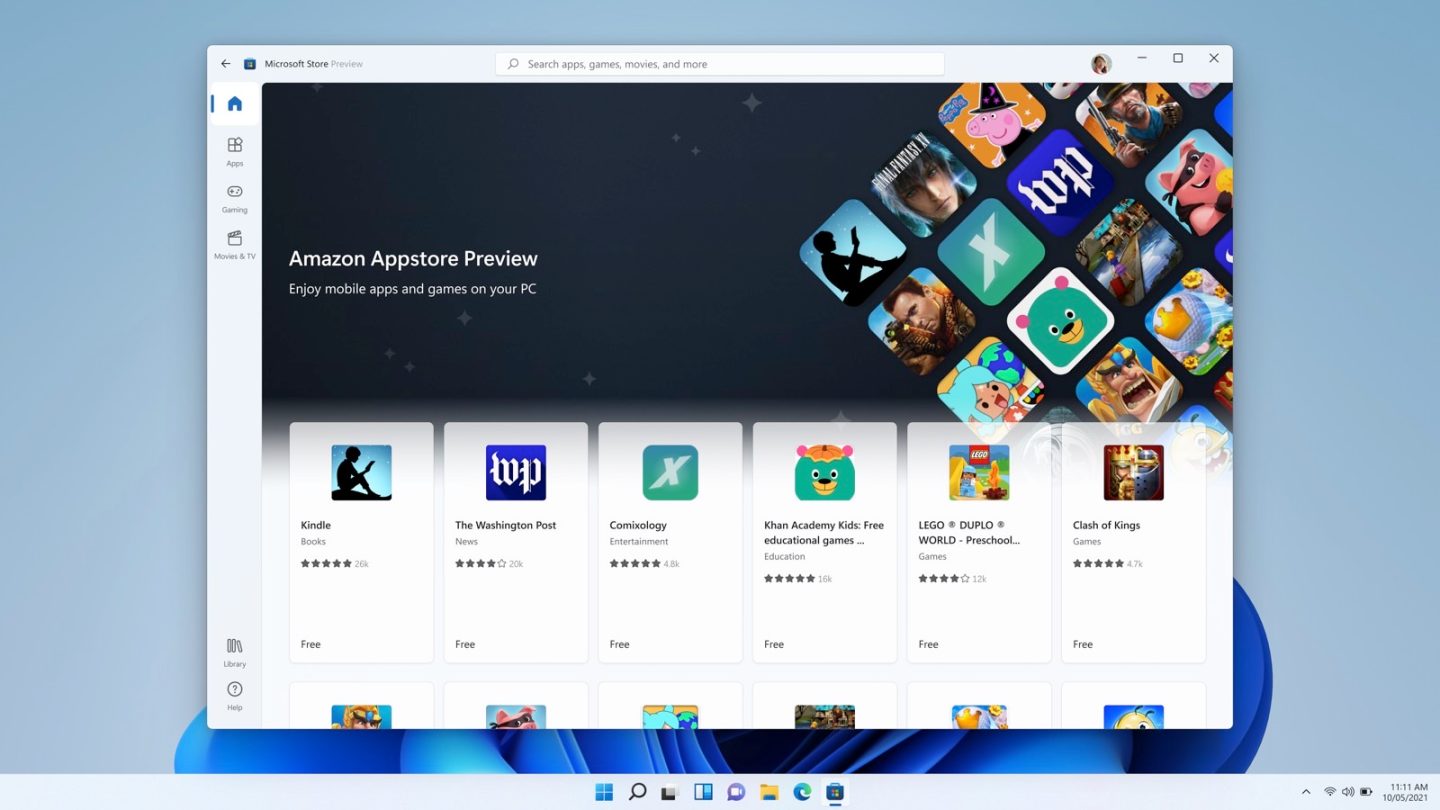 One of the most surprising Windows 11 features is its support for Android. But when you realize that Microsoft makes its own Android phone and that Windows 10 already established a link between the PC and your phone, it all makes sense. Why shouldn’t you be able to run the Android apps you love on Windows 11?

The problem with the feature is that it’s kneecapped right out of the box. You’re not getting the full Google Play store experience on Windows 11 because Google won’t just let that happen. Instead, you’re getting the Amazon Appstore experience. That’s still a great app catalog, which probably includes the Android apps you use the most. But Microsoft isn’t quite ready to let anyone run any Amazon Android app on their Windows 11 device just yet.

How to start using Android apps on Windows 11

Windows 11 is available out for PCs that pass the hardware requirements test and for those that don’t. But you will need to sign-up for Microsoft’s Insider program to start installing Android apps on your Windows 11 machine.

Microsoft explained in a blog post that it partnered with Amazon and Intel to launch this early version of the Android experience on Windows 11.

Windows Insiders will have to get on the Beta Channel and select the United States as their home country. That also means you’ll need access to a US Amazon account.

Once you check all those boxes, you’ll be able to install Android apps on your Windows laptop or desktop. Intel, AMD, and Qualcomm processors are all supported at this stage.

What to expect from the Android on Windows 11 experience

Microsoft says that running Android apps on Windows 11 will “feel familiar, effortless, and integrated.” On top of that, you’ll also take advantage of the Windows 11 user interface in the process — Microsoft explains:

You can easily run these apps side-by-side with the help of the new Snap Layouts feature, pin them to your Start menu or Taskbar, and interact with them via mouse, touch, or pen input. Android apps are also integrated into Alt + Tab and Task view to help you quickly move back-and-forth between the apps that matter most to you. You can see notifications from Android apps notifications in the Action Center or share your clipboard between a Windows app and an Android app.

As for Intel’s involvement, the chipmaker ensures that Arm-only apps will work on Intel and AMD devices.

There’s one more final detail that you won’t necessarily like. Running Android on Windows 11 right now means that you can only install 50 apps from the Amazon Appstore. That’s it. The store has hundreds of thousands of apps, but the Windows 11 beta program will only cover 50 of them.

You can try mobile games like Lords Mobile, the official Kindle app, and kids content like Khan Academy Kids. Make sure you also check out the Microsoft announcement at this link.