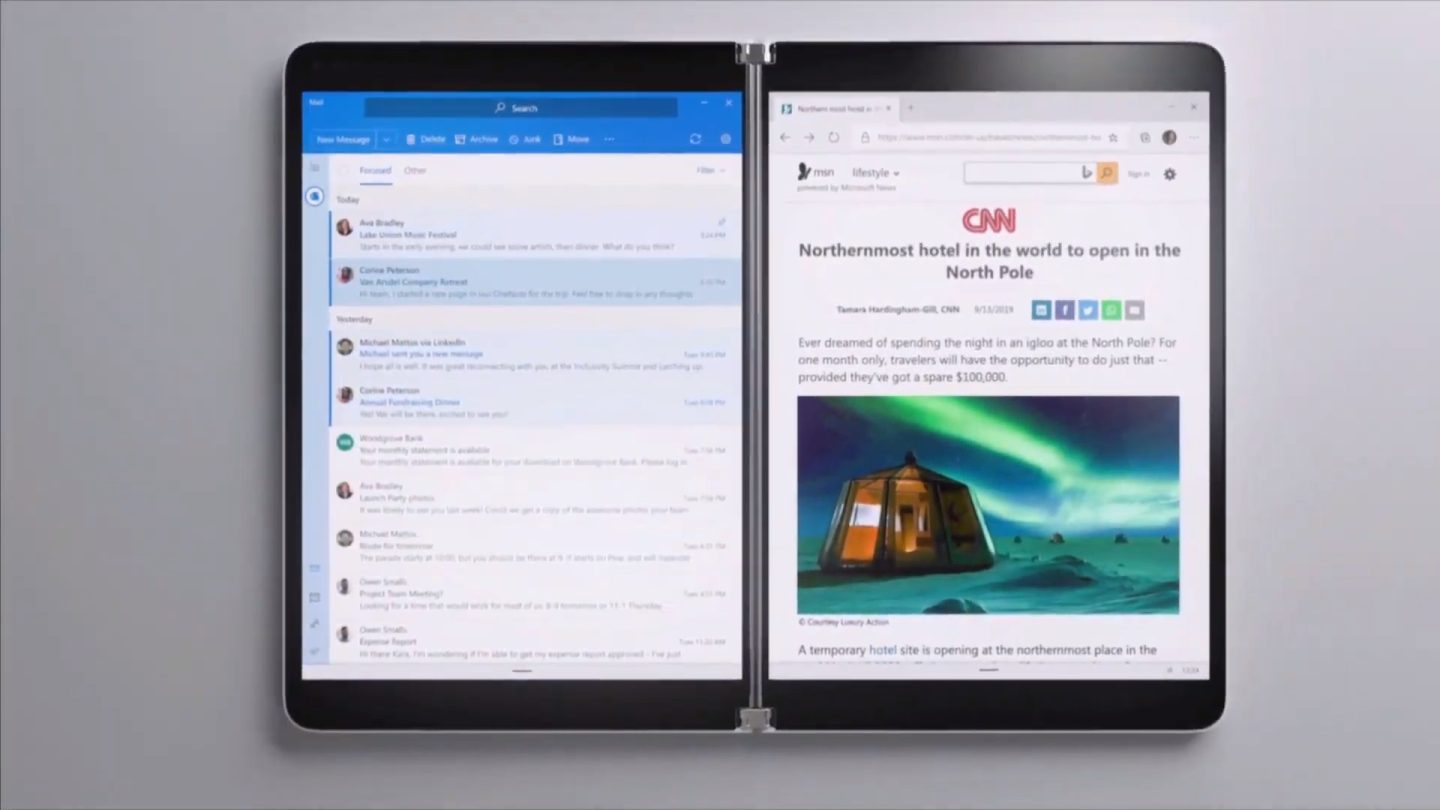 Microsoft unveiled several new computers a few weeks ago, including updates to its Surface Pro and Laptop lines, as well as its first-ever Surface devices powered by ARM and AMD chips. The most interesting devices coming out of Microsoft’s hardware event were the dual-screen Windows tablet (Surface Neo) and Android smartphone (Surface Duo) that were only announced so developers can help Microsoft create compelling dual-screen software experiences for buyers — both the Neo and Duo will launch only about a year from now. A new leak, however, reveals that the Windows 10X version of Windows 10 that Microsoft created for dual-screen gadgets might have a future on more traditional laptops, which only feature one main screen.

Documentation that a leaker found online and posted on Twitter (via TechSpot) indicates that the new Windows 10X user interface may reach notebooks in the future.

The Start Menu is now called “Launcher,” which sounds a lot like what happens over on Android, with Bing Search getting a prominent placement — the feature is “seamlessly integrated with web results, available apps and specific files on your device,” and supports voice, keyboard, and touch.

Below Search you’ll get a customizable grid of semi-permanent apps that can change apparently adapt based on use patterns. Apps can be installed directly from the Edge browsers and can be deleted from the device’s apps page.

A recommended section under the apps section is “dynamically updated based on your most frequently and recently used apps, files, and websites,” as seen in the image above.

At the bottom of the Windows 10X UI there’ a new Taskbar, including a new File Explorer:

For both clamshells and foldables, the taskbar will be the same base model with a series of ‘levers’ which can be pulled to create some alternatives in the model.

The new UI might make sense for some Windows 10 use cases when it comes to convertible laptops that can act as Windows tablets as well. That said, there’s no telling how soon Microsoft will port this sort of Windows 10X home screen experience to regular Windows 10 notebooks, or whether it’ll happen at all.