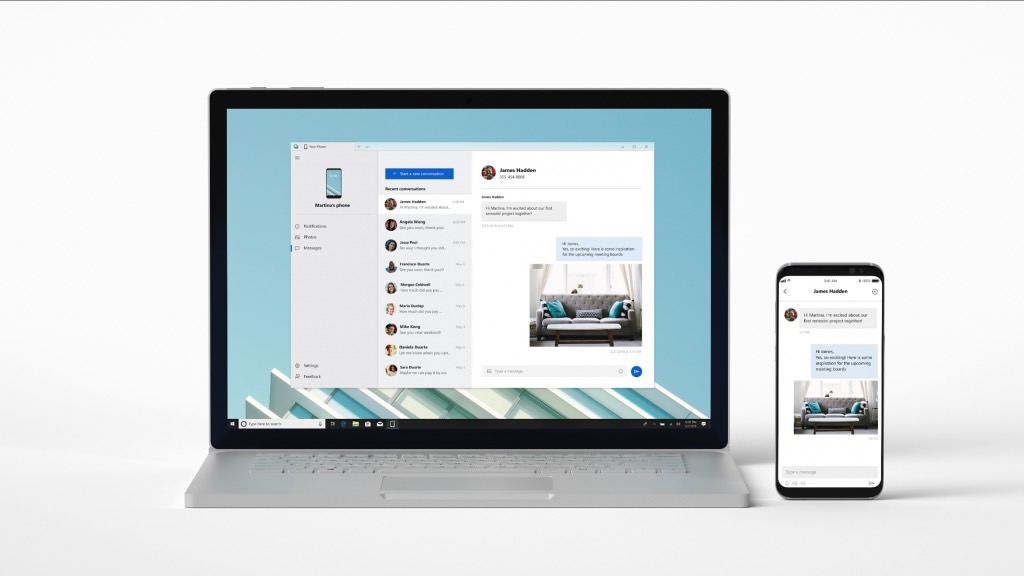 If you’re rocking a Windows 10 PC and an Android phone, your life is about to get a lot better when it comes to staying on top of your notifications. That’s because your computer will soon mirror your phone’s notifications, which means you won’t have to keep picking it up to check texts and apps. The feature is part of the existing Your Phone app, which exists to bring the Android phone experience straight to Windows 10.

This isn’t the first time we’ve heard about the feature, as Microsoft demoed it about a year ago. Plus, in addition to showing notifications, Your Phone will also let you interact with your Android handset directly.

Notifications have arrived! With the Your Phone app, you can now receive and manage your Android phone’s notifications on your PC. Get Your Phone app from the Microsoft Store here: https://t.co/E56Z8eVdIR pic.twitter.com/ovlKi1QOJy

What’s interesting about Your Phone is that, a few days ago, a report said that the app would be preloaded on the Galaxy Note 10 phone when it launches next month. That report mentioned that Note 10 users would only have the ability to send and receives text messages on a Windows 10 PC, as well as preview photos on the phone — features that are already available in the current version of Your Phone.

Considering the notifications support update that Microsoft just announced, it’s safe to assume that notifications on Note 10 phones will also be mirrored to Windows 10 computers.