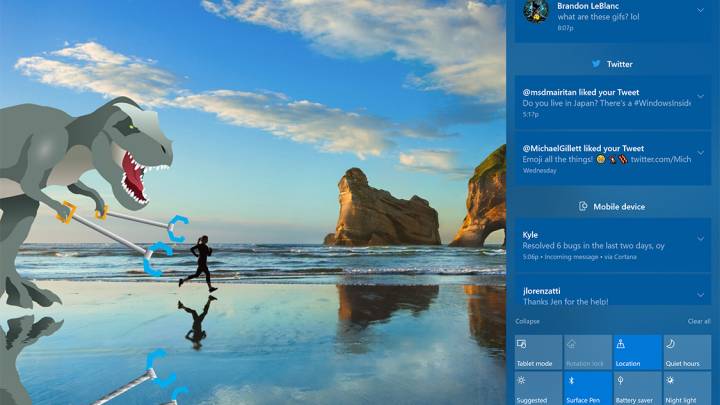 During Microsoft’s developer conference earlier this year, the company announced a raft of new features coming to Windows 10 in the “Fall Creators Update.” One of the few legitimately useful features was slated to be Timeline, a way to easily swap between Windows PCs, iOS, and Android devices without leaving your work behind.

If that sounds familiar, it’s because it’s rather similar to “Continuity,” a feature Apple introduced years ago to help switching between iOS and macOS. It’s no bad mark that Microsoft is copying Apple here — plenty of Windows features have shown up in macOS — but it is rather awkward that Microsoft’s rip-off is going to be delayed by months.

Timeline mostly consists of a window within the Task View of Windows, which shows you all the current applications running on your Android and iOS devices. The feature will let you resume the same apps when you move from an iOS to Windows device, and the integration runs much deeper if you’re using Microsoft apps like Office or Edge on your mobile device.