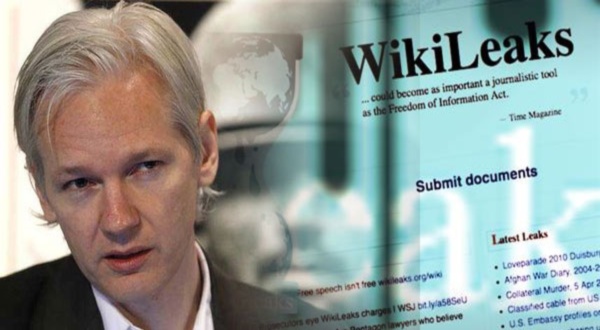 19,252 emails and 8,034 attachments were added to a searchable online archive today. The extent of the damage won’t be known until the data has been analyzed, but as Gizmodo notes, just searching things like “passport” or “social security” is throwing up people’s passport numbers and SSNs.

DON’T MISS: It’s official: Pokemon Go had the best opening week of any app ever

If you’ve made any contribution to the DNC, you probably want to search your own name right now to see if your details have been exposed. Identity theft protection probably wouldn’t be a bad idea, either.

How did this happen? WikiLeaks has shown a reckless disregard for people’s personal information in the past. Unlike the Snowden leaks, which were carefully disseminated through the media, stripping out sensitive and personal information, WikiLeaks prefers to dump unredacted files directly on the internet. It’s not responsible journalism, and more the kind of thing you expect from Anonymous.

This is the latest in a string of bad news for the DNC and its internal files. A hacker calling himself “Guccifer 2.0” has released sensitive internal documents, including the Democrats’ entire playbook for taking down Donald Trump. The latest series of emails may well reveal something embarrassing for the Democrats; right now, it’s just worrying that the organization keeps sensitive personal data in poorly-protected plaintext.