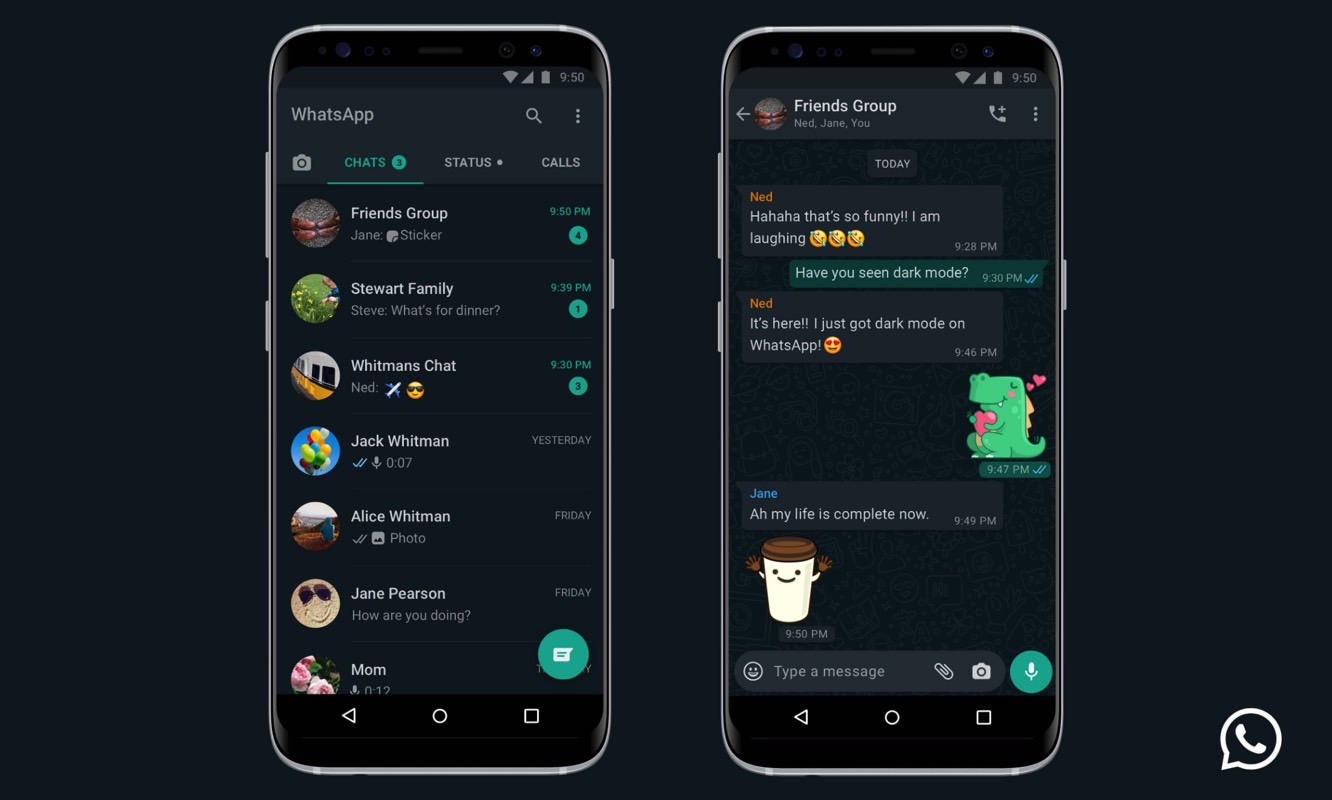 The feature you most wanted from your favorite chat app is finally here, after months of rumors and beta testing. WhatsApp for iPhone and Android has finally embraced the darkness, as dark mode is now available to all users who own devices capable of taking advantage of dark modes in apps. If you’ve already set up dark mode on your iPhone, iPad, or Android device, all you need to do is update WhatsApp to the latest version to enjoy the darkness.

We’ve had dark mode on iOS and Android phones for quite a while now, but Facebook has been slow at bringing the feature over to WhatsApp. The company explained in a blog post that it spent time researching and experimenting two particular dark mode-related matters, including readability, and “information hierarchy:”

Readability: When choosing colors, we wanted to minimize eye fatigue and use colors that are closer to the system defaults on iPhone and Android respectively.

Information Hierarchy: We wanted to help users easily focus their attention on each screen. We did this by using color and other design elements to make sure the most important information stands out.

More than two billion users have installed WhatsApp on their devices, but only those on iOS 13 and Android 10 will be able to really take advantage of it. WhatsApp will automatically switch to dark mode if you have dark mode enabled at the system level. That’s something you should probably do, especially on devices that have OLED screens. Dark mode will make it easier to consume content at night and will save battery life.

Most iOS users are already rocking the latest iOS release from Apple, but over on Android, some people may be stuck on older versions. Android 9 users can also use the new dark mode, but they’ll have to enable a dark theme in the WhatsApp settings. Everyone else will just have to wait for the Android 9 (or later) update or get a phone running a newer version of Android to use dark mode during WhatsApp chats.

And yes, this is an official WhatsApp video promoting the new feature: