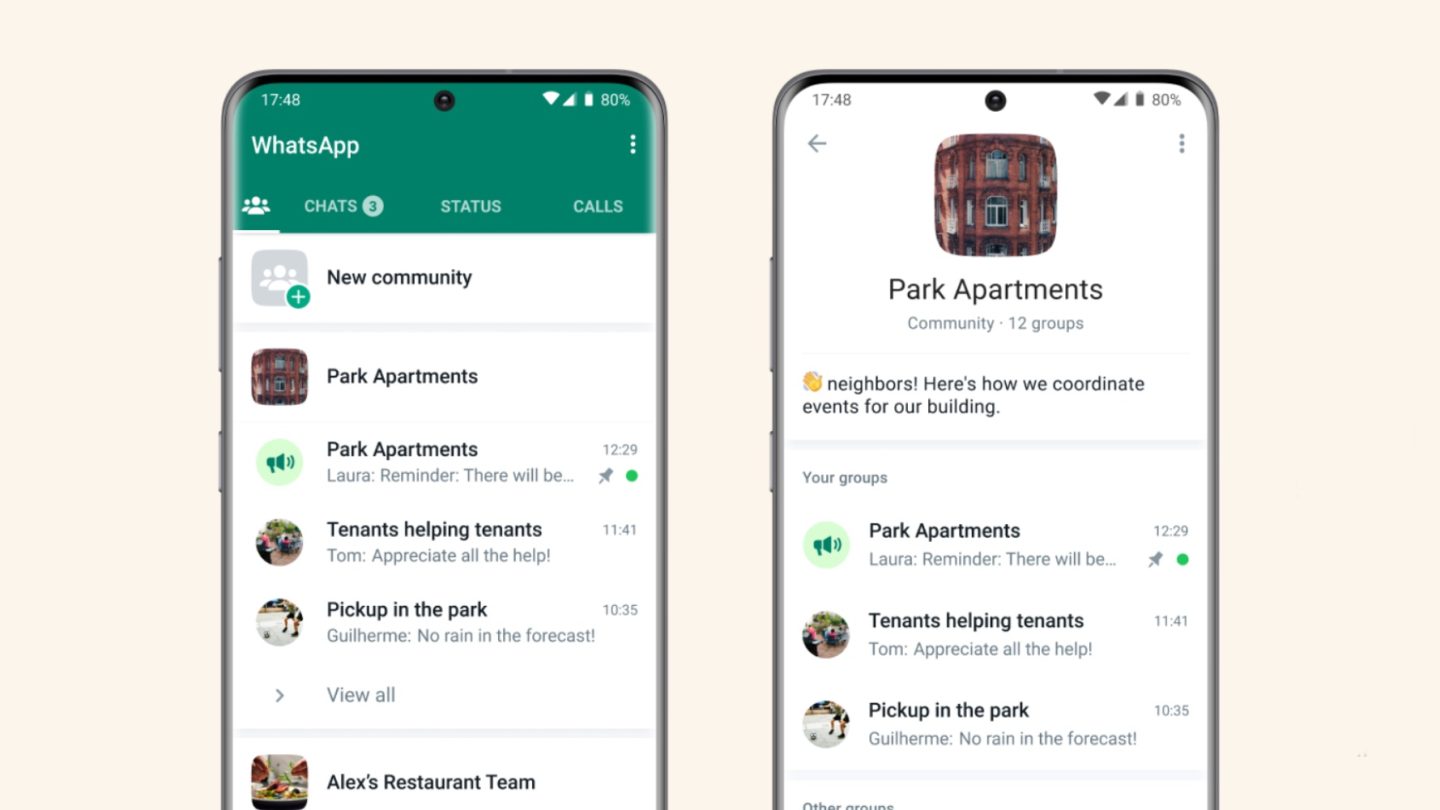 Today, WhatsApp announced it’s finally making available the Communities feature. The company calls this “a major update to how people will be able to connect on WhatsApp in the groups that matter to them” alongside some other already-announced functions.

Earlier this year, WhatsApp unveiled many features, but only a few were made available such as the ability to react to messages with any emoji. Now, the company is finally rolling out its other announcements.

Communities like neighborhoods, parents at a aschool, and workplaces can now connect multiple groups together under one umbrella to organize group conversations on WhatsApp. To get started, tap on the new communities tab at the top of your chan on Android and at the bottom on iOS. From there, you can start a new Community from scratch or add existing groups.

Once in a Community, it’s easy to switch between available groups to get the necessary information. As always, WhatsApp highlights that it provides end-to-end encryption in all the experiences available within this feature.

Alongside Communities, WhatsApp is also releasing three other already-announced features. Starting now, users can create in-chat polls, participate in video calls with up to 32 people, and create groups with up to 1,024 users.

These functions join others already available such as emoji reactions, larger file sharing, and admin delete. All of these features, WhatsApp says, can be used in any group and also Communities.

With all of these announcements, WhatsApp will start rolling out these features globally, which will be available in the next few months. In addition, the company is also ready for some unannounced features, such as adding a profile picture to group chats, editing messages – just like it’s possible on iMessage – and more.