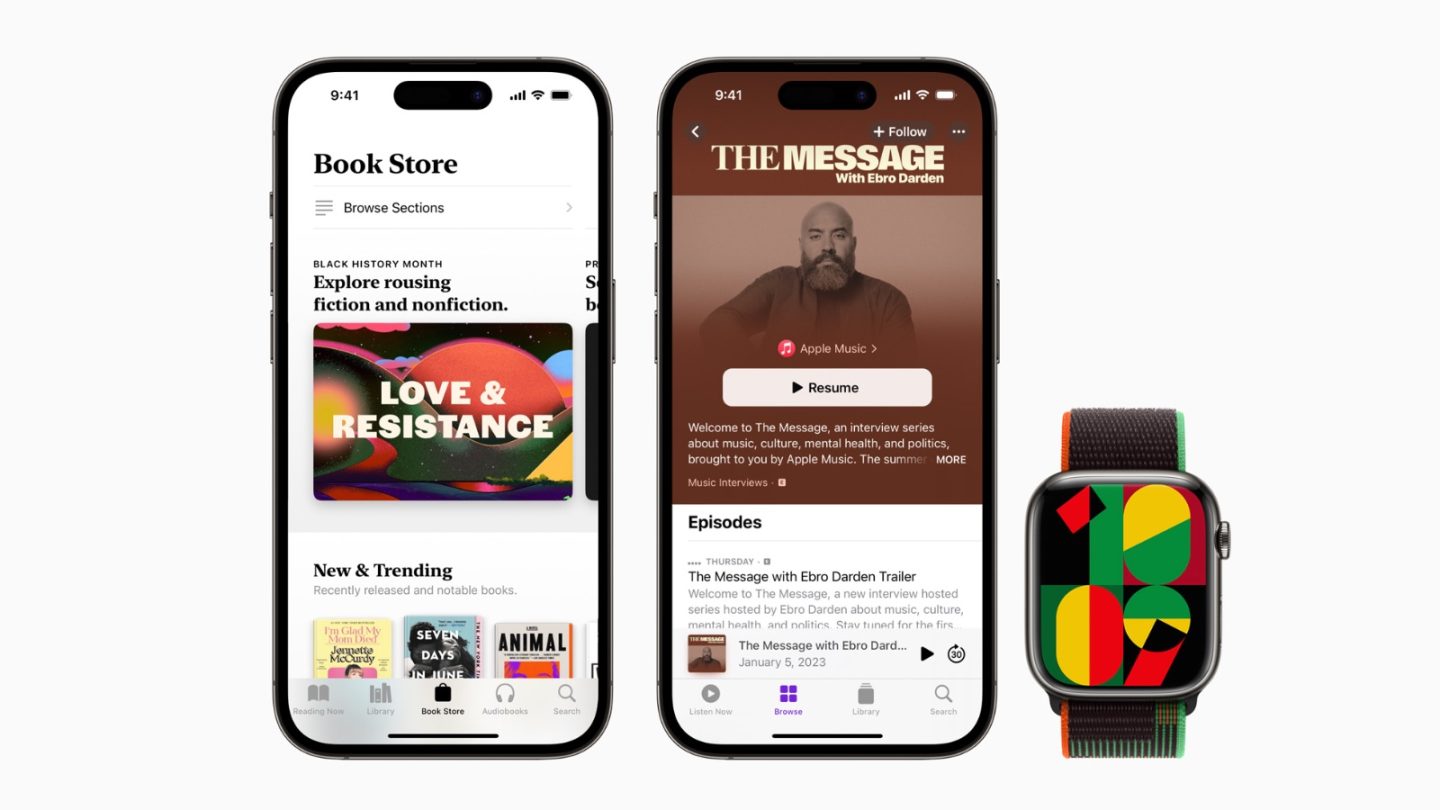 Alongside iOS 16.3, Apple is releasing watchOS 9.3 to all users. Different from other watchOS updates, this one is pretty minor, as it doesn’t have main feature users should be looking forward to.

This year’s Black Unity Sport Loop Apple Watch band features the word “Unity” woven abstractly into the band using red, green, and black yarns that pay homage to the Pan-African flag. In contrast, a unique layering of yarns lends a sense of three-dimensionality to the letters. Additionally, the Unity Mosaic watch face incorporates geometric shapes in green, black, red, and yellow, and as the minutes change, each number uses pieces of other numbers to morph into new forms. iPhone users can also show their support with the new Unity wallpaper for their Lock Screen.

watchOS 9.3 also brings “improvements and bug fixes,” but Apple didn’t disclose what’s being improved or fixed – as it did with the other operating systems.

With watchOS 9.2, on the other hand, the Cupertino firm adds several new features, such as:

Wallet: Apple Card users with a Savings account can now check their balance in Wallet and Family Setup users can be invited to the Home app to control HomePod speakers, smart home accessories, and unlock doors with home keys.