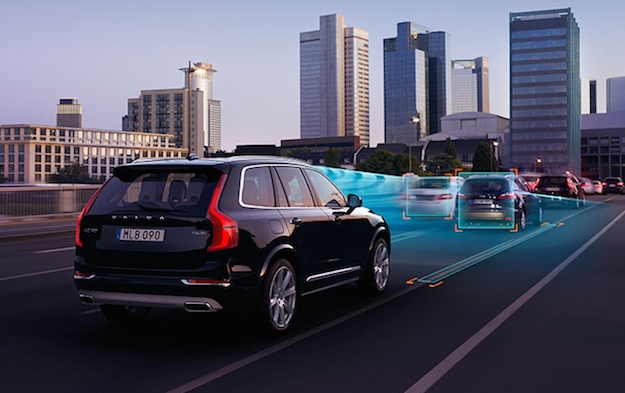 While Tesla is dominating the electric car market, every other manufacturer is left scrabbling to catch up. Some carmakers, like Chevy and its pleasantly-affordable Bolt, are planning on releasing competitors as soon as this year. Others, like Volvo, have been waiting until the time is right to strike.

According to Automotive News, that time is getting closer. Lex Kerssemakers, CEO of Volvo Car USA, told reporters in Geneva that Volvo’s first electric vehicle will have a range of 250 miles and a pricetag of $35,000-$40,000 when it debuts in two years’ time.

Can you think of another electric vehicle that has about the same specs? Oh yeah, Tesla’s upcoming Model 3, which should have a range a little under that when it goes on sale for $35,000 later this year. The Chevy Bolt also sells for about the same price with a 238-mile range.

Although Volvo has now revealed the range and price that it’s aiming for, it’s still unclear what shape the car will take. Both Tesla and Chevy have opted for a smaller, more compact car design for their entry-level EVs. Volvo is more known in the US for SUVs and crossovers, in particular the XC60 and XC90 SUVs. There’s no way we’re going to see an electric XC90 at the $35,000 pricepoint, but it’s easily possible Volvo will aim for a compact SUV bodystyle like the upcoming XC40 for its electric car.