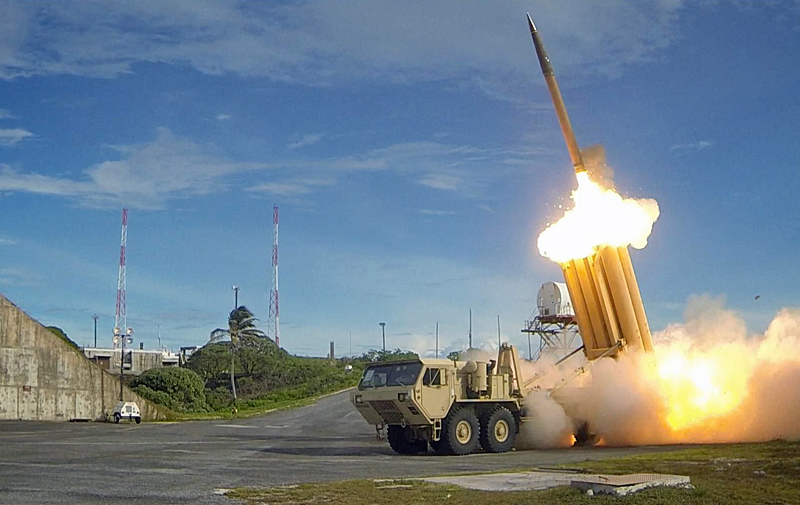 It’s so easy to party to excess at the end of the year — to get caught up in the year-end revelry and the excitement of turning a page on the calendar. Some people get so caught up in the fun they go out and get hammered. Others gather in Times Square to watch the ball drop while they try not to freeze to death. Meanwhile, the arm of the US military that oversees the nation’s nuclear weapons arsenal decided to get in on the fun in its own way — by sending out a humorous tweet about how big its bombs are. A tweet that, okay, wasn’t actually funny at all. It has since been deleted and the military has also taken the extra step of apologizing for it.

It all started when US Strategic Command (@US_Stratcom on Twitter) sent out this admittedly inappropriate New Year’s Eve-themed tweet. We’re including this shared version of the tweet, since the original has been deleted:

Nice that the US Strategic Command deleted this tweet.

Not nice that they tweeted it in the first place…. pic.twitter.com/fsSv5udsZw

“What kind of maniacs are running this country?” Walter M. Shaub Jr. tweeted incredulously in response. He was formerly the head of the US Office of Government Ethics until his resignation in 2017.

As part of the since-deleted tweet, US Strategic Command also included a video with it that showed a B-2 stealth bomber dropping two GPS-guided bombs. Words like “Stealth” and “Lethal” popped up on the screen during the clip, which was reportedly viewed more than 120,000 times.

According to The New York Times: “The video in the original tweet shows a B-2 stealth bomber dropping a GBU-57 Massive Ordnance Penetrator. The GPS-guided bomb weighs tens of thousands of pounds and is designed specifically to penetrate thick concrete that protects entrenched structures such as underground bunkers and weapon storage sites.

“Stratcom is one of the American military’s 10 unified commands. While some of those commands oversee operations in a specific region, like the Middle East or Africa, Strategic Command oversees specific capabilities, such as the Air Force’s bomber wings that can strike anywhere in the world, encrypted communications or the tracking of global weapons of mass destruction.”

Which, again, is the kind of military entity you would expect to be judicious in its communications and chest-thumping (of which one would hope there certainly wouldn’t be any). So it’s probably no surprise that the command deleted the tweet about being “ready to drop” something much bigger than the Times Square ball and quickly sent out this as an apology:

Our previous NYE tweet was in poor taste & does not reflect our values. We apologize. We are dedicated to the security of America & allies.