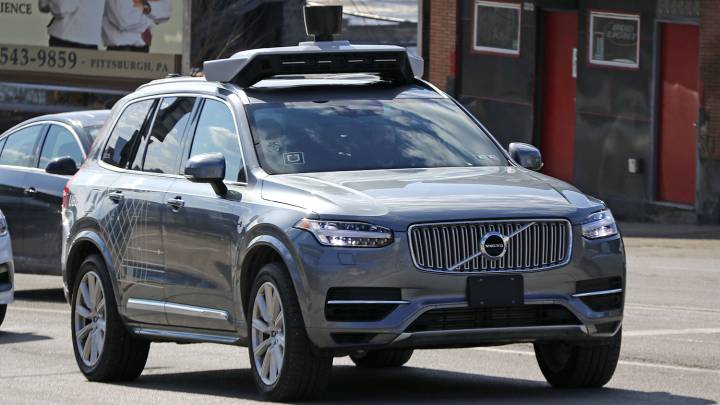 Uber’s reputation is still in a downward spiral, especially after the numerous scandals and lawsuits it had to face over the past year alone. The fact that an Uber self-driving car was the first such vehicle involved in a fatal accident won’t help either. But it looks like it’s not Uber’s fault, at least according to preliminary findings.

One of Uber’s autonomous Volvos killed a pedestrian on Sunday night in Tempe, Arizona — 49-year-old Elaine Herzberg. Uber’s CEO Dara Khosrowshahi announced a halt of the self-driving car pilot in the wake of the incident, as the company nd authorities launched independent investigations.

Some incredibly sad news out of Arizona. We’re thinking of the victim’s family as we work with local law enforcement to understand what happened. https://t.co/cwTCVJjEuz

Tempe police now say that the accident might have actually been Herzberg’s fault. The woman was crossing the street within 100 yards of a crosswalk. The Volvo, meanwhile, was traveling at 38 mph in a 35 mph zone on a Sunday night, and the human sitting in the driver’s seat made no attempt to break.

“It’s very clear it would have been difficult to avoid this collision in any kind of mode (autonomous or human-driven) based on how she came from the shadows right into the roadway,” Tempe police chief Sylvia Moir told the San Francisco Chronicle after viewing videos that recorded the accident.

Uber’s autonomous Volvo cars are equipped with two video cameras, one that faces the street, and another one recording what happens in the car.

“The driver said it was like a flash, the person walked out in front of them. His first alert to the collision was the sound of the collision,” Moir said.

“I suspect preliminarily it appears that the Uber would likely not be at fault in this accident, either,” Moir said, adding that she “won’t rule out the potential to file charges against the (backup driver) in the Uber vehicle.”

Also, the police chief warned that “this is really new ground we’re venturing into” if the AI responsible for driving the car is ultimately found to be responsible for the accident.

Moir told The Chronicle this is only the second car accident that involves an autonomous vehicle, even though hundreds of self-driving cars operate in Arizona. Last year, Uber suspended the program in state after a different accident, one that did not involve any fatalities.