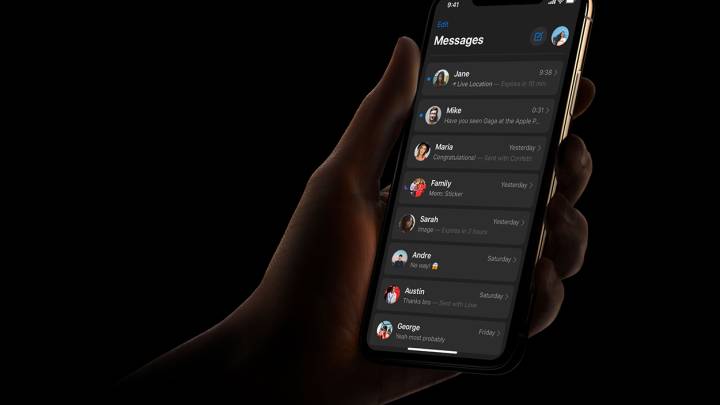 Apple shocked some fans in 2017 when it launched the first iPhone without a Touch ID fingerprint sensor. The iPhone X was also the first iPhone ever to feature 3D face recognition technology, a biometric authentication solution that’s far superior to Touch ID. The competition, meanwhile, wasn’t able to copy Apple’s Face ID, and Android device makers went a different route, adopting screen panels with integrated fingerprint sensors. Google just confirmed that its iPhone 11 rival will have its own Face ID alternative this year, suggesting the Pixel 4 would lack an in-display fingerprint sensor. But Apple is already working on combining the two sensors into a single device. An Apple insider who provided several accurate reports about unreleased Apple hardware says the company will have both Touch ID and Face ID on the iPhone come 2021.

Back in early 2017, when the iPhone X’s commercial name wasn’t even leaked, rumors said the phone would feature an in-display fingerprint sensor, something that Apple had been studying for years. Apple had multiple patents that described various ways to read a fingerprint through the display, from optical sensors to more sophisticated ultrasound sensors (like the ones Samsung launched earlier this year with the Galaxy S10). Those reports ultimately transitioned into rumors that said Face ID would replace Touch ID rather than join it. Then, once Apple unveiled the iPhone X, the company said it never meant to bundle the two biometrics technologies, once Face ID became viable.

Ming-Chi Kuo of TF Industries said (via 9to5Mac) in a new research note from developers that Apple will unify Touch ID and Face ID come the 2021 iPhone models. The analyst says Apple is likely to use a variant of Qualcomm’s ultrasonic in-display fingerprint sensor, which is the kind of tech found inside the Galaxy S10 phones. Ultrasound sensors allow an increased sensing area on the display compared to optical sensors, which makes the scanning experience easier. It’s unclear, however, whether Apple will develop by 2021 technology that would allow the sensor to read fingerprints anywhere on the display.

Kuo said that issues including power consumption, size of the sensing area, the thickness of the sensing module and production yield would be solved by 2021.  Moreover, the analyst added that if Apple does add more biometrics sensors to the Watch, in-display Touch ID is a more likely option than Face ID.

The iPhone 11 phones launching next month will feature the same design as the iPhone XR and iPhone XS phones when it comes to display and biometrics. We’re looking at phones with Face ID notches and all-screen displays. Next year’s phones, meanwhile, are expected to introduce new technologies, including 5G support, according to recent reports.

When it comes to the competition, there’s just a company that launched phones with both in-display fingerprint and 3D facial recognition sensors, and that’s Huawei, with its late 2018 Mate 20 Pro.