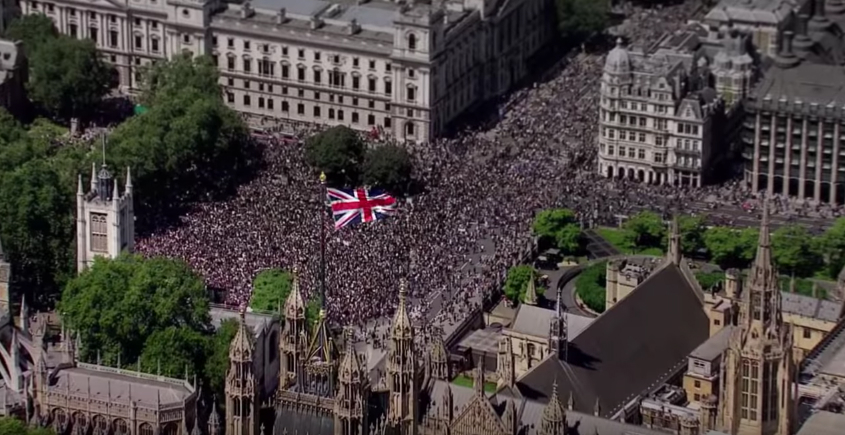 2016 is almost over, and what a year we just had. So many things happened since January 1st this year that you’d have a hard time remembering them all. Thankfully, there’s Google to do that for you, and the company just released a video that briefly reminds us what happened so far this year. As per usual, Google also listed the most searched for items of the year.

All the good and bad things of 2016 are highlighted in Google’s Search trends, and the video below perfectly illustrates 2016, as it happened:

The five most searched for topics of the year are, in this order: Pokemon Go, iPhone 7, Donald Trump, Prince, and Powerball.

When it comes to Global News, the US Election, Olympics, Brexit, Orlando Shooting, and the Zika Virus make the top 5.

Unsurprisingly Donald Trump is the most searched person according to Google, followed by Hillary Clinton, Michael Phelps, Melania Trump, and Simone Biles.

The iPhone dominates the consumer tech sector, taking three of the top five spots: iPhone 7, Freedom 251, iPhone SE, iPhone 6S, and Google Pixel. Samsung’s Galaxy S7 and the Note 7 are on the sixth and eighth place. In a top 10, the iPhone gains one more place thanks to the iPhone 7 Plus.

The Rio Olympics is the most searched sporting event followed by the World Series, Tour de France, Wimbledon, and Australian Open. Somehow, the Euro 2016 event isn’t even in the top 10.

As for TV shows, Stranger Things outranked Westworld, followed by Luke Cage, Game of Thrones, and Black Mirror. The Walking Dead isn’t even in the top 10. Just saying.

If you want even more details about this year in search, hit Google’s Trends site.